It may not be far from Tav, but it is for the Post Editors

The pictures you see here are of my favourite park in Vienna, the Volksgarten. It is right next to the Hofburg, the former Imperial castle. It is also at the opposite side of the street from parliament. On the first picture you can also see the Museum of Natural History in the background. The park was opened in the early 19th Century as the first public park owned by the Emperor. Originally the park should have been replaced by an extension of the castle in the late 19th Century, but this never happened. Today it is a protected area and owned by the state. 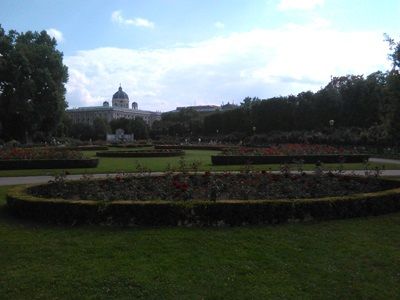 My favourite part of the park is the rose garden, which has thousands of roses of hundreds of different kinds. Some are in low flower beds, while others have higher stems. Many of the roses also have little signs with the name of their breed on them. The roses also fill the air with a wonderful smell as you walk by - or you can sit down on one of the many chairs which stand at the edges of the main paths. 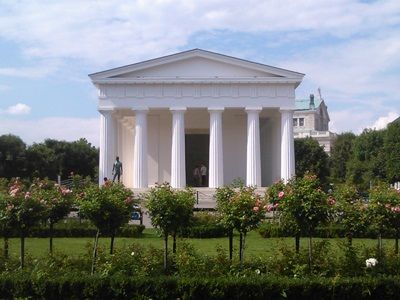 In approximately the center of the park stands the Theseus temple, which has been renovated a few years ago. It is a copy of the Theseion in Athens, but in a smaller size. Originally it used to contain a statue of Theseus, which was later brought to the Museum of arts History, where it now stands in the staircase (you can see it on one of the pictures on my Entry about Vienna). Today the temple is used for small exhibitions.