On the first picture you can see my pink oleander, it's rather small but I don't have space for a bigger one on the table. in the background there is my lavender. I bought it at Aldi last year and it didn't make any tries to bloom then. I had almost given up on it already but it's very pretty now, which means I will keep it. Mum threatened to let it die next winter (I give my plants to her during the colder months of the year). 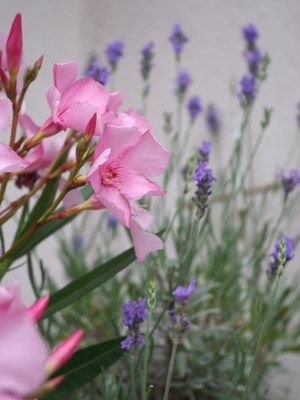 On the next picture you see one of my two roses. I rescued it from a home improvement store where they sold it half dead for about 3 Euros. I am quite proud about how it grew. It's also very pretty, the blooms change color from pastel yellow to pinkish orange as they get older. I didn't expect that when I bought it. 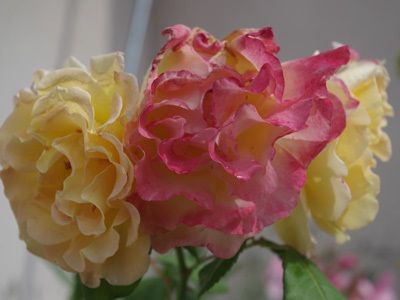 On the last picture you can see my geraniums which have taken the place of the tulips and crocus which I had earlier this year. I bought them in different shades of pink and I think they look very pretty. My mum already ordered a few branches of them so she can spawn new plants for herself. Dad complains because he thinks she has too many already. 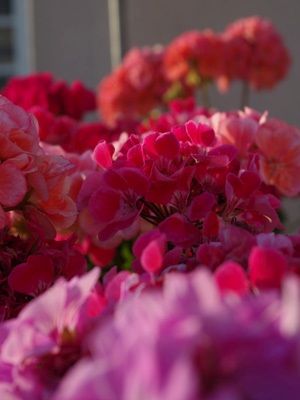