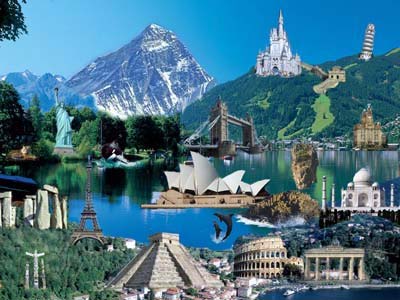 A long hot sticky night live trapping and recording "small" mammals in the Mata
Atlantica Rain Forest; gingerly grabbing snarling Brazilian water rats so fierce they throw
themselves at the bars of their traps, releasing four-eyed opossums while carefully avoiding their reptilian "grip-lock" jaws, playing with gentle common opossums and struggling with jaw breaking Brazilian portuguese over the crackling walkie-talkie - "Paulo..Paulo..es Andy...un ratto arroz....ratto arroz...Paulo...Paulo?". Finally it's time to go and we trudge back hoping to catch a glimpse of a rare water opossum in the beams of our spotlights and listening to the distant "auuummm" of howler monkeys echoing through the dark forest. We reach the research centre as the day shift are fixing breakfast and preparing for their days work, sorting out hand nets to dip invertebrates and small fish in the icy cold forest streams or larger nets to catch and measure terrapins and caiman in warm mangrove creeks. My companions of the night head off to their bunks to sleep the day away, but I’m only here for two weeks and I love this place so much sleeping would be a sin, so I slam down several bitter dark, caffeine packed cafezinhos and head off down the beach.

In the pre-dawn light everything is grey - beach, sky, forest, sea, me - grey and fatigued; suddenly a sleek grey back breaks the water and changes everything - a dolphin - in my excitement I throw off my clothes, rush into the water and swim out, to find myself treading water, slowly circling - alone, disappointed. I allow myself to relax floating in the cool South Atlantic and watch the world slowly fill with colour. The sky lightens from midnight to washed-out blue, the distant mainland hills darken from greys to smoky reds and purples and the sea takes on a myriad of constantly breaking and changing oil-
sheen rainbow hues. Finally the dark bulk of the forest fills with a million different shades of green broken here and there by the bright splashes of outrageous forest flowers. The air begins to shimmer and move, and birds take advantage of the rising warmth. A great black hawk soars along the beach looking for night carrion, black vultures circle down to the cantina for kitchen scraps, and piratical squadrons of frigate birds twist into the thermals. A phalanx of brown boobies comes low and fast towards me, for a moment I'm staring up at fifteen pairs of bright blue eyes that are squinting back down long beaks at the strange face in the water - the sight is so comical I laugh out loud and the boobies scatter in panic; two frigate birds break formation and stoop towards the panicking boobies - practice runs, getting ready for the evening when the fish laden treasure fleets of boobies and terns return to run these gauntlet of sleek hungry men o' war.
I'm so happy and filled with the life around me I begin to sing loud tuneless snatches of pop songs and half forgotten folk songs - then I settle on a rhythmic Celtic chant, I don't know were I learnt it but somehow the rhythm fits the forest and hills of Southern Brazil as well as it fits the rhythms of the bogs and hills of distant Kerry or perhaps it echoes the ocean that links both places. The chant must have some special resonance because somewhere in the depths of ocean space four bright intelligences, living vessels perfectly evolved for the eddies and currents of the ocean void, lock onto the distant constantly repeating unintelligible message of an alien beacon and turn to investigate - first contact has occurred.
As I chant on everything - air, sea, me - fills with whistles, clicks and a deeper probing sound that is felt not heard; four grey backs - two adults, two half sized young, break the surface and enter my space - a close encounter has begun. I have always dreamed of swimming with dolphins but this is different something far better they are swimming with me I'm a guest in their element not a clumsy intruder. They circle in closer, close enough to touch, but I resist the temptation to do so, their echo-probes are making far deeper more intimate contact than my clumsy rough hands ever could. Somewhere in the clicks, whistles, echo probes and their dark eyes there is intelligence, warmth, curiosity and a profound sense of joy. I chant on more softly now not wanting to break contact, but I know this encounter can't go much further, it's a feeling many travelers in foreign lands know - offered hospitality, shared friendship but no common language. They slip beneath the water and there is silence, then the two adults break the water twenty metres away and begin to rapidly accelerate towards me. Books will tell you estuarine dolphins or tucuxii are the second smallest of all the cetaceans, but these southern race adults are as large as I am, and they are moving at me with almost incomprehensible power and speed. Remembered stories of dolphins ramming and killing large sharks causes a flash of fear and a greater sense of bitter regret - could I really have imagined that warmth and understanding, and allowed my romantic notions to put me in a position were two powerful wild predators are going to eliminate me as a threat to their young? Shocked I await the impact - a metre away traveling at sixty kilometers an hour they split - one to the left, one to the right and submerge. Then adults and young surface next to me and everything water, air, me, them, us fills with joyful laughter, contact is resumed - they've played a joke and as many travelers of foreign lands will tell you, if you don't share a language then the best thing you can share is laughter. They circle a little longer and then depart - but somehow they will never leave me.

Finally a question - if a face-to-face meeting with an alien intelligence is a close encounter of the third kind, what type of encounter is it when you’re the alien and your hosts share a joke with you?