Do you garden on your balcony?

These photos here are all taken from plants on my balcony. It's about 8 square meters big and facing westwards. 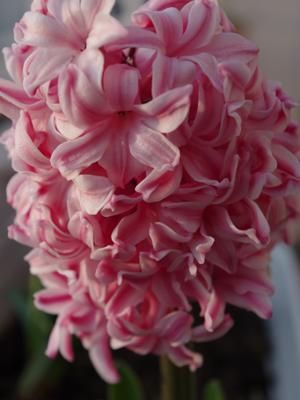 I planted hyacinths (pink and blue), tulips (red and yellow), daffodils and crocus (purple and yellow) early this year. I still was a bit late so the flowers are also late; I still have a single crocus and all the tulips. I didn't expect them to grow so well in flower boxes, but they did and I hope they grow again next year. 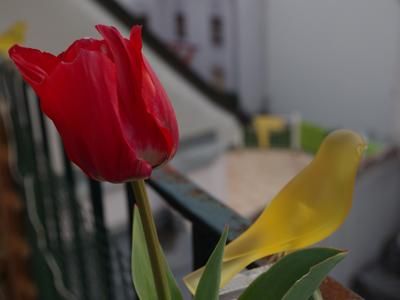 The Hyacinth is withered by now already, and so are all the other plants apart from the tulips, which really look very pretty. The photo with the tulip also shows one of the little solar lamp birds which I recently bought at Ikea. There's a small solar power cell on a stick which I put into the flower pot at the most sunny spot on the balcony. Attached to it on a wire are five yellow plastic birds with LEDs in them. When it's dark they shine in a pretty bright yellow.

Once the tulips are withered I'll put their flower boxes somewhere else and replace them with boxes with petunias, which I bought this week. I've also got a pink oleander, lavender which refuses to get any blooms and two roses in pots. The very first bloom of the larger rose was eaten by the dog. He has since then not been allowed anymore to go on the balcony alone. 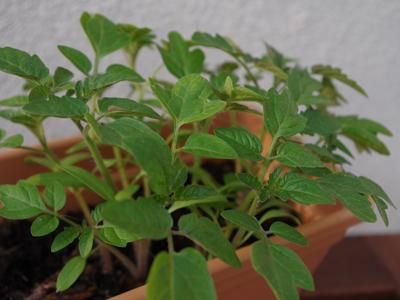 This year I also planted seeds of cocktail tomatoes, salad tomatoes and pointed bell peppers. I bought seeds from old crops, but unfortunately I underestimated the amounts of plants which would grow from half a packet of seeds. I ended up with about 15-20 of each, so my colleagues at work are now well stocked in vegetables. On the picture you can see the current state of the cocktail tomatoes.

We've also got a small bush of lovage (which we have had since last summer) and think about buying basil - we had some last year.

I hope you enjoyed this little trip to my balcony.