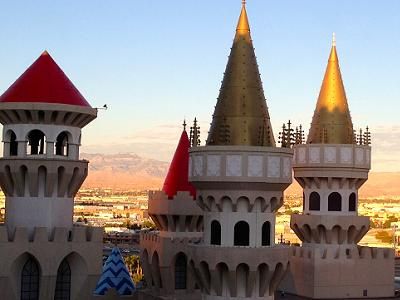 Sunday was our last day. We finished packing, and left our suitcases in the very efficient left luggage facility at the hotel check-in area. We booked a shuttle bus to the airport ($7 each). And caught the SDX back to the mall where R treated himself to a watch he’d fancied for some time.

The shuttle bus took about 25 mins to get to the airport, as it was picking up passengers at a number of hotels, and also dropping off at some of the other terminals. Terminal 3 seemed to be quite a distance away from 1 and 2, but when we arrived Virgin were doing curbside check-ins, which was a novelty for us (though the check-in girl said she’d rather be inside the air-conditioned terminal building.)

Our bags were just under the 25kg limit, and they’d go straight through to Dublin. That was a great relief! I usually have to keep toiletry bags of sun cream, lotions, toothpaste etc near the top of my case ready to ditch if my bag is overweight.

The airport terminal was quite small, though it did have a gambling room. We found a bar, selling very overpriced drinks. A man beside me asked the price of a beer, and on hearing the price asked how much a small one would be. Even that was outside his budget, and when he enquired if there was ANYTHING that he could get for his $8, the answer was no. I did offer him my last cash dollar, but he refused.
I stocked up on US sweets and peanut butter crackers in the shop, and salt water taffy for my office colleagues.

We boarded on time, but then sat on the runway for well over an hour – apparently the baggage checking computer system had gone down, and the numbers of bags and passengers didn’t match.
Our seats weren’t great. We were right beside the galley, and as this was a night time flight we’d be trying to get some sleep, but the noise and lights emanating from there made this more difficult. Worse, when the food trolley emerged it went to the back of the plane first, and by the time it reached us not all choices were available, and those that were tasted very overdone.

We dozed on and off throughout the very short night, and landed about lunchtime in Gatwick. As we had a long time before our next flight, I’d booked a room in the Yotel, situated in the terminal building and renting small cubicles by the hour. These contain a bed, a shower and loo, and a TV, and are perfect for chilling out and getting some much needed sleep before the next leg. There are plenty of food options nearby including Marks and Spencers Simply Food, and we emerged 4 hours later feeling rested and refreshed.
The final leg to Dublin, picking up the car, and driving home, all went according to plan, though we were shattered by the time we stumbled over the accumulated post behind the front door.

Final thoughts?
The journey is long. If I was going to the States again I’d pay extra to fly direct from an Irish airport, where you can do the immigration process before you depart.
I’d love to see more of Route 66, and take it at a slower pace.
Vegas is flashy, trashy, brashy, cashy. There is no such thing as bad taste, or too much bling. Are the ersatz Venetian canals et al even better than the real thing? Anything goes. No really, I do mean ANYTHING. It's a full-on top-speed no-holds-barred sensory overload.
What happens in Vegas, stays on facebook (and hootoo, of course).

Thanks for reading. And have a nice day!