The Soundtrack of My Life 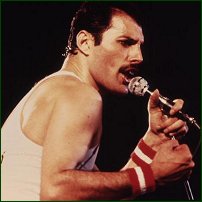 Music is a big part of my life and has been for many years in a variety of ways, so when this Create challenge came up, I was very pleased to take part!

When I was young, my parents' music influenced me, of course - they liked Elvis Presley, Simon and Garfunkel and Classical music.

My introduction to the pop scene of the 1980s was at my primary school discos - I heard Queen for the first time there, plus the Pet Shop Boys as well as other classic '80s acts like Culture Club, Erasure and Wham. I didn't buy any music myself at that time, though. The first 'gig' I ever went to was a 'Last Night of the Proms' style concert - I had a fantastic time listening to popular classics by the Strauss family, Mozart and Beethoven, followed by the rousing finale of 'Rule Britannia' including audience participation on our homemade percussion instruments.

I took music lessons at high school, and quite enjoyed them, but for several years I mostly shunned pop music and focused on classical. I learned to play the clarinet and immersed myself in instrumental music.

It wasn't until I experienced my first heartache that I rediscovered music with lyrics - I felt the pain of unrequited love and didn't have the words to express it, so instrumental music wasn't enough. It was Queen that filled my need for a vocabulary of emotion.

The first album I ever bought was Queen's Greatest Hits II and I would spend hours in my bedroom listening to it - the wistful sadness of 'Who Wants to Live Forever?' and 'Innuendo' offset by the uptempo 'I Want to Break Free', 'Radio GaGa' and 'A Kind of Magic' that I remembered from my disco days.

I rediscovered other pop music after that - I would watch Top of the Pops with my dad, bought Erasure's new single and album of Greatest Hits and also found solace in the lyrics and passion of Simon and Garfunkel's 'Bridge Over Troubled Water' and 'I am a Rock'. I started learning to play pop music on a synthesiser. And of course I added to my new collection of Queen albums whenever I could.

I wouldn't normally do this kind of thing

As I wrote in the Got the Music in You challenge for Create last year, I was eventually bold enough to go to a Queen Convention, and had a great time.

I rediscovered the Pet Shop Boys by chance one day in a shop - the background music was 'Always on my Mind' and the tune sounded strangely familiar. When I returned home, I realised that the version I played on my synthesiser was not just a jazzed-up Elvis Presley version as I had previously assumed, but was in fact the Pet Shop Boys version. Fascinated, I bought their Greatest Hits album, which included the amazingly powerful song 'It's a sin' that I had loved to hear at the disco and whose lyrics strangely meant so much to me, and other songs including 'Liberation' that came to mean a lot to me. I also bought the sheet music of the album and enjoyed listening to and creating the electro-pop sound in my own way.

My synth also provided a route into the 21st Century - I used a Movie Maker program on my computer to combine recordings of my playing with photo slideshows and uploaded the results to YouTube for other people to admire (or mock). I also discovered a gap in the H2G2 Edited Guide and was honoured to be able to fill it by writing an Entry on my favourite member of Queen - their Bass player John Deacon.

These days, I have an eclectic mix of music in my collection - from Lady Gaga (who was influenced by Queen) and Pet Shop Boys to novelty pop like Cartoons DK via Mediaeval Baebes and Tchaikovsky. However, my favourite items in the collection are still the songs by Queen.