While researching the events surrounding RMS Titanic for this anniversary issue, I ran across a lot of cool stuff. I thought I'd like to share some of the images I found. Here, then, is a memorial album to RMS Titanic. May all those who sailed in her rest in peace. 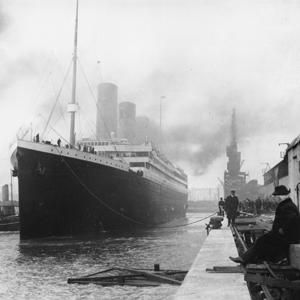 When the hull of Titanic was first launched on 31 May 1911, it was the largest man-made object ever moved. It took 22 tons of tallow, soap, and train oil to grease the slipway. In April of 1912, after being dry-docked in Belfast, Titanic, the largest ship in the world, was moved to Southampton, her port of embarkation. 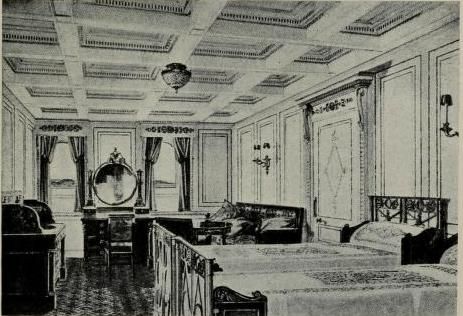 This ship was built for luxury as well as speed and strength. This is a first-class bedroom. Can you imagine living in something like this –   afloat? It must have been an amazing experience. 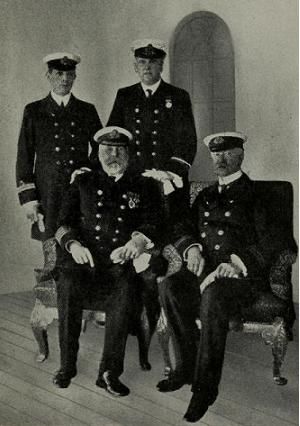 Even before Titanic got fully out to sea, there was a problem. Departure was delayed for an hour due to a near-collision with the New York. The water displaced by Titanic's movement caused all six mooring ropes on the New York to break. The ship's stern missed Titanic by four feet. They just weren't used to handling ships this big. 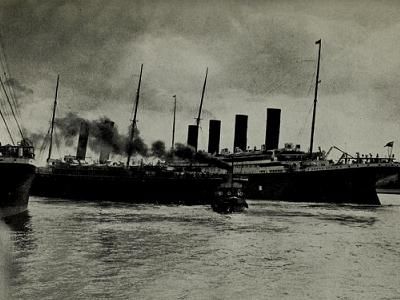 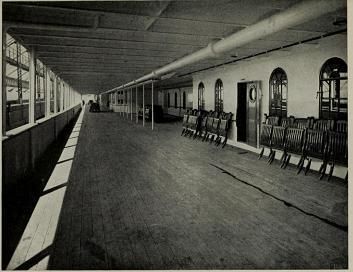 The promenade deck of RMS Titanic looks roomy and pleasant, and pretty much like the one Jack and Rose practiced spitting from. The chairs lined up against the wall make one uncomfortable, though: maybe it's that cliché about 'rearranging the deck chairs'?

They had a smoking room. This was probably so men could get away from ladies. (It wasn't because of health concerns.) This picture is just here to remind us how luxurious and pleasant the voyage was – particularly in first class – until the disaster actually struck. 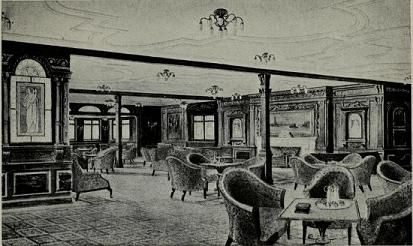 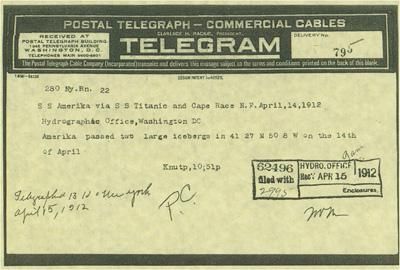 The SS Amerika, a German ship, sent a warning telegram about seeing icebergs. Here it is, from the archives of the US National Oceanic and Atmospheric Administration (NOAA). According to one survivor, if the sea had not been so calm, Titanic's watchmen might have spotted the iceberg sooner – they would have heard the surf crashing against the ice. Icebergs are dangerous, but since the sinking of Titanic, ice patrols from Canada monitor them and warn ships. They haven't lost one yet that has heeded their warnings. 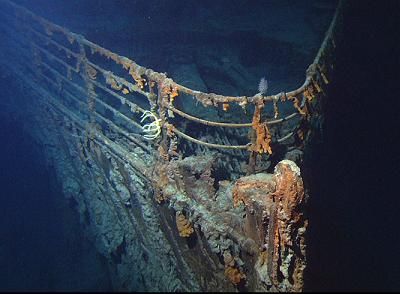