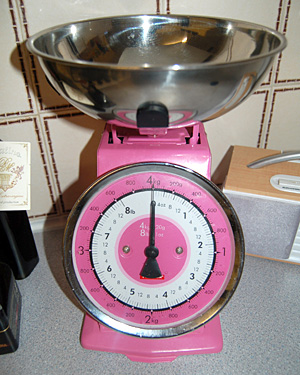 I was listening to Garrison Keelor a while ago and he seemed to be a bit short on his understanding of the decimal system, and I realised that Americans needed further advice.

A couple of examples he gave were 1000 microphones equal 1 megaphone and 10 cards makes a decacards (say it aloud).

I realised we had lots more mysteries that would need explaining for the visitors we receive from abroad.

If you finished your education in the last 20 years you will probably proclaim that you think in metric.

Answer these questions without converting anything to anything else:

How tall are you?

What do you weigh?

How far do you live from your grandparents/London/John O'Groats?

If your education finished longer ago than that you probably know nice days are in Fahrenheit and cold days are in Centigrade/Celsius (75F is a lovely day, while 0C or -1C is wintry).

Petrol is sold by the litre but fortunately you can still buy cars that do miles per gallon.

If you don't know what petrol is you can buy gas by the gasometer. It is advisable to extinguish all naked flames as you drive in. Also hold your breath.

Unlike America where you buy milk by the shake we tend to have ours by the pint (about 25% bigger than yours, by the way) which appears in glass bottles on our doorsteps by magic.

But if you buy it in a supermarket you have to buy it by the litre, which makes it cheaper. There's about one and three quarter UK pints to the litre but as it is less than half the price you're better off not relying on the doorstep magic unless you are rich or want to support local businesses.

Then there's the metric mile. This is a track event where runners run 1500 meters just to confuse motorists who now have to work out how many 1500 meters to a gallon for fuel consumption.

To help with this calculation car manufacturers have put tenths of a mile on the odometer (that thing on the dashboard with numbers going round like the hit counter on a web site). So now you only have to work out how many 176 yards there are in a 1500 meter race and divide this into the number of gallons you've used since you put 71 litres in at the last service station... and divide by 10. Simple.

As for weighing, nothing could be simpler. In Holland they still weigh babies by the pound. (One Dutch friend told me, "It's because you weigh fruit and fish in kilos, not babies!") The problem is their pound is 500 grams. An English pound is a much easier to remember 454 grams.

Now, in England we buy small quantities of boiled ham or roast turkey or whatever from a delicatessen, by the quarter pound or "quarter". Yes, I know, in the good old pre-metric system days a quarter was 2 stones, or 28lbs (pounds) or quarter of a hundredweight (cwt) (112lbs) twenty of which made a ton 2240lbs.

Aside Apparently a metric tonne is 2204 lbs - how spooky!

But walking out of a delicatessen with 28 lbs of cooked meat was unlikely to happen so they knew that you were referring to an amount smaller than that when you pressed your sweaty finger into the pink pile of sliced meat and said, "A quarter of this, if it's fresh".

So now when people say "A quarter of ham, please," the assistant knows they want 113 and a half grams. NBIf they offer 100 grams as an equivlent turn it down instantly and say "I'm sorry I don't eat metric, I'm allergic."

If you're not sure how to order things in metric, order by the slice. They haven't decimalised the slice yet. "Four slices of that roast crocodile meat, my good man, and make it snappy!"

Do you know how many traffic wardens to a meter? Now there's an idea for a guide entry.