A few weeks ago, I promised that if I got my books back from the cleaners', I would continue my habit of bombarding h2g2ers with sacred texts, beginning with the Bhagavad Gita. My bookcases are back, full of titles, and smelling like...well, since their ozone bath, they smell like books and wood, no sign of smoke damage. If you think that seems a bit numinous – the world's knowledge passing through the fire and being cleansed by ministering angels, to emerge unscathed by human folly – then you and I are on the same page.

You may also qualify for the same size tinfoil hat as I do.

Here, then, are a few gleanings from the dialogue of Krishna and Arjuna.

A note for the uninitated: In the epic Mahabharata, meaning 'Great Battle', Arjuna, the world's premier archer, is forced into a fratricidal civil war. His cousins are on one side, he and his brothers, demigods all, on the other. Arjuna thinks this is stupid, and says so, loudly and at length. In the Bhagavad Gita, or "Song of God", the god Krishna – think Jesus with more sex appeal and a cyanotic complexion – stops driving Arjuna's chariot long enough to explain patiently that the universe is a bit more complicated than Arjuna thinks. After eighteen dialogues' worth of philosophy, Arjuna settles down and gets on with the combat archery. 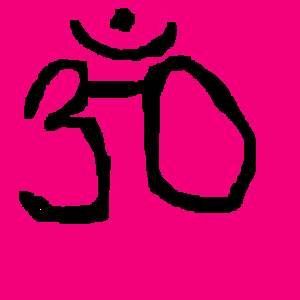 Chaos you had. Chaos you'd made. No more light – electricity shut off. Dangerous to move around – danger underfoot, debris from the firemen's onslaught on the burning kitchen, danger in the air, hazardous breathing conditions from smoke and chemicals. The ruins of what had been, a short time before, a modest but fairly orderly daily life.

What good was all this chaos? Sifting through rubble. This is what you should take, this will fit in the car, that's ruined unless they can clean it, that's junk you should have thrown out already. Your back aches. You feel adrift, neither here nor there. What is all this going to cost? Can you pay all the pipers?

The magic bow slips from my hand, my skin burns, I cannot stand still, my mind reels.

The fire in the kitchen was a short, sharp shock to the system. Into survival mode, into kindness-of-strangers mode, into the no-mind of "where am I?" The following three weeks, living on the floor, living from hand to mouth, living in the cracks. The emptiness of the apartment conducive to zen reflection: What is the not-doing of modern life? Is it having nothing in your flat but a coffee pot and a computer? Is online the new samadhi state?

Everything is rearrangement. More space, more steps from table to door, from bath to bed, from here to there. Everyone needs a change-of-address form, from the postman to the city government. Question: Can the outlying dimensions still find you, when you've relocated a quarter of a mile on Earth? Does it matter that you're on the ground floor now, facing the woods, instead of on the first floor facing the road? Rearrange your spatial sense. Rearrange your mind. Wonder if they've been right all these years, you need a good cleaning between your ears.

Lying down, nothing between you and the floor but air, afloat, adrift, the mind reels.

The doors of heaven open for warriors who rejoice to have a battle like this thrust on them by chance.

The opportunities: New flat, new chances. Everything clean, empty. New people to meet – the technician who installs your router and phone, and makes jokes about his coworkers. The woman at the bank who helps you with details, wishes you luck. The geek in the geek store who sells you a new computer, dirt cheap, new features, cool. The new next-door neighbour who seems friendly, warns you about remembering to lock the back door you now have. New faces, new names.

The battle may be thrust upon us by chance, but we might just surprise ourselves by being ready. What was it Hamlet said? "The readiness is all."

No effort in this world is lost or wasted.

Almost a month later: Unpacking box after box of worldly goods you'd forgotten you owned. In the dining room, unwrapping two square feet of carefully packed protective paper. What is it this time? A crystal dish, inherited. Important. Next time? A plastic egg cup, worth 50 cents at the junk store. Perhaps equally important. Who can tell without a star map?

Each item has been carefully catalogued by the recording angels of the company which is charging you and the insurance people a small fortune for this service. The ruins have been photographed, digitising the catastrophe. Then each artefact has been sponged, the absorbency of miracle substances soaking up disaster, removing the dirt of trauma. For serious cases and for electronics, there is an ozone bath, a ritual of purification that takes away the smell of the fire. Some of these things have been through three cleansings. The fire was hotter than you'd thought, the smoke thicker. The Aryan founders of Vedism would have appreciated this detail.

The irony of having your material connections to this earth rescued by a team leader named Tierra does not escape you, although many other things might get lost in the shuffle.

You uncover photographs of a lifetime, papers, a library of books – musical instruments, cooking utensils. At the bottom of a carton, the kitschy sculpture of Neuschwanstein Castle.

The Dharma of Moving On

Never have I not existed, nor you, nor these kings; and never in the future shall we cease to exist...Nothing of nonbeing comes to be, nor does being cease to exist; the boundary between these two is seen by men who see reality.

Sunday morning, coffee on the patio. A doe runs by the screen door, no more than 15 feet away. You feel absurdly blessed.

You're tired. You sleep at night, and no longer yearn to go back to a nocturnal existence. You have thoughts again that are unrelated to liability and property claims. The move has been expensive, but not crippling. You begin to look for work again.

You dare to enjoy the new arrangement, although you try not to become too attached. You are merely grateful for the autumn view outside, the aroma of the coffee, the space to sit and think.

Fire and flood, birth and death – nothing wipes out consciousness. It merely finds a new home.

Moving on is part of the process. 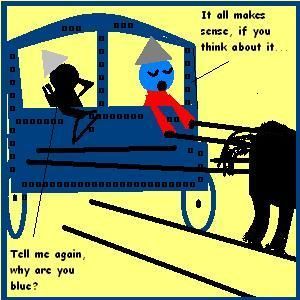 In case all this hasn't turned you off Hindu phlosophy, you can read the Gita online, and even hear it sung.

For those who have not yet seen it, Peter Brook's four-hour film version of the Mahabharata, the epic which serves as the backdrop of the Gita, is an amazing and (to this writer) life-changing experience2. Not everyone agrees – it might be wise to precede a viewing of this Western interpretation with a reading of a very negative review by an outraged Indian critic. Bhattacharya's right, you know – the film ain't Bollywood, and they do have a rope ladder going up to Heaven. If that sort of approach to the sacred offends you, best stay away.

1Quotes in this article are from The Bhagavad-Gita: Krishna's Counsel in Time of War, translated by Barbara Stoler Miller, Bantam Books, 1986.2All right, when I first saw it, I was in hospital after life-saving emergency surgery, even further out of my mind than usual on pain-killers, which is to say, extremely suggestible. I still think the film is amazing.