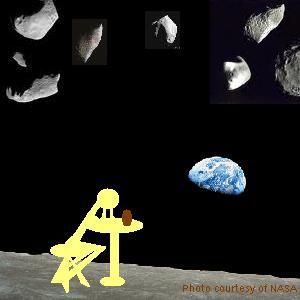 I have the weirdest thoughts.

Okay, you knew that. Even I knew that. But this time, it's all Bel's fault.

You see, she's been inspiring us with her reportage on what people in world capital Berlin were thinking back in 1900. That got me to thinking about a lot of things. One was that us language-and-lit people are really ahead of the historians, because we come by our factoids the old-fashioned way: by reading novels, and then having to look stuff up. Since it's not possible to understand, say, Sister Carrie, without finding out more about late-19th-century Chicago, we find out. By then, it's all in context for us, and we have a rich picture in our heads that bears little or no resemblance to a bar graph. But I digress. I was going to tell you what Bel's 1900 thoughts made me think of. Here I go, thinking again....

Apparently, the Berliner Illustrierte Zeitung (aren't we glad that title has no umlauts?) surveyed its readers to see what the well-educated cosmopolite thought were the big questions back then. Just as we do now, only without benefit of Twitter. Cool enough. It occurred to me that one of the burning questions among people in the US back then was one I haven't heard anybody ask in my lifetime:

Will we know each other in heaven?

Now, a word of reassurance: This is not another Biblical song and dance. In fact, I'm going to be talking more philosophy than theology here, and quoting more members of the Western Occult Tradition than anybody else. (I know, I know: I promised somebody I'd write one with lots of quotes from the Baghavad Gita, but my library is still in the hands of the ritual cleansers after the Great Fire of Durham, so that will have to wait until I can get back to my annotated sources.)

Why I was interested in the question – and why I think it might be worth talking about – is that the underlying assumption about life, the universe, and everything, that is implicit in it, might just be fun to noodle around with.

Especially so close after 42 Day.

Consciousness, we generally feel, is an emergent property. The assumption that most people are making – consciously or unconsciously, hee-hee – is that it is not only emergent, it is epiphenomenal and ephemeral.

Bosh, say I, and I'll proceed to tell you why, in nauseating detail.

But first a word about the god Science. There is nothing wrong with the Scientific Method. The Scientific Method is cool. Without it, we wouldn't know what we were talking about. Without proof, reproducible experiments, and rigorous methodology, we'd all be stuck arguing endlessly about the most basic concepts, and we'd never get anywhere at all. Of course, it is demonstrable that ants can't be 17 feet high – they'd collapse. It helps to get nonsense like that out of the way early, and avoid a few potholes on the road to understanding. But one needs to be wary of committing the Lavoisier Error: the one that said of meteors in the 18th Century, "There are no rocks in the sky. Therefore, rocks do not fall from the sky." Oops. The moral of the Lavoisier story is that Science knows what Science knows – and, if it knows what's good for it, doesn't try to know what it doesn't know until it's got a good experiment going.

The fact that Science has a name means there is a way to think that is Not-Science. In that way of thinking, speculation is possible. We enjoy that kind of speculation, or we wouldn't read fiction, now, would we? We'd like our Non-Science thinking to be rigorous, if possible, but sometimes it's a matter of what my dad calls "holding your mouth right". Let's try, though.

But assuming that consciousness is an emergent property of existence, it is being taken for granted by millions of people that this consciousness is also epiphenomenal, and that it ceases at the moment of death. I suspect this is a frame-of-reference problem: We don't see any rocks in the sky, so rocks don't fall from the sky. We don't see any other worlds, so there aren't any. If there aren't any, where would the consciousness go when it becomes disconnected from this world, when it dies? And "everybody knows" that there are no other worlds, because we don't have their urls.

Other people throughout history have speculated on the possibility that this may not be true. We know this, because they have written books about it, sung songs about it, lived their lives in accordance with their theories about it, and formed schools of thought, philosophical movements, and bowling clubs based on it. (Okay, I'm kidding about the bowling clubs. At least, I think I am.) They say, "Consciousness, once it emerges, cannot be erased. You can check out of this reality, but you can never leave the multiverse. You're here. Get over it, and start looking for a good café." Or words to that effect.

The problem is interface. If our consciousness is, in essence, immortal – or, at least, capable of surviving its passage through this reality construct – where does it go next? How? Oh, and how can one make sure there's good coffee at the next stop?

Shakespeare put it better, of course:

"To die, to sleep; To sleep: perchance to dream: ay, there's the rub; For in that sleep of death what dreams may come When we have shuffled off this mortal coil, Must give us pause..."

And that brings us to the question: To be here, or to be there? (The answer is still not 42.)

Why 19th-century people in the US were concerned about the question of knowing their relatives in the next world is simple: Most of them believed they were headed to the same afterlife. (Most of them still do, according to scientifically-conducted polls by people like the Gallup organisation, who use the latest statistical techniques to make sure their data are accurate. This persistence of belief might surprise us, in view of the declining interest in religion worldwide, but apparently a lack of interest in ritual does not alter the profound personal belief that one is entitled to a new and better address in the By-and-By.) US people in the 19th Century, being fond of their loved ones – which is why they called them loved ones – wanted to make sure they could find them again next time. The theologians weren't sure about it, and debate raged.

This sort of speculation wasn't limited to what people term mainstream Christians. The occult scholar Dion Fortune1 wrote in her 1949 study, The Cosmic Doctrine, that it was impossible to meet people you didn't like in the afterlife. It just wouldn't happen. I think she was in agreement with anthropologist and shamanic practitioner Carlos Castaneda, who famously said that when leaping through the crack between the worlds, you jumped in "the direction of your predilection".

What would that mean for transferring between worlds? What would that mean in terms of meeting your loved ones over there? Could we make an appointment, say, "meet me at the clock tower, noonish, I'll be wearing a red carnation?" And what does that have to do with the price of coffee?

Let's assume for the sake of argument that there is another shared universe after this one. That somebody's done a better design job on it than on this one, and that good things happen. Let's also assume that the foregoing nonsensical speculations apply, and that where you go depends on what you want. Now let's take a test case: Darby and his wife Joan, who have been married for donkey's years.

Darby loves his wife, and plans to spend the next piece of eternity with her. As far as she consciously knows, Joan feels the same way. Unconsciously, though, there's a serpent in the Garden...

For the last fifty years, Darby has been leaving his socks on the floor. For the last fifty years, Joan has hated this. She can't get him to change this bad habit (he doesn't want to), and she loves him anyway, so she takes the bad with the good. The moment of jumping-off takes place – you know, that moment in Titanic when Kate Whatsherface and Leonardo daSomething leap off the bow of the ship, the one where, only hours before, they had stood announcing their joy to the world. Now what happens?

Joan leaps in the direction of a place where socks live in drawers and hampers, not on floors, where things are tidy and sweet-smelling.

Darby leaps confidently in the direction of the status quo ante   – a world where he is free to down socks wherever he pleases, and is loved for it. I doubt this place exists over there, so I assume he ends up in a compromise (if not compromising) position.

You see the problem?

What Roll? Whose Yonder?

Consciousness needs a home. Some people believe it's all an accident, and that consciousness will be forever adrift when it leaves this shared domain. They worry, like Hamlet, about what happens in "that bourne, from which no traveller returns". Others think that consciousness has found the loophole, and made up its own bootstrap worlds. That's why we read about these worlds, be it in terms of science fiction or philosophy, religion or esoterica. They think it's important to think about it, because thinking might just make it so.

Whether we're concerned about this or not, it is perhaps useful to speculate with Darby and Joan that it really isn't possible to dictate another's preference for an afterlife. It might be a good idea to undertake a personal intervention, while the undertaking's good, and avoid falling afoul of the Socks-on-the-Floor Clause.

This information probably comes too late to help the 19th Century (I hear them yelling, "NOW you tell us!"), but it might avoid future embarrassment.

I will now go and polish my tinfoil hat, and leave you to read more about the pioneer chemist Lavoisier. May no rocks ever fall on your heads. 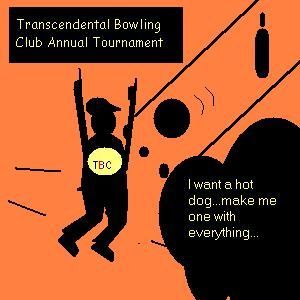