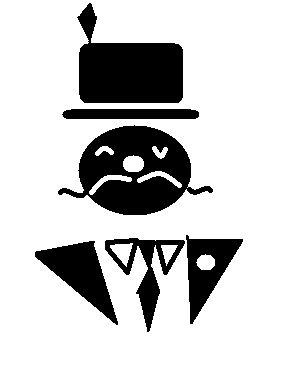 The following is a co-production for the h2g2 Post and h2g2 Aviators on the occasion of h2g2's 10th Birthday.

At a time when news only travelled as fast as a person could walk from A to B on foot, when only few people could read and write, Bänkelsänger (probably best translated as: ballad mongers) in Germany went from fair to fair to bring the latest news to the common folk. The original form, the Zeitungslied ('newspaper song') of the 15th and 16th Century, was a song in verse form, telling the latest events while claiming to be up-to-date. This was followed in the 17th Century by the Bänkelsang: usually a report of recent horrible deeds (to satisfy the craving of the masses for such news). The Bänkelsänger stood on a small Bank (bench), singing, while pointing at a series of paintings at the same time. Leaflets with pictures and text were often sold on these occasions.

The Moritat (the word probably comes from stretching the word Mordtat (literally: 'murder deed') to Mo-red-tat) is a special version of the Bänkelsang, describing in many staves some horrible event as shown on five to six pictures, and usually accompanied by a
street organ. It was presented by professional Moritatensänger (M-singers) at fairs. The texts were often ordered by publishers and written by anonymous authors, teachers, or the singers themselves. They were sung to well known melodies, and leaflets containing an extensive account in prose as well as the song text were distributed. The pictures were often painted by Moritaten-Maler (M- painters).

The first evidence of Moritaten dates back to the 17th Century, but they had their heyday in the 19th Century. Main topics were sensational events of the day (so writers and painters had to be very quick), as well as crime and the punishment thereof. It was rare that political events were featured, mainly due to the censorship of the time. A Moritat always ended with an educational conclusion, the 'moral' of the story. The tenor of it all was expressed by the victory of the good over the bad, which was institutionally substantiated in the authorities.

A variant of Moritaten is Küchenlieder ('kitchen songs'), because this is where such songs used to be sung by the house servants to while away the time; and this is most likely how the songs were passed down. Although they have all the characteristics of a Moritat, the content is often about extramarital love and its consequences, and the 'moral' and even the whole songs are tongue-in-cheek. In the 20th Century, the tradition of the Bänkelsang and all that surrounded it came to an end, but it influenced poetry (ballads) and cabaret until not too long ago.

The following 'kitchen song' is one my mother sang with us when we were teenagers. She herself had learned it when she was a teenager. I had to call my sister (whose memory is much better than mine) to ask her for two of the lines which I couldn't remember. Fortunately, she remembered them. There is nothing to be found on Google, so this is a 'world première' as far as I can tell. So, lest I forget, I wrote it down, and in order to be able to share with my English speaking friends and readers, I translated the whole thing, adjusting the text in places to keep the rhyme and the rhythm while not losing the meaning. I even 'hired' a painter for the occasion, and dmitri was so nice to create these wonderful pictures which truly capture the 'feel' of the song1. Now all I needed was a sound engineer and composer for the intros and the outros, and who better to ask than 2legs, from the h2g2 Aviators. He was so nice to work his magic on my recordings, the result of which you'll be able to hear when you click on the links in the song title below. All in all, this is a collaboration in true hootoo style!

Most of you will probably recognise the English proverb 'Cut off your nose to spite your face', which is taken very literally in the following song. The proverb is allegedly first recorded in AD 1200 as a Latin saying, and is mentioned in 1788 by Peter Grose in his Classical Dictionary of the Vulgar Tongue. It is fascinating how far-spread some things are. Although I can't think of a similar German proverb, the idea must have been known here, too. I hope you'll enjoy my very own version of the Rentier2 Schnase. 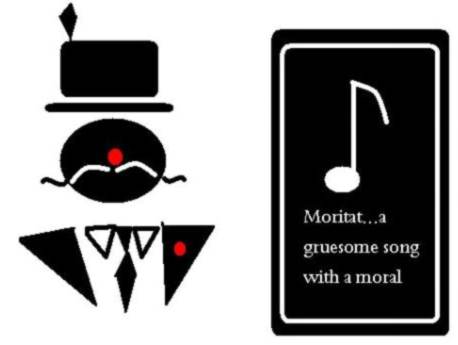 Now listen to the gruesome tale of pensioner Mr Shnose

Who took his life - and not through ale, because of his red nose.

His hooter you could see

Blinking from far away.

The mockery was extremely bad

It made him very sad. 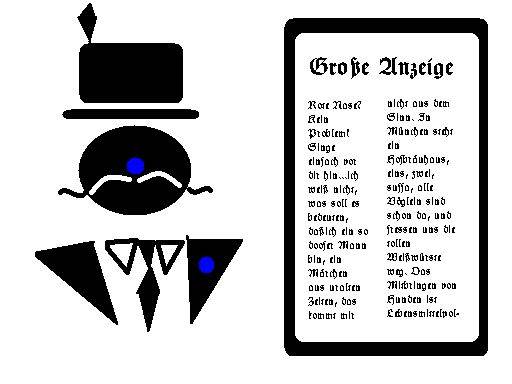 That a professor of good reputation a counter agent had.

He quickly went and acquired

Two pounds of the stuff so dire.

Applied it to the instructions true

But now his nose turned blue. 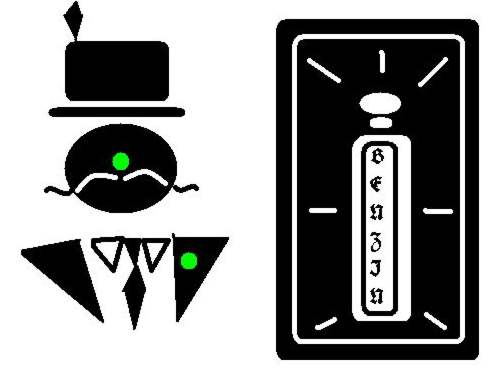 On showing this to his practitioner the doc reached for benzine

And rubbed until he was exhausted, and then the nose turned green.

In the end you could see grow

A lot of spots on show. 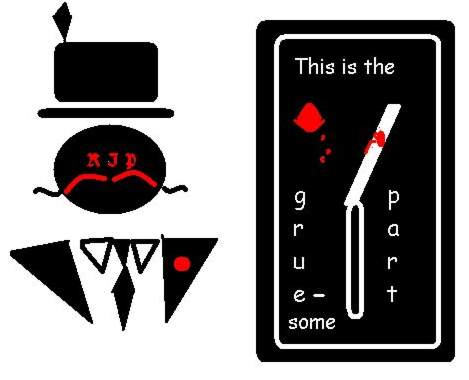 This added insult to injury, his reaction wasn't sage.

'This nose, it cries for blood!' said he in his anger and his rage.

From a professor's wife

He bought a barber's knife

Cut off his nose in one fell swoop

Then into the grave he did troop. 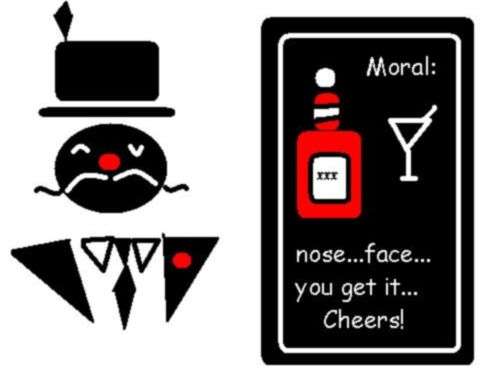 And the moral of the story:

So if you suffer from red noses just bear them with a grin.

Don't try to cut your throats or noses, cause suicide is a sin.

Even if your face's snoot

Whether it's sky blue or purple red

Take to booze and drink till you're dead.

1He also checked my translation and suggested a few alterations.2This is not a reindeer but the French word for pensioner, and as such the pronunciation is French.