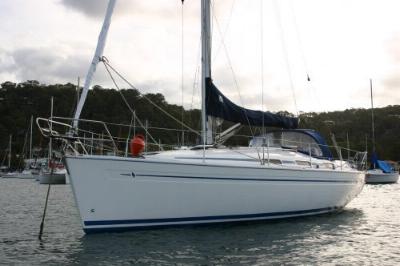 There is a whole philosophy, espoused most eloquently by Mireile Giuliano in her landmark book 'French Women Don't Get Fat', that says that food should not just be treated as fuel, but should be enjoyed. In contrast to TV dinners and fast takeaway food, she suggests that we should return to the old-fashioned notion that mealtimes are an occasion. The table should be cleared and set, the TV and computer should be turned off, and everybody should sit down and concentrate on the business at hand, which is to eat, drink and be merry.

We couldn't agree more, and, on land, have found that little touches such as clearing the mail off the table and lighting a candle before dinner have a wonderful focussing effect on the palate. We also buy only fresh, in-season produce, and don't have or need a freezer or a microwave, much preferring the taste and flexibility that comes from freshly prepared ingredients. Rather than hastily cramming pizza over a magazine, we like to dine in style on artistically presented fresh food, perhaps accompanied by a glass of wine or two. Rather than gulping down the food in haste before returning to some interrupted project, we find ourselves relaxing, taking our time, chatting and laughing, often finding that our evening meal stretches out through another leisurely bottle of wine until it is time for bed.

This is, of course, our land-based philosophy. Reading the cruising tales of other couples, we couldn't help but notice that many of them adopt a calory-counting, expeditionary, 'It's Thursday, so it must be tinned spaghetti' style of provisioning. On the face of it, that makes a sort of practical sense. Lots of similar objects (cans, packets) are easier to pack together than lots of dissimilar ones (leeks, eggs), and it's pretty easy to deal with inventory when you can just count how many tins are left in the locker.

Living In A Box 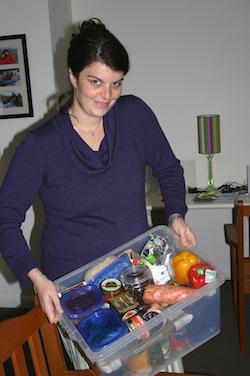 We were still a couple of years away from setting off across the Pacific, so we had plenty of time to experiment. We decided to try to develop a processed-food menu that could fit into a standard sized plastic box. Our reasoning was that we could pack one box per week full of useful ingredients and combine them in different ways to give some variation, while maintaining a standard inventory. We had a lot of fun hunting through unfamiliar aisles at the supermarket, perusing use-by dates, discarding packaging, and finding out the most efficient way of cramming all the stuff into one big 3-D jigsaw puzzle and still get the lid on. Finally, after several nights and a lot of rethinking, we succeeded. The box was pushed into the corner of the kitchen, waiting for a suitable date to start the next phase of the experiment: living out of the box for a week.

Days passed, and it never seemed to be quite the right time to start. First, strawberries came into season, and then some friends came over for dinner, and then we were going away to a wine fair. The box sat, colourful labels frowning at us through the transparent plastic. Still, we reasoned, at least we were testing the longevity of the products.

Weeks later, we decided that we'd had quite enough procrastination, and started in on our menu.

Now, Bronwyn is a quite remarkable chef, and can turn almost anything into a delicious feast, but we were suddenly faced with entire meals consisting of nothing but dried and processed foods. There was nothing wrong with each individual dish, but we very quickly found that there was a terrible sameness about everything, and all the joy went out of our mealtimes. On day three, we gave up. It was time to re-think the whole thing.

We began to buy fresh and preserved foods simply to leave them lying around in the house. Our flat became a treasure trove of vegetables and bags and packets, stuffed away into odd corners and under the sink, to see how long they would last before going putrid. We moved some of the more likely candidates to the boat, and left them at the back of lockers and in the bilges to see what would happen to them.

On the whole, we were favourably impressed. With the exception of supermarket vegetables (refrigerated in transit, which ruins them) most things were pretty resistant. Vegetables from the greengrocer were just fine, lasting weeks or, in the case of some root vegetables (one particular sweet potato springs to mind), months. None of this is too surprising; people have been keeping vegetables on shelves and in larders for thousands of years, but it is curious how we have been infected with the insidious virus of 'due dates'. Once you get used to ignoring them, provisioning gets a lot simpler.

We made some interesting discoveries. For instance, in the Arab world, butter can be bought in tins. When we got hold of a tin and discovered that it is made in New Zealand, we thought that we had it made, but it turns out that the only way to buy it in Australia is to order it to be shipped at great expense from America. While doing some research into other possible sources, Bronwyn discovered a whole host of American survivalist websites that, as well as teaching you how to skin a cougar or defend your house from marauding foreigners, had many useful things to say about the preservation of food. Butter can be boiled and then stored almost indefinitely in sealed jars; we tried it, and it works just fine. Some of the most interesting and innovative recipes of all come from The Hillbilly Housewife. 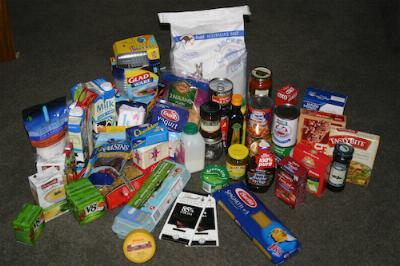 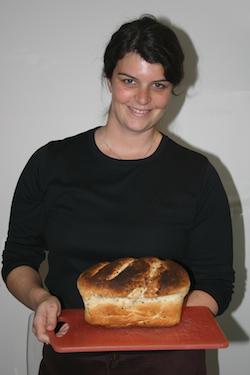 Many cruising books mention how great it is to have a sourdough yeast culture aboard, so that you can bake fresh bread. Some of those books make a big deal out of how hard it is to keep the culture alive, discussing the perfect container and position, and laying out complicated routines for feeding (even to the extent of cutting short shore leave to rush back and feed the yeast). This seemed a bit excessive, so we performed some experiments.

We started yeast cultures from commercial dried yeast, from the sediment in the bottom of a beer bottle, and from the scrapings of root vegetables. They all worked just fine, although the commercial strains were more active. We fed them on various kinds of flour, and discovered that they liked strong bread flour the best. We tried a few different containers, but in the end settled on a simple plastic tub.

Then we got nasty. We let the culture dry out and die, and then a week later added a bit of water and flour, and it sprang back into life. We put a sample in the freezer for a fortnight, and then woke it up the same way. We left the lid off the tub and let the whole thing go green and furry; when we scraped the mould off and added flour and water, back it came. These cultures are unkillable!

Once a day we just throw most of it away, and add some water and a handful of strong flour. That's it. There is no drama if we miss a day or two. Sometimes if we've been particularly mean the mixture starts to smell evilly, but after a day or so it always seems to come right... and if we really need to bake something and the culture is having a bad day, we can always start a new one with commercial dried yeast.

Oh, and it makes wonderful bread.

We also acquired a 'yoghurt maker', which is simply a double-walled thermos flask. You mix some milk with natural yoghurt (or with commercial yoghurt mix) and put it in the flask with a dose of boiling water in the separate compartment. Once the lid is closed, the water keeps the inside of the flask nice and warm and, overnight, you have as much fresh yoghurt as you like.

We weren't planning on taking any cows with us on the boat, so we tried it both with UHT milk and with reconstituted powdered milk; both worked just fine.