For the last time all you need to do is come up with a funny, original caption for the featured picture taken at the recent Dutch Meet 2004. Please post your entries only in the relevant Caption Competition thread which, for this week, can be found here. The
writer(s) of the best caption(s) for this final week will receive a special mention in the editorial.

The fifth competition featured Towel Master guarding the keep during our 'cultural excursion'. The winner is, yet again Sea Change with:
The desperate husband is still waiting for his wife to leave the knicker-shop, three hundred years later...


Picture for this week

This competition closes at midnight GMT on Tuesday
15th February 2005. 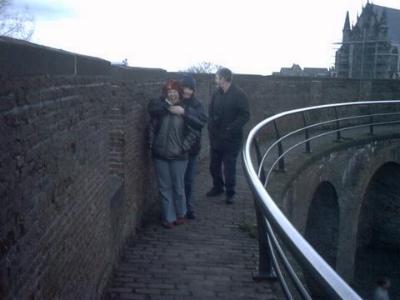 Murder not on the dancefloor