All you need to do over the next few editions is come up with a funny, original caption for the featured pictures taken at the recent Dutch Meet 2004. Please post your entries only in the relevant Caption Competition thread which, for this week, can be found here The
writer of the best caption for each picture will receive a special mention in the editorial.

The first competition, which appeared during the winter break, was of Reddyfreddy eating an oliebal. The most amusing to me - having tackled many of these particular Dutch delicacies - was given by
Max Head Room: They bite back

Honourable mentions to Lucky Star for Oily Balls? You're sure these aren't actually pigs testicles? and Master B for The Amazing '"Eat An Apple, Crap A Lamp" Man' warms up backstage.

Picture for this week

This competition closes at midnight GMT on Tuesday
11th January 2005. 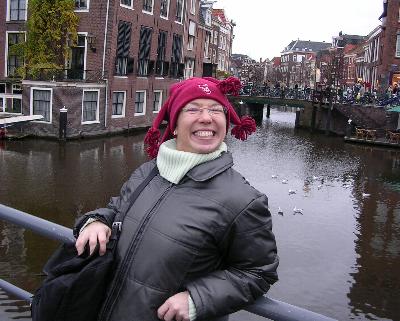