Hello again, everyone, and welcome to the first of what I expect will be an extremely infrequent series of reappearances by the film review column that isn't as good as you remember it being the first time around. With Christmas almost upon us and the season of good cheer casting its usual pall of despair and stress across the world, I thought we would look at a pair of films drawing their inspiration from classics of Gothic horror. Fairly indirectly, as it turns out...

Sometimes it seems you can't keep a dead man down. David Goyer's Blade Trinity is the second film this year to feature Dracula as its main villain (the other, of course, was the rather overwrought CGI-fest Van Helsing). This time around he's played by Eric Cantona lookee-likee Dominic Purcell - people seem terribly keen to bring the Count back, only to completely reimagine his image and demeanour. Very strange...

Rather cutely, in Goyer's film Drac has been hiding out in Iraq, from whence he is extracted by a posse of vampires led by Parker Posey (who seems less keen on drinking blood than chewing up the scenery), as part of their scheme to bring about the ultimate vampiric domination of the world. The exact details of this scheme are a bit vague, but less so is their plan to sort out their dhampiric nemesis Blade (Wesley Snipes) by framing him for a series of murders he... well, he actually has been committing in the course of the previous two movies. Sure enough Blade is apprehended by the FBI and seems destined for a long spell in a rubber cell.

But help is at hand in the form of younger and chattier vampire-slayers Abigail (Jessica Biel), who's the Buffy-clone daughter of Blade's mentor Whistler (Kris Kristofferson), and Hannibal King (Ryan Reynolds). They also have a scheme: theirs is to rid the world of vampires forever, and it's a bit less vague than the bad guys'. And so the stage is set for the ultimate undead rumble: Blade vs Dracula!

Okay, this may sound a rather goofy premise given the Blade series' gritty track record but in a strange way it does go back to Blade's earliest roots, as a supporting character in the Marvel comic Tomb of Dracula. (Sadly, Snipes does not sport the bubble-afro hairdo Blade was fond of back in the early 70s.) And one of the distinctive things about Blade Trinity is that it is rather more comic-bookish in tone than the first two films - partly this is down to the presence of comic-book characters like King, but it's also there in the tone of the plot and many of the action sequences.

This is hardly surprising given that, in addition to being one of Hollywood's preferred writers of superhero movies, David Goyer writes very good comic books himself. But what is a bit unexpected is the way he falls victim to a syndrome quite common to graphic writers writing film scripts: this movie is packed with interesting ideas, but none of them are really properly developed before being abandoned in favour of something new. And he commits the basic error of focussing on new characters rather than the established stars: Snipes' rumoured gripes about lack of screen time are arguably justified - Abigail and King get a lot of attention and most of the best lines.

But having said that, there are a lot of nice scenes and memorable moments - my favourite being the point where Dracula goes into a specialist horror store and, understandably aghast at seeing all the crappy merchandise with his name on it, slaughters everyone inside. And Snipes gives arguably his best and most rounded performance as Blade to date, making it even more of a pity he doesn't get more to do. In the end the film resolves itself through FX-laced martial arts sequences, as usual, which Goyer handles well enough.

Compared to the first movie this is a worthy enough piece of work, but it fails to approach the quality of Guillermo del Toro's Blade 2 in any way. Blade Trinity will probably entertain existing fans of the franchise, but newcomers may well be left wondering exactly what the fuss is all about.

From a film which is a bit of mixed bag in terms of quality, to one with an extremely eclectic cast and crew. Yes, with Moulin Rouge and Chicago both doing rather well at the box office, Andrew Lloyd-Webber's The Phantom of the Opera has finally made it onto a screen near you, directed by Joel Schumacher. Yes, Joel Schumacher, a man whose track record with masked obsessives who only come out at night is not fantastic (let us not forget, this is the man who nearly-singlehandedly destroyed the Batman franchise) - but then again his particular brand of tastelessness could be just what Lloyd-Webber's money machine needs...

Set in 1870s Paris, this is the tale of queer doings a-transpiring at the Opera House. The new management (Ciaran Hinds and the perennially Dickensian Simon Callow) are shocked when their diva-ish leading lady (an appallingly OTT silly accent performance by Minnie Driver) walks out on them and they are forced to recast with chorus girl Christine (Emmy Rossum). However, Christine stuns the crowd and is a great success on her debut, catching the eye of her childhood sweetheart Raoul (a rather damp Patrick Wilson), who just happens to be the new financial backer of the House.

But, as Christine later tells her friend Meg (an unexpected swerve upmarket for lad's mag regular Jennifer Ellison), she has been given extensive musical tuition for the past decade by a mysterious, near-ghostly presence in the Opera House. And now this Phantom is prepared to reveal himself to her and declare his love! It turns out to be Gerard Butler in a mask that gives him a slight but still distracting resemblence to Space Commander Travis from Blake's 7. He is a deformed polymath living in a secret cavern under the Opera House (the cavern must be fairly well soundproofed as he spends most of his time singing his head off), a pitiful creature living vicariously through the success of his young musical protege. Did anyone mention Simon Cowell?

Well, Gaston Leroux's original story survives pretty much intact, as does the Lloyd-Webber stage show (additional lyrics, let us not forget, by Richard Stilgoe). Having seen three-quarters of the theatrical version (it's a long and slightly embarrassing story, and hello, Leiner, if you're reading this) it seems very clear to me that when writing the screenplay Schumacher and his Lordship took great pains not to alienate the huge and devoted fanbase the stage show has acquired, as this is a fairly literal adaptation. The musical arrangements are extremely retro as a result. A few of the tricks and stunts have been excised but nothing appropriately startling has been put in to replace them.

And as on stage, the movie rather uncomfortably straddles the frontier between musical and real opera: once beyond the opening, there's virtually no dialogue that isn't sung, even when it doesn't actually rhyme or scan. This does seem rather pretentious, especially given how middle-of-the-road most of the actual songs are. Butler, Rossum, and the rest do a fair old job of belting them out but given how closely associated they are with the original cast (Michael Crawford, Sarah Brightman, etc) the best-known numbers always have a hint of karaoke about them.

Given that Moulin Rouge kick-started the current musical revival, and that Phantom occurs in a very similar milieu, it's a shame that some of the demented energy of Baz Luhrmann's film didn't find its way into this one - Schumacher's direction is surprisingly restrained and pedestrian. Only rarely does Phantom take flight and acquire a sort of phantasmagorical deliriousness that helps fend off the ever-present threat of cheesiness.

But it has an interesting cast, including familiar TV faces like Miranda Richardson, Vic McGuire and Kevin McNally, and it's involving enough (if a bit too long and flabby in the middle section). Long-term readers will recall my concern for Gerard Butler's career, and while he makes an impression as the Phantom, he never really makes the most of what is, on paper at least, an exceptionally good part. As for Emmy Rossum, she does a good enough job, but I found the way she was rather unsubtly sexed up towards the end of the film rather tawdry and disturbing. Oh well, I must be getting past it.

Whatever the merits of the stage version of Phantom of the Opera, this film adaptation is not up to the same standard as Chicago or Moulin Rouge, simply because it never quite breaks free from its theatrical origins. The songs and score remain thrilling, but the realisation of the rest of the production isn't up to the same standard. Devotees of the original will doubtless have a great time, but I remain rather ambivalent about the whole thing. 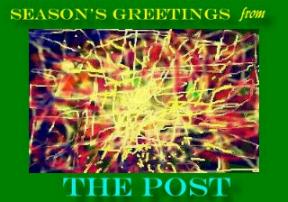