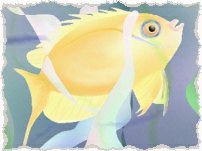 I went down to the Bum Boat today.

In days gone by, every port city had a bum boat, delivering food, mail, booze and whatever to the sailors on the Great Lakes. Nowadays, with cell phones, satellite computers and the like, the guys on the big boats don't have much use for them anymore.

But there's still one left. In Ashtabula, Ohio, 'Captain' Mike Parker presiding. Mike's on oxygen now, mostly sits in the corner, and Jane, his wife, runs the show. The boat ain't moved in a year or so, tied up in the yacht basin, among million-dollar sailboats and power boats, he's an anachronism, a throwback to the old days, long before computers.

The fresh air does him well, though. His portable oxy tank sits there, not being used, and he doesn't even have that traditional captain's chair in the Bum Boat. He's on a simple stool in the corner. If it's just him and me, I tuck $2 at the register, hit the 'sprite' button on the pop machine and get a cold Pabst Blue Ribbon beer and just sit and bullshit with Mike, or go topdeck and just stare.

Today there were hawks soaring overhead in the thermal winds created by the valley. The river water was heating up in the sunshine and 40-some Canadian geese and assorted ducks were floating around looking for spare hot dog buns we'd toss overboard - or yesterday's popcorn. Mike or Jane will make a batch, and the next day, what's left is breakfast for birds.

We had a little inflatable raft once, not even big enough for a putt-putt engine, so we had to row it. Me and Trapper (Chip is his other nickname, he's on the local radio now) used to row that thing for a mile or so and found some neat places along the river - places that no-one can get at you unless they try.

Those are good places to be, sometimes.

Places to just sit and stare at the wonders of the universe and the wonders and squalor mankind has developed, yet close enough that I can interact with people who don't judge me.

That's important. I'm just me and, if I talk to birds, wabbits, weeds and flowers, fish, cats and dawgs, I should still be able to talk to people, too, and that's what cyberspace has been to me.

That little inflatible boat with two oars out in the middle of the river, between the million-dollar yachts and dry land.