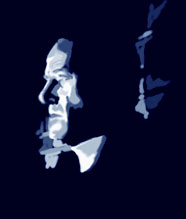 It is now August 1978. Hajimoto has become a very wealthy man. After his release from prison five years or so earlier, together with three other like-minded individuals that he had become acquainted with during his years of captivity, he had visited Singapore to collect the booty that, fortunately for him, had not been disturbed over the years. He had selected the site of that fine old mango tree well, fairly sure it would prove a stable landmark.

He and his compatriots then set up a small antiques and secondhand jewellery shop in Hong Kong, which enabled them to sell all of their swag at its full value. They had disposed of this business for a good price after a year, when the last of the stuff had been sold, and then entered the financial market at a time when prices were rising fast. By wise trading, within three years they had increased their capital manifold, so that by this time the total value of their joint holdings was in the region of £50 million sterling.

During those last three years, Hajimoto, still the dictator at heart, had not lost touch with his native land, but had been recruiting from among the many disillusioned citizens to be found there with fascist leanings. It was not for them to put up calmly with foreigners ruling the roost in their territory. Their present weak-kneed national leaders should be driven from office. Russians must be kicked out of the islands they traitorously occupied when Japan was on her knees at the end of the war. The Yanks and their ships should no longer have the right to use Japanese ports as if they were their own. Most important of all, the erstwhile mighty arms industry must be allowed to flourish once more and a strong Nippon phoenix be encouraged to rise up out of the present pathetic ashes. And Hajimoto was determined that it would indeed rise up; it would be a whole nation and worthy of their Samurai tradition; with him at its head, it would take its rightful place in the world again.

So it was that on 26 August, 1978, as Pope Paul IV was being elected in Rome on the fourth ballot, that the secret 'Samurai Society' held the first meeting of its twenty executive members in hired premises in Hong Kong, with all expenses paid. The five hundred so-called sleeping members back in the homeland were to remain inactive until called upon. His three business colleagues of the last few years were to remain apart, with no active role in this society at this stage, in order that they could continue running their successful financial business which, in addition to providing funds, would serve as a legitimate front for the various activities they were about to launch.

Hajimoto opened the proceedings by giving the assembled members an outline of their projected programme. Their first action would be to elect a sub-committee of three, in addition to, and to be headed by, himself; each member of the quartet would lead one of the four divisions into which the remainder of those present would be split. Their object would be to carry out the first stage of the overall plan and they would have a flexible two years in which to accomplish this. Only then could the war begin, and the members should know that they already had the means to terrify the government into submission and, if necessary, to wipe out any opposition at a stroke. Precise details would not be divulged until the last moment; it was imperative that nothing of it should leak out prematurely, because if it did, the whole scheme would be nullified. Their divisions would not all include the same number of men, as some tasks would require more than others. Their headings would be Air, Sea, Homeland and Overall Tactics, the last of which he would head himself. Now they would elect the three other members of this sub-committee. (There was to be a semblance of democracy in the show, but the results had been ordained beforehand.)

Shiro Yoshida, a cruel and bitter ex-colonel who had fought for his country for seven years, only to be rewarded by the Allies' post-war tribunal with five years in prison for war crimes in Manchuria (or Manchukuo, as the Japanese had renamed it), was voted to take on 'Homeland'. His group's task was over the next two years to organise a nationwide network of underground cells in Japan, which would spring into overt action when the war on the home front opened and form the nucleus of a new government when the old one was destroyed.

Seiji Murayama, an admiral in the war who had escaped into the wilds of New Guinea at the capitulation and only surfaced again after things had calmed down, was short, broad, and tough. Merciless in action, he was nevertheless probably the fairest of the lot. Naturally, he landed the 'Sea' job. That would consist of purchasing three old but serviceable circa 10,000-tonne merchant ships and then starting an apparently legitimate merchanting business in operating them. Their headquarters would be in Hong Kong, but they would operate a regular service between there, northern Sumatra, Bombay and Cairo. All necessary permissions had been obtained already, as had premises and warehousing. When the war began, the ships would become troop carriers.

The last to be elected was Tomiichi Azuma, a civilian air pilot for the last five years. Although trained as an analytical chemist, after taking up flying as a hobby, he had changed his profession. Too young to have served in the war (now thirty years of age), he had been converted to the fascist ideology while at university. He was keen and intelligent, though with a weaker will than was apparent; he would not otherwise have forsaken his first chosen profession. His task would of course be to organise 'Air'. They would purchase three secondhand Dakota passenger planes and commence a charter service operating from the small airport near Banda Aceh in northern Sumatra, but again, with their offices in Hong Kong. As with 'Sea', necessary permissions and so on had already been organised.

Hajimoto did not divulge the main purpose of his smaller 'Overall Tactics' group to the meeting. However, he would spend much of his time in the northern Indian highlands of Kashmir, where he would be recruiting and training a band of Moslem extremists, on the understanding that they were to fight for an island home for their sect. There was, he had already ascertained, no shortage of potential recruits. Later, he would gather and train a fifth column of native Ambounans to work behind the lines when the fighting began. Lastly, he would be organising the culmination of all this planning; the landing and a foray into the Ambouna mountain cave.

Now, he told them, there would be a short break, while he had a preliminary discussion with the other three leaders. He led these into a separate room, and proceeded to enlighten them regarding the finer details of his plan, beginning with an account of the course of wartime events on Ambouna, during which a thousand canisters or cylinders of sarin gas, together with sufficient detonating charges, were buried up the mountain there in a cave under tons of rock. He expounded further on his plan. He told them this involved a sea-borne landing by a large body of armed Muslim fanatics, spearheaded by himself and his group.

Speed would be the essence of their undertaking, which had to be accomplished before Western reinforcements could reach the island. They would remain on Ambouna for only long enough to undertake an expedition across the desert, open up the cache and collect the poison gas. The plan was for the Dakotas to land on the sand as close as possible to the mountain, and the salvaged canisters would be shared between them. The ships that had brought the Muslims would also bring the wherewithal to refuel the three Dakotas, as it was not part of the plan to try to take over the airfield and its resources by force.

He and his fellow nationals would leave Ambouna on board the laden planes, bound for Sumatra, leaving the Kashmiris to fend for themselves, they having by then served their purpose. From Sumatra, the gas would be moved by sea to a secret location in their homeland. Warnings would then be broadcast to the Nippon government from a clandestine radio station in Kashmir; if, as he anticipated, no action was taken, a small number of the canisters would be detonated at various locations, including one in the American naval base on Hokkaido, and another in the vicinity of their seat of government.

Hajimoto continued, going into more detail for a further ten minutes, and then answering questions. When they were all satisfied that each understood his individual role, as well as the overall strategy, the four returned to the main group and the remaining seventeen members were then allocated to their groups.

After a short pep talk by their leader, in the course of which he told them that all communications would be via the Hong Kong financial office and commencing always with the password 'Hajimoto knows', he concluded by announcing that there would be bi-monthly meetings of the four sub-committee members from this time forth; they would always be held here, on the first Saturday of alternate months; there would be no further notice of this, so that if it should happen that members were situated in some place where they were away from communications with the outside world, they would still know when and where they had to come. These premises where they were now meeting had been booked for the next two days and that time would be occupied by each group working out its plans and allocating individual tasks for the two months ahead. Hajimoto would be constantly available during this period, to be consulted over any matter they were unable to sort out for themselves.

An Idyll Too Far Archive