Aituár frowned as the hoofbeats drew closer. It did not quite sound like hoofbeats, but more like... A silvery white unicorn came trotting around the corner of the hut, and Aituár resisted the sudden urge to fling herself around his neck.

The unicorn looked tired, as if he had travelled a long way since they had last met, and yet that was only a few hours ago.

'I have not seen any sign of the enemy in this part of the land. I think we can feel safe here - but not for more than a day or two' said the unicorn's voice in Aituár's mind.

'If something goes wrong you need to go and see the wizard Voima1. He has great insight into how things are linked to each other in this world, and he might be able to tell you what part you have in all of this.'

'You will find Voima in the Halls of Eternity, by the foot of the Mountain of Truth located south-east from here. But first, take a day or two to practise your mental skills. You will find everything you need inside the hut.'

'You will not be staying with me, then?' asked Aituár.

'No my dear - I have business elsewhere - business that cannot wait any longer.'

Antaja looked at Licorne, who nodded in agreement.


'If I am not back by nightfall tomorrow you will have to leave without me' continued Antaja.

'I suggest that you leave in the morning the day after tomorrow, preferrably before sunrise.' 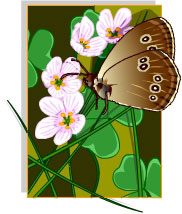 And so it was that Aituár and Déomarr were left alone. The remainder of the day passed pleasantly enough, with Aituár trying to sharpen her mental powers and the dragonling chasing butterflies.


The swans took little or no notice of the odd pair - not until Aituár started making bark boats. She used these to practise setting things on fire. The bark boats would only burn a few moments before sinking, leaving no smoke behind. The swans, however, were not amused and, with looks of resentfulness, they swam to the other end of the little lake.


Aituár practised diligently until she had no problem lighting small fires. She also managed to raise a boulder of considerable size up into the air. Putting it down again turned out to be more difficult though - the stone would crash down on the ground as Aituár's concentration slipped.


Mentally exhausted Aituár finally decided to give it a rest. She would have all day tomorrow for more practise. She called Déomarr's name, and the dragonling came leaping throught the tall grass. Together they went to explore the nearest surroundings.

Aituár found a wooden door to what appeared to be an old earth cellar. Opening the creaking door she peered inside and saw some old empty sacks and some vegetables. The sacks gave her an idea, and she took a couple of sacks and the vegetables before backing out of the tiny cellar again.


Aituár tried to feed the vegetables to Déomarr, but he would not eat them, not even after she had rinsed them in the lake. They were obviously not fresh enough, so Aituár continued her walk around the hut. To her delight there were fruit trees behind the hut, and she quickly picked a sack full of ripe apples and pears and plums and returned to the shore of the lake.


The fruit seemed to be more in line with the taste of the dragonling, and Déomarr hungrily dug in, until he had eaten so much that his belly was pouting. He promptly fell asleep, and Aituár looked at him, wondering if the fruit and vegetable diet she was trying to impose on him would work. It was food he would be able to find himself, but it would probably bring him into close contact with other humans. She
would have to teach him to sneak into gardens at night, once all this was over.


Aituár sat down, legs crossed, and began cutting open the seams of the sacks. Luckily enough her needle and thread had survived the various adventures, and she began making a backpack out of the sacks. She was almost finished when the sunshine suddenly disappeared. Looking up, Aituár expected to see a cloud, but it was not a cloud - at least not of the usual kind.


The sun was hidden behind a tight cloud of black birds, and the birds seemed to be heading for the lake and the hut. Alarmed, Aituár got up and grabbed the still sleeping dragonling. She looked at the hut, but it was too far away - the birds would spot them before they were half way. Instead she darted for the earth cellar. Aituár had left the door
open to let some fresh air into the cellar, and now she slammed it shut after her. Her intuition told her that those birds were a bad sign - she had a feeling that they were sent out to spy for the Master.

1See the updated 'The Dark Times Trivia' for more information.