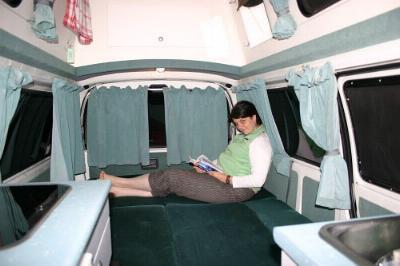 Steve turned out to be talkative, opinionated and an excellent teacher. His Nolex, the White Dove, turned out to be cramped, dirty, desperately in need of attention, but a safe and reliable sail, as long as you understood her idiosyncracies. For a couple of weekends, Steve put us through our paces. For any particular task he would first teach us the approved method, then the 'better' method, then another method that perhaps we should try. He had us navigating by compass across an estuary so small with salient points so close that the slightest inaccuracy in a bearing put your estimated position a mile or so inland on the chart. He pointed out cardinal markers that were incorrectly positioned and I found out all by myself (courtesy of a new dent in the Dove's keel and a heart attack from Steve) that the shallows were not always marked. We translated true to magnetic and back again until our heads spun and then, in a final exam, we navigated at night by compass on a zig zag course while Steve sat on the stern rail and sank a bottle of port.

On the final morning, he declared us fit to be skippers and told us to join the race that was manoeuvring for the start line, while he opened another bottle of port. On the first downwind leg, we suddenly learned how to raise a spinnaker and I spent the rest of the race either balanced on the bowsprit or flying the kite, while Bronwyn steered. After an exciting photo finish, we came in third.

Steve's parting advice was to avoid buying a yacht for as long as possible but, instead, to practice on somebody else's. However, new as we were to the life, we didn't have any friends with boats (not on this continent, anyway) and chartering every weekend for thousands of dollars a time was not an option. The time had come to buy our own vessel.

This was the moment of decision. This was the point where it all stopped being just a nice daydream and became a serious change of lifestyle. The house became strewn with copies of sailing magazines and yacht specs downloaded from the web. We made up lists, crossed them out and discussed them with sailing friends around the world including, of course, David who became quite excited that somebody else was putting all his hard research to work. Finally, we settled on a shortlist of items that we regarded as essential and another, slightly longer, list of 'nice to haves'. Putting them all together it looked as if there were actually boats out there that we could afford so I sold my house in the UK and we started to boat-hunt in earnest.

Could we actually live with each other in close quarters for an extended period? We thought that we probably could, but it would be nice to know before we splashed out all that cash. Thus, to New Zealand: not to circumnavigate in one of the cruising yachts for which that country is justifiably famous, but instead to trundle around the roads in a tiny campervan. The theory went that if we could cope with that, then we could cope with living aboard a yacht.

It was a tiny cramped space and we did our best, catering for ourselves using the gas stove provided, dropping anchor in a different town each day, even going so far as breaking down deep in an uninhabited national park miles from any help. We passed all our trials with flying colours, had a great holiday, and emerged with some very firm ideas about interior yacht design. The chief of these was that nothing aboard our boat was going to be dual purpose; we were heartily sick of turning beds into tables, tables into beds, and then finding that whatever it was we needed next was now inaccessible beneath a mattress. 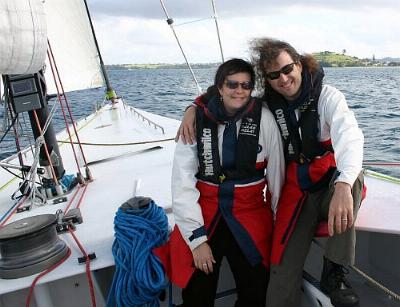 While in Auckland, we took a turn at sailing the America's Cup NZ40