'Ride on the Edge' - Isle of Man TT Simulator Game Content from the guide to life, the universe and everything 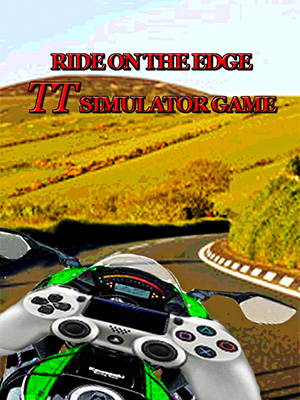 The Isle of Man Tourist Trophy, known as the TT for short, is an annual event featuring a series of motorcycle races around the roads of the Isle of Man. These races are not for the faint-hearted as there is risk of serious injury or death1 if riders lose control of their bikes on the course and encounter street furniture or houses. If you want to experience the thrill of the races, but don't want the risk, then a computer game simulation is what you need.

There are various features aimed at keeping players engaged with the game. Most notably, there is the Career Mode, which requires players to work their way up to the TT by competing against computer-generated opponents on shorter, fictional, road racing events around the UK. Players can either control the bikes in automatic mode, or learn to master gear changes as well as the demands of each course. The handling of the bikes is not 100% realistic, but the game gives a good impression of the joys of motoring on two wheels.

For fans of the Isle of Man TT itself, there is plenty to get to grips with. The Quick Race mode allows players to race against computer-generated opponents of varying skill, and multiplayer modes allow players to race against human opponents around the world. For sheer enjoyment of the Snaefell Mountain Course, the Time Attack mode is the best, featuring just the rider and the scenery and the sounds of the machine. The course is recreated in fine detail. Houses, gardens and parked cars are depicted, along with spectators who applaud the riders zooming past. Key landmarks are easy to recognise, such as the Isle of Man Bank building, various churches, the Raven Inn, Guthrie's Memorial4, the Creg Ny Baa restaurant and even the mini roundabout at Signpost Corner.

You can choose to race along sections of the course, or full laps of the 60km (37 mile) route - the lap record set in 2018 by Peter Hickman is 16 minutes 42.778, so a multi-lap race will take a while. You can choose various bikes from either the lightweight Supersport range or the powerful Superbike range - There is a Showroom feature, so you can study each bike in detail. You can also select your rider - the people featured include Peter Hickman as well as other legendary riders such as John McGuinness5 and Michael Dunlop6 from the UK and Conor Cummins7 from the Isle of Man. There is also a Sidecar range, which gives you the option to play solo as the driver, or to play with a friend and take the role of the passenger who controls the vehicle's ability to turn corners. Among other teams you can play as Mike Cooper and Sara Laurent (seemingly fictional, Laurent is the only female rider in the game, even though there are several women who could have been included).

The game is categorised as PEGI 3 (suitable for all)8. However, although no blood is seen, the graphics of people being catapulted across the road following a high-speed crash can be rather disturbing. Riders 'respawn' quickly if an accident happens, though, so players can carry on with the game. Markings on the road help you to judge when to accelerate and brake, and there are on-screen images showing you the bike's speedometer and the shape of the track. As with the real TT, there are various cameras on and around the bike. You can choose to watch your rider moving in accordance with your commands, or play as the rider so the horizon tilts as the rider tilts on the bike. You can even play as the front tyre. 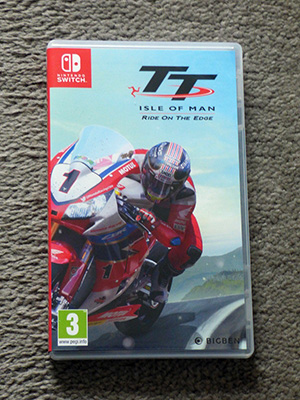 1151 riders lost their lives in TT events (including practice runs) between 1911 and 2019, and many more lost their lives in other races on the island over the years. 2Ride on the Edge 2 was released in March 2020, with improvements to the gameplay but with the same general features.3The loading symbol is not simply a circle, but is a rotating version of the Triskelion three-leg design that features on the Isle of Man's flag.4Scottish motorcyclist Jimmy Guthrie won six Isle of Man TT races before his death at the age of 40 in the 1937 German Grand Prix.5McGuinness won 23 TT races between 1999 and 2019.6Nephew of Joey Dunlop, Michael won 19 TT races between 2009 and 2019.7Cummins has not won a TT race, but reached the podium 10 times between 2009 and 2019.8Standing for Pan European Game Information, this is a video game content rating system used in most countries in Europe with games rated as suitable for ages 3, 7, 12, 16 and 18.