'Kes' - the Film Content from the guide to life, the universe and everything 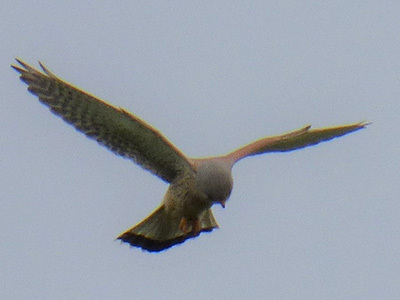 Filmed with a mostly local cast in Barnsley, South Yorkshire in the summer of 1968 and released the following year, Kes was based on local author Barry Hines' 1968 novel A Kestrel for a Knave and was director Ken Loach's feature film debut. It tells the story of Billy Casper, an educational underachiever in the last term of school who lives with his Mam (played by Lynne Perry - later of Coronation Street fame) and his older brother Jud (excellently portrayed by the hard-as-nails Freddie Fletcher) in a council house in Hoyland1. While everyone around him is caught up in their own concerns and preoccupations, Billy steals a kestrel chick from its mother's nest, hand rears it and then trains it. The relationship he forms through falconry with the kestrel ennobles him and reveals his intelligence. It also introduces him to a sympathetic teacher, Mr Farthing (played by the cord-jacket-wearing Colin Welland), before the real world intrudes and destroys it all.

The picture was Barnsley's moment of film fame2 - the 1960s boom-time belle époque captured on film before the grimness and pit strikes of the 1970s changed it. It's the town as a footnote to the 'Swinging Sixties'. A way of life frozen on celluloid and a chance to have those Barnsley accents heard, the pits and their workers glimpsed, bringing a similar kind of rough chic to South Yorkshire that Michael Caine and Get Carter would do for the North East in 1971.

David Bradley, who plays Billy, is amazingly natural in front of the camera. Fair enough, he was a Barnsley lad and a first time actor, and essentially playing a facet of himself, but to do so in such a consistent manner is a massive achievement. There is no hint of self-consciousness. The kestrel flight scenes filmed against the black slagheaps with John Cameron's evocative, pastoral music floating over the images are as close to cinematic poetry as possible.

The standout scene of the film is the football match - the humour of which then contrasts with the bullying in the changing rooms. Barnsley-born actor (and sometime wrestler, teacher and coal miner) Brian Glover plays the sadistic (if not slightly psychotic) Physical Education teacher Mr Sugden - the model for many a Yorkshire PE teacher.

Sugden picks the football sides - with Billy obviously selected last - wearing his Manchester United strip, like an overgrown, excited, but deadly-serious boy and then barges around the pitch, elbowing and fouling the kids out of his way, as he advances, goal-hungry up the field, voicing his own Match of the Day-style commentary: 'The fair-haired, slightly-balding Bobby Charlton,' Glover says, nudging a gangly 15-year-old to the turf, the ball dancing at his feet, an extravagant shimmy, a pass, a look of disbelief, 'what you playin' at, lad? It was at your feet!'

Brian Glover became a Yorkshire legend in those ten minutes.

The film is undeniably a classic - just ask Sheffield-born singer and Kes-fan Jarvis Cocker. All our Northern yesterdays, even if you weren't even born at the time. But realistic. No green field without its opposing black mountain of black slag; no beautiful flying bird that doesn't end up dead and chucked in a dustbin. That's Barnsley for you. And that's life.