How to Make Sugared Pecans, and How to Talk About Them Content from the guide to life, the universe and everything 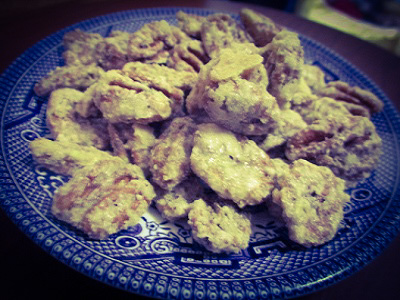 pe·can:   a smooth brown nut with an edible kernel similar to a walnut.

Pecans are edible tree nuts. They are native to Mexico and the area around the southern Mississippi River. Pecans are considered 'heart-healthy': they abound in monounsaturated fats such as oleic acid along with phenolic antioxidants as well as vitamins and minerals such as manganese, potassium, calcium, iron, magnesium, zinc, and selenium. They taste good, too.

'Pecan' comes from an Algonquian word used to describe nuts that require a stone to crack. We recommend a nutcracker, or one of those muscled guys with strong hands who can crack nuts with them. 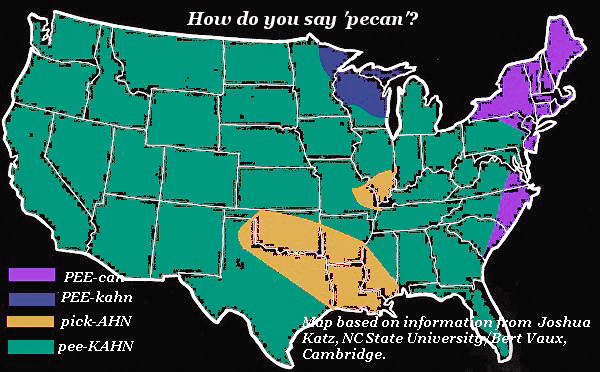 However you pronounce them, pecans are nutritious and delicious. Many people enjoy them in pies. However, it is possible to skip all the baking, plus the calories in the pie crust and gooey filling, and enjoy the pecans alone as a sugared treat. We'll show you how it's done.

How to Sugar Pecans

Here's what you do:

These pecans are a great snack. They are vegan if you use a substitute for the egg white2 (you just want the pecans to be sticky). They are also gluten free. They are mostly healthy. As this Researcher's Mississippi grandmother would have said: 'That little bit of sugar is not going to hurt you.'

1If you raise your own chickens, of course, you'll have plenty of eggs. Scramble the yolk for breakfast.2Such as aquafaba or ground flaxseed.