Between Silk and Cyanide: Leo Marks Decodes SOE Content from the guide to life, the universe and everything 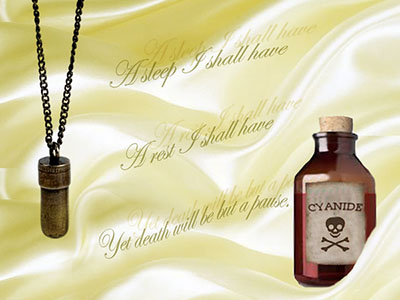 We're going to say it: if you read one book about codebreaking during the Second World War, make it Between Silk and Cyanide. There are several reasons for this. Leo Marks was front-and-centre in the battle for secure communications between intelligence agents and their headquarters. He knew where the bodies were buried, and his memoir corrects some historical misapprehensions. The stories in his book are highly entertaining, from the role of Sigmund Freud's chair in coding breakthroughs to the time he lost his trousers in front of Jack Benny (in Cairo). After reading Marks, you will understand a lot more about what the struggle in beleaguered London was like. Besides, you can watch all the Bletchley Park stories on your streaming services.

What Did Leo Marks Do in the War?

Leo Marks, MBE (1920-2001) wasn't picked for Bletchley because the instructors decided he wasn't a team player. Instead, they sent him to what a friendly sergeant called 'some potty outfit in Baker Street, an open house for misfits.' The potty outfit was officially known as Inter Services Research Bureau, but its real name was Special Operations, Executive, or SOE. Marks became their code chief.

Later in the war, Bletchley Park referred to Marks as 'the one who got away'. Marks's work was vital to Allied victory. A list of his accomplishments is also a breakdown of the major obstacles he faced. Some of those obstacles were placed there by the enemy. Others came from his own side.

The Story of Violette Szabo

A sleep I shall have
A rest I shall have
Yet death will be but a pause.
– 'The Life That I Have' by Leo Marks

One incident from the code war has become famous. In 1943, Leo Marks lost his beloved fiancée Ruth to a wartime plane crash. In his grief, he penned the poem 'The Life That I Have'. In Between Silk and Cyanide, he describes writing the poem on Christmas Eve and reciting it on the roof of a building during the blackout.

Marks didn't intend to use it as a code poem, but in an emergency, he gave the poem to agent Violette Szabo. She kept misspelling her original poem, and she had only a short time before her departure for France.

Violette Szabo was captured, tortured, and killed by the Nazis in 1944. In 1958, a film called Carve Her Name with Pride was made. Marks allowed the poem to be used on condition that its author not be identified. In the film, it was said to be composed by Szabo's husband. In 1999, Leo Marks published a small book containing the poem, with illustrations by his wife Elena Gaussen Marks.

Leo Marks was the son of Benjamin Marks, co-owner of Marks and Co (the 'Co' stood for 'Cohen'), an antiquarian bookshop in London which was made famous by a US writer, Helene Hanff. Hanff published her extensive correspondence with the bookshop in a book called 84 Charing Cross Road, which became a bestseller, followed by a play and a film. Marks didn't follow in his father's footsteps. Instead, he became a playwright and screenwriter.

One of Marks's scripts became infamous, and nearly destroyed the career of its director, Michael Powell. The film is called Peeping Tom. British audiences in 1960 weren't ready for this psychological horror film about violence and voyeurism. However, filmmaker Martin Scorsese counts Peeping Tom as a major influence on his work. He helped get the film a wider release. He also asked Leo Marks to be in his film The Last Temptation of Christ. Marks, who described his own speaking voice as 'a deep brown melter', used it to great effect as the insinuating tones of Satan.

'It would be a great help to him – and to us – if you could put down on half a sheet of paper the difference silk codes would make to our agents.'
... 'I think it could be done in a phrase, sir!' But what?
'Oh?' said Courtauld. 'We'd be interested to hear it.'
'It's between silk and cyanide.'
There was a pause.
–  Between Silk and Cyanide, p 273

Between Silk and Cyanide is a must-read if you want to understand how the problems of coding and codebreaking affected the outcome of the Second World War. It's also a warm, insightful, and personal story by someone who was deeply involved in the day-to-day workings of SOE. You'll learn and be moved.

1After capture in 1945, Giskes worked for Allied intelligence, then became part of the Bundesnachrichtendienst (BND), since 1956 the federal intelligence agency for Germany (originally West Germany).