The Trial of Anne Royall: Courageous Journalist or 'Common Scold'? Content from the guide to life, the universe and everything 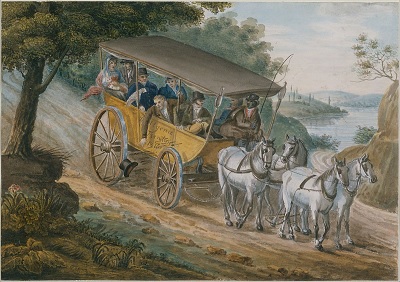 Those who cannot remember the past are condemned to repeat it.
- George Santayana, The Life of Reason: Reason in Common Sense. Scribner’s, 1905, p 284

Let us remember a remarkable event of the past, in the hope that it will never be repeated1. The United States of America has witnessed some unusual legal proceedings: the Scopes 'Monkey' Trial of 1925, for example, in which the scientific theory of evolution was debated by lawyers. There was also the time when the atheists' tent revival went on trial for blasphemy in New Jersey. For sheer weirdness, however, it would be hard to outdo the 1829 Washington, DC trial of muckraking journalist Anne Royall on the charge of being a 'common scold'. Ms Royall, 59 at the time, was threatened with judicial waterboarding, but escaped with a fine. The legal reasoning employed involved ancient English common law, the separation of church and state, and appeals to Noah Webster's brand-new patriotic dictionary2.

The whole story is so remarkable that it will take some explaining. Let's start with the question, 'Just who was Anne Royall, and why was she feuding with the Presbyterians?'

Anne Parkhurst Royall (1769-1854) was older than the United States, and she cared deeply about its growth and welfare. As a young woman on the Pennsylvania and Virginia frontiers, she had read widely and observed her neighbours carefully. In 1812, her husband, a veteran of the Revolutionary War 20 years her senior, died. His relatives swooped in, contesting Major Royall's will and leaving Anne penniless. This middle-aged widow took up writing and travel for a living. Among her other accomplishments, Ms Royall became an investigative journalist, exposing shady dealings in Washington, DC. The corrupt feared her.

The fact that Anne Royall was so feared by those with things to hide is surprising, in a way. She never had any money to speak of, and seldom had a fixed abode. Her travel writing offers a rare glimpse into the everyday workings of a very young republic. Her journeys were not without peril. Her 1829 book Mrs Royall's Pennsylvania (volume two) describes how she was robbed of her luggage and nearly murdered on her way to Pittsburgh. Travelling like this, as an older woman, alone, was extremely unusual at the time. She needed to be resourceful and determined to survive: she was, and she did. 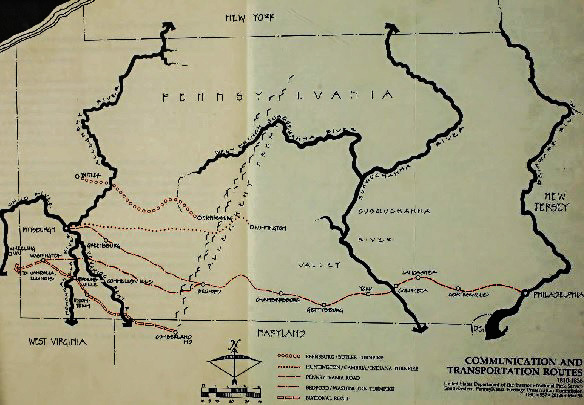 Her travel books, such as the Black Book, a two-volume account of travels along the Atlantic coast, and Mrs Royall's Pennsylvania, another two-volume work, were published in the ways common at the time: by subscription (getting people to sign up to buy the book before printing) and by talking individual printers into producing the book for sale in their cities. In spite of this distribution method, which required writers to be their own publishers and publicists, Anne Royall's books were very popular. One reason was that everyone wanted to read what she said about them. Anne Royall claimed to know about half the population of North America, and she wrote about them all, usually by name. She was upfront about her likes and dislikes.

The best thing the citizens could do for their youth, would be to clap a coal to it [the University of Pennsylvania in Philadelphia] and burn it down.
- Mrs Royall's Pennsylvania, vol 1, p 61

Ms Royall approved of Freemasons (her late husband was one), public education, public libraries, and people who were kind to widows, orphans, and needy strangers. She hated (with a passion) hypocrites, corrupt politicians, the British government3, the Sunday School movement (which was a British plot to undermine the fledgling United States by making its citizens dumber), Presbyterians, missionaries, and people who wrote and published tracts, of which she claimed that 'the streets [of Philadelphia] are paved with them'. Congressional leaders listened to her, and John Quincy Adams, just ending his presidency, was a personal friend4.

Politicians who had fallen out of favour due to Ms Royall's investigations didn't like her at all. Neither did the Presbyterians, especially the ones who had the Sunday School in the firehouse near her apartment in Washington. She accused them of violating the principle of separation of church and state by holding their school in a public building. They retaliated by ostentatiously praying under her window. Sometimes, boys from the Sunday School threw stones at her window, too. She shouted at them. Spotting an opportunity, the Presbyterians launched a campaign to have her arrested for causing a public nuisance and being a 'common scold'.

The 'common scold' charge was based on an obscure and obsolete statute carried over from English common law. The trial was convened in May, 1829, in Washington, before a jury and panel of three judges which included Francis Scott Key, author of the 'Star-Spangled Banner'. As it turned out, this charge was the only one the complainants managed to make stick, in spite of Anne Royall's denial that she had ever called one of the witnesses '"a d-----d old bald headed son of a b----h," not only once but three times!' Anne retorted in one of her books that if the witness had heard that, 'He is the only person in the world that ever heard me sware [sic].' Nonetheless, she was convicted on the antique charge of being a 'common scold'. Now came the interesting question: what penalty should be enacted for this infringement of good order?

Ducking, said the complainants. What was ducking? A form of medieval punishment used in Europe. Ducking immersed convicted persons, usually women, repeatedly in a body of water. Depending on how long the victim was held underwater, this punishment could lead to death. It was essentially a form of waterboarding. Ducking required a special construction called a 'ducking stool'. Did Washington, DC own a ducking stool? It did: built by optimistic opponents of Anne Royall. Royall herself was under no illusions about their plans for her.

To be prepared for this event, they had a machine made at the Navy Yard, so constructed, that I could not have survived the operation! The model was at the City Hall, and consisted of a shaft, which, was to be from eleven to fifteen feet in length, and at the extremity of this, I was to be fastened – this shaft was to be forked by a windlass, by a great number of people, and was to go round like a windmill, with such rapidity, that, from the circumferance of the sweep, thirty six or perhaps an hundred feet, first in the river and then in the air – it was said, I could not have survived one sweep of the machine!
- Mrs Royall's Pennsylvania, Appendix, p 21

In an attempt to persuade the judges that ducking was the necessary and appropriate punishment for the crime of being Anne Royall, prosecutors brought in every obscure legal precedent they could find, going back to the 13th Century. They also quoted Noah Webster's new dictionary. Anne Royall wasn't impressed.

The North American well knows that Webster and his Dictionary too, are nothing but a laughing stock for the whole country.
- Mrs Royall's Pennsylvania, Appendix, p 19

Mr Key and the other judges were also not convinced:

The defendant was sentenced to pay a fine of $10, and to give security for her good behavior for one year, and to stand committed until the fine and costs should be paid, and the security given.
- Decision, United States v Royall, Case No 16, 202, May Term 1829

Two journalists from a rival newspaper chipped in and paid the fine, and Anne Royall went home. She had friends as well as enemies.

Do you hanker after legal knowledge? Would you like to 'remember the past' by delving into this legal decision? Go read the trial transcript. It's worth a chuckle.

Would you like to learn more about Anne Royall's adventurous life, and why her story is such an inspiration to feminists and lovers of freedom of speech? You could read Sarah Harvey Porter's The Life and Times of Anne Royall, 1909. Ms Porter compares Anne Royall to 'Aunt Betsy Trotwood' in Charles Dickens'  David Copperfield. Or you could order a copy of Jeff Biggers' Trials of a Scold, longlisted for the 2018 PEN/Bograd Weld Prize for Biography. You could also listen to an enthusiastic Jeff Biggers talk about Anne Royall in an extended interview on Iowa Public Radio. Biggers considers Anne Royall a model for brave journalists. The interview is an entertaining 45 minutes.

Do you want to read Anne Royall herself? She's lively, passionate, and funny in a way that reminds the reader of Mark Twain. Try Anne Royall's Pennsylvania, vol 1, and Anne Royall's Pennsylvania, vol 2. Her words may ring uncomfortably true today in the face of continued political corruption, 'fake news', arguments about church and state, freedom of the press, and treatment of women and minorities. But she'll make you laugh.

1This hope may be vain, we think as we look at the newsfeed.2Webster's American Dictionary of the English Language was first published on 14 April, 1828. This is the authority that has validated the separation of the UK and the US into two annoyingly variant spelling systems, to the chagrin of h2g2 Researchers and Guide Editors as well as those wrestling with recalcitrant spellcheckers.3Anne Royall's attitude toward the British had a lot to do with the fact that they had instigated a massacre of settlers by Native Americans in Pennsylvania that she had witnessed (and escaped) as a child.4A US historian has requested that whenever possible, online writers debunk the myth that Ms Royall once got an interview out of Adams by sitting on his clothing while he was skinny-dipping in a tributary of the Potomac. We are happy to point to the real facts. Adams did skinny-dip in the Washington river regularly. Ms Royall was nowhere near when this happened. She did visit Mrs JQ Adams, who gave her a shawl.