Vlad the Devil and the Donaudampfschifffahrtsgesellschaft Content from the guide to life, the universe and everything 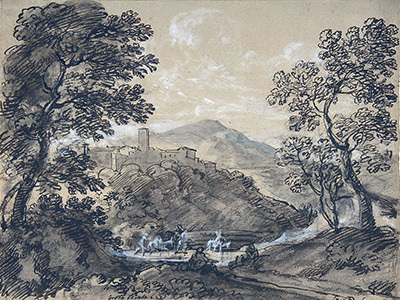 Of all the monsters in my closet, this is the one that scares me most, and probably always will.
- Stephen King, Preface to Dracula, 2011 Edition.

Dracula: a scary fellow. Much ink has been spilt, and many pixels disturbed, on the subject of just why he scares us so much. And where, exactly, he came from. Balkan bogeys that menace at night have been around for ages: the undead curse even affects otherwise innocent vegetable matter, leading to the need to deal with vampire watermelons. But why Dracula? What does Vlad the Impaler have to do with all of it? And what is it that we're afraid of, anyway?

The answer to that last question varies a lot from country to country, and from time to time. For example, the original readers of Bram Stoker's 1897 classic may very likely have seen the Carpathian Count as an example of the Yellow Peril:

In Bram Stoker's Dracula (1897), conversely, the vampire is explicitly a figure of foreign otherness, possessed of a terrifying ability to turn the English into members of his 'race'.
- Suzanne Daly, 'The Imperial Gothic', British Library website, published 15 May, 2014.

In other words, Dracula can be a racist story. Sexist, too: uppity women who are too curious about The Other come to a bad end. But the vampire legend's popularity predates late-Victorian social anxieties. The vampire story was hugely popular in French- and German-speaking parts of Europe in the early 19th Century. According to one scholar:

When John Polidori's novella The Vampyre was first published in April 1819, it caused what can only be described as a 'vampire craze' throughout Europe. Within months, translations into French and German were produced, and during the 1820s and 1830s, a large number of vampire stories – mostly short prose pieces, but also lengthy novels, poems, operas, and plays – appeared in print and on stage.
- Christian Nikolaus Opitz, introduction to Vlad the Devil, or the Vampire by Franz Seraph Chrismar, 2017.

Obviously, writers, composers, and audiences had a variety of takes on the vampire story. It is even possible – though unlikely – that someone might have anticipated the 20th Century by imagining the vampire story as a backdrop for bondage scenarios or teenage narcissism. But one thing the early 19th Century did was to connect the vampire legend to the violent history of the Balkans. This happened a lot earlier than at first supposed: in fact, 60-odd years before Bram Stoker's novel, a Munich-born steamship official put Vlad the Impaler on the vampire map, almost literally. You shall hear.

Franz Chrismar worked for the Danube Steamship Company1. According to Volume 6 of the Jahrbuch der geologischen Reichsanstalt, or Yearbook of the Imperial Geological Institute, Chrismar was living in Pesth2, Hungary, in 1855, and earned a patent for a motor3. Chrismar also published travel books about the Balkans, such as Alte Reisebilder: Aus dem Lande der siebenbürger Sachsen (Old Travel Pictures: From the Land of the Transylvanian Saxons). Books like Chrismar's, describing what were unusual travel destinations for the time, were a niche interest, and our steamship official – he eventually became the director of the local branch – wasn't given to fiction writing. However, the one story he left us, from 1835 – imaginatively titled 'Der Vampyr' – named Vlad Tepes as an ur-vampire more than half a century before Stoker got wind of him.

Who Was Vlad Tepes, Anyway?

Vlad Tepes, or 'Vlad the Impaler', also called Draculea, was a Wallachian prince (voivode) who lived in the 15th Century. Depending on whom you talk to, Vlad was a national saviour who protected Christendom from the Turks, or a bloodthirsty tyrant whose hobby was mass murder. It was possible to be both in the 15th Century, so let us keep an open mind. As a leader, Vlad was so feared in his own time that chapbooks were published about him in German and various Slavic languages. Like any good modern horror movie, these chapbooks (think cheap paperbacks) featured a lot of grisly detail. Especially impaling. Vlad allegedly stuck vast numbers of his enemies on sharpened poles – while they were still alive – often sitting down to feast amid the screams and gore. He was not a nice man. Mothers in the Balkans were probably still using his name to scare their children into behaving in the early 1800s, when the 'vampire craze' began.

The story begins with a cast more mixed than the Canterbury pilgrims. 'Wallachians and Italians, Germans and Slavs, Greeks and Armenians...'4 have formed an ad hoc travel group as they journey across the 'lonesome plains' of Wallachia between Bucharest and Galati. They need to do this: there are robbers, wolves, and bears about. There are also no hotels or restaurants. They have to buy their food in villages – possibly on the hoof – and cook it over a campfire when they stop out in a field for the night. They're remarkably cheerful about this uncomfortable mode of travel, but they do insist on after-dinner entertainment. That's where the campfire tale comes in.

It's after dinner on the third night, when the group are all full of Balkan mixed grill and a nice Tokay, that the trouble starts. A Wallachian – we would probably call him a Romanian – remarks that '[t]his is a night... such as ghosts love.' After this auspicious beginning, he tells his tale: once, several years ago, he was travelling in just this same area when he was invited to a wedding between the daughter of a local nobleman and a foreign count. [Note: Again the foreigners, even in the Balkans.] The tale ends dismally: the foreign count turned out to be a vampire. Apparently, vampires have a bad habit of running off with marriageable young women. At any rate, the wedding feast turns into a scene of carnage, the castle and village are burnt down, and the survivors (who do not include the bride) move up into the mountains to get away from the vampire infestation. End of story.

Unfortunately, at this point two things happen: a storm begins to brew up – not a pleasant prospect, as the travellers have no tents – and, worse, there's an extra member of their party, although nobody has been counting too carefully. The new member of the group now tells his story: the saga of 'Vlad the Devil', his cruel deeds and his battles against the Ottoman Turks. The story's pretty satisfying to the group. The campers are less happy with the announcement that Vlad once celebrated one of his grisly impalement orgies right there where they were sitting... and then the storm blows up, and the fire goes out, and the storytelling vampire laughs, and they all scare themselves nearly to death.

It's a lovely little tale. Call it early vampire tourism, with some campfire humour thrown in.

Although some people question the idea of a moral to vampire stories at all, these frightfests serve some sort of social function. Just not the same one to all people, all the time. Buffy fans are looking for feminist subtext, which is pretty much the opposite of what Stoker was doing in Dracula, with its worries about the mysterious Other who came to take the Englishmen's women. Byron and his Romantic friends might moan about 'la belle Dame sans merci', but at least in this version of the tale, the vampire is about History with a capital 'H'. The idea is obvious: The blood-soaked Past will haunt you, and mess up your picnic. Those who fail to learn from the misdeeds of the past might just find them creeping up on them under cover of darkness.

A similar idea is expressed in the 2009 British/Romanian film horror/satire Strigoi. Old communist bosses left over from the Ceausescu regime become strigoi, another kind of undead. They haunt the modern democracy and raid the fridges of the living. They are a drain on fragile resources, and hard to get rid of. Like all monsters of fiction, they stand for what the living fear – the unresolved internal conflicts that need to be overcome in order to have a healthy society. The horror genre is about more than jump scares.

If you'd like to read Vlad the Devil, or, The Vampire in English, the translation by Christian Nikolaus Opitz is available through Amazon as an etext download.

If you'd like to read the original story by Franz Seraph Chrismar in German, it can be found with other early 19th-Century German-language vampire tales in the same author's anthology, Die Totenbraut: Deutsche Vampirgeschichten des 19. Jahrhunderts, Edition Spiegelberg, 2016.

The film Strigoi is available on DVD, and can be rented through streaming services. We recommend it highly both for its insights into the sociological implications of the vampire myth and its dark humour.

Image courtesy of the Metropolitan Museum

1This makes him a Donaudampfschifffahrtsgesellschaftsangestellter, or 'employee of the Danube Steamship Company'. Old jokes aside, it was a major employer, as river shipping was important in the Austro-Hungarian Empire.2Pest is the eastern part of Budapest, separated from the western parts, Buda and Obuda, by the Danube River. The three parts got together in 1873, so in 1855, you lived in Buda, Obuda, or Pesth (old spelling).3Called a 'Motor ohne Feuerung oder chemische Beihilfsmittel', or 'Motor [engine?] without combustion or chemical aids', about which we have no further details.4Quote is from Vlad the Devil, or, The Vampire, an English translation of Der Vampyr by Christian Nikolaus Opitz, 2017.