The 2004 Firework Disaster in Kolding, Denmark Content from the guide to life, the universe and everything 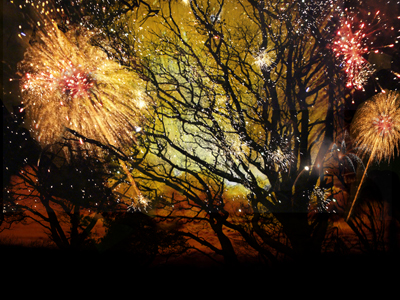 It was 3 November, 2004. While the attention of the media around the world was fixed on the US election, Denmark had a more serious problem on its hands. One of the largest catastrophes in Danish history was about to unfold itself on a small neighbourhood in Kolding, Denmark.

On the Jutland Peninsula there is a large town called Kolding. Like many places in Denmark this town is a quiet and peaceful place to live, where drama is usually something you only see happening on TV. Birds were in the air that day, whistling their delightful winter songs, and the mail had just been delivered to the residents of the area of Kolding known as Seest. Seest is a small neighbourhood made up of large houses and villas and it's the kind of place where the neighbours know each other. But on that day, 3 November, Seest was hit by an unlikely accident.

At 2.00pm a container at the nearby fireworks factory NP Johnsens burst into flames. The factory had a significant storage of fireworks, so a very short time after the fire was discovered the neighbourhood was informed about the fire by a cruising police car.

At 3.25pm an explosion occurred in the container. As the fire spread, more containers caught fire and turned into giant bombs blasting huge amounts of fire and smoke into the air. At this point the factory's sirens were turned on and a decision was made to evacuate the entire neighbourhood of Seest. The explosions were so powerful that they threw debris, rocks, fences and bricks into the air, making it life-threatening to be outside within 300 metres of the factory. The evacuated residents of Seest were surprised to be told that they then had to be evacuated even further away, since the fire had gone beyond the control of the fire brigade. 279 men from the police department and the homeland security were sent in to protect and evacuate the citizens.

At 5.30pm all train traffic between Kolding and Lunderskov was cancelled because of the fire and falling rocks.

At 5.45pm three enormous explosions occurred in the factory and the resulting shockwave was felt over the entire area, damaging most villas in Seest. The factory then blew up in an enormous explosion, caught on camera just as it happened. Numerous firemen and civilians were hurt due to the explosions and sadly one fireman was killed after failing to get out of the factory before the final blast. Completely out of control, the fire spread to several villas in Seest and many of them burned down to the ground, leaving hundreds of people homeless and without any possessions other than the clothes they were wearing.

At 6.55pm the power cut out in all of Kolding. Firemen from as far away as Fyn tried to get control of the fire during the evening and the night. While firecrackers exploded and rockets lit up the night sky, 2,000 evacuated people went to bed in the evacuation centre not knowing what had happened to their homes and their lives.

On 4 November at 7.00am, the police inspected the area of the disaster. It was decided to stop all attempts to extinguish the fire due to the dangerous number of Chrysanthemum Bomb-type fireworks1 that had been spread around Seest by the explosions. It took until 7 November for the fire to burn out.

The final conclusion was that 450 buildings were damaged by the force of the explosions, including more than 20 villas that burned down completely.

This was a catastrophe which caught the attention of the entire nation. The US Election was moved to the second row in the news as the fire was broadcast live to every home in Denmark. A clip from the disaster was also broadcast on the BBC World Service. The event has become an important part of Danish history and should be remembered, not only for the fireman who lost his life protecting others, but also because of the awareness that was raised and the changes that were implemented to protect small town neighbourhoods and to help ensure such a thing could never happen again2.

1Fireworks that explode in a flower-like pattern with trailing 'stars' that crackle.2A firework factory fire did happen again, on 13 May, 2016, in Southampton, England, but thanks to the safety standards in place and the efforts of the emergency services, no lives were lost.