Towel Day Content from the guide to life, the universe and everything 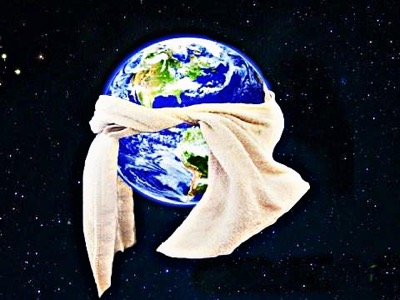 Towel Day takes place on 25 May every year. It is an internationally celebrated event. The purpose of Towel Day is to honour the life and work of Douglas Adams and in particular all things related to The Hitchhiker's Guide to the Galaxy.

What do You do to Celebrate Towel Day?

Basically if you want to celebrate Towel Day all you have to do is carry a towel everywhere you go on 25 May. That's all there is to it. Any towel will do - big or small - it really doesn't matter.

If you see anyone else carrying a towel on this day you know they are a Douglas Adams and/or Hitchhiker's Guide fan1. If you do spot another hitchhiker it is customary to say hello. A good way to start a conversation with a fellow hitchhiker is to open with a line from The Hitchhiker's Guide to the Galaxy - for example 'Don't panic!' or 'Hey, you sass (Sass: know, be aware of, meet, have sex with) that hoopy (Hoopy: really together guy) Ford Prefect? There's a frood (Frood: really amazingly together guy) who really knows where his towel is.' Alternatively if you meet them in a pub you could always offer to get them a pan-galactic gargle blaster.

If anyone comments on your towel and they don't already know about Douglas Adams or The Hitchhiker's Guide to the Galaxy then this is a good time to introduce them to the man and the phenomenon.

The many uses of towels were first brought to our attention in Douglas Adams' wholly remarkable book The Hitchhiker's Guide to the Galaxy and that is why a towel is used to honour his life and work.

For any strags (Strag: non-hitchhiker) out there who don't know, 'a towel is about the most massively useful thing an interstellar hitch hiker can have'. It has numerous practical and psychological uses, many of which are included in the Entry about the value of all kinds of towels.

The History of Towel Day

Sadly Douglas Adams died of a heart attack, aged just 49, on 11 May, 2001. Fans wanted a way to honour his life. One fan, D Clyde Williamson, suggested that the date two weeks after Douglas Adams' death should become Towel Day as a way for fans to pay tribute to him. So on 25 May, 2001, the first Towel Day took place.

Towel Day was a success and so it became an annual event. The day has grown in popularity since then as more people become aware of it and hence of Douglas Adams and his work.

There is a Towel Day website which gathers together information about Towel Day celebrations around the world including places where you can post pictures of yourself and your towel, and details of the Towel Day Ambassador Contest, in which a hoopy frood is elected to promote the event. People around the world may gather in pubs with beer and peanuts, go on tours of places that Douglas Adams knew, or share their exploits with their towel online, including on h2g2.com, so they are linked together by the Internet in remembrance of the man who inspired the event.

The more strags who become aware of this froody day the better. So long and thanks for all the views.

1And if their towel is lilac, then you know they are also a Terry Pratchett fan, as 25 May is also Wear the Lilac Day in his honour.