Taikomochi - the Male Geisha Content from the guide to life, the universe and everything 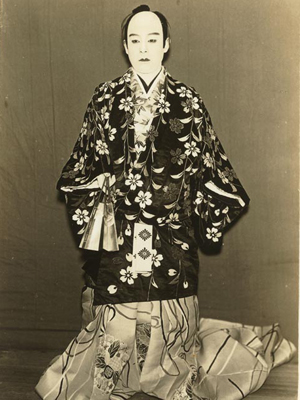 The taikomochi, sometimes known as houkan, were the original male geisha of Japan. In a similar role to that of the western jester, these men were once attendants to daimyo, Japanese feudal lords. They originated in the 1200s from the 'Ji Sect of Pure Land Buddhism', a sect which focused on dancing. These men advised and entertained their lords in equal measure and came to be known as doboshu - 'comrades'. They were also tea ceremony connoisseurs and artists. By the 1500s, they became known as otogishu or hanashishu - 'storytellers' - as they concentrated their skills into storytelling, humour and conversation. Not only were these men confidantes and advisers in relation to military strategies, but they also took part in battles by the side of their masters.

A time of peace throughout Japan began in the 1600s and the otogishu and hanashishu were no longer required by their traditional masters, so they had to develop new talents. They changed from being professional advisers to entertainers only, and a number of them found employment with the yujo - high class Japanese courtesans. Seisuisho ('Laughs to Banish Sleep'), a collection of comic stories written by Sakuden Anrakuan, was compiled during this time.

Geisha means 'arts person', while houkan was the formal name for 'jester'. Taikomochi was a less formal name for these men - the literal translation of the term is 'drum bearer', though not all of them used the drum. It could also have been a corrupted way of saying 'to flatter someone'. These three terms came into use during the 1600s. In 1751 the first onna geisha (female geisha) arrived at a party and caused quite a stir. She was called a geiko (arts girl), which is still the term for geisha in Kyoto today. By the end of the 1700s these onna geisha outnumbered the taikomochi and the men became so few that they started to be known as otoko geisha (male geisha). The geisha even took over from the yujo due to their artistic skills, their contemporary outlook and their sophistication. The men continued to assist women - this time the geisha rather than yujo - in the entertainment field.

At the peak of their popularity there were 500-600 taikomochi in Japan. Since then the geisha in general started to decline as the popularity of the jokyuu (cafe girls and show girls) increased in the 1920s due to westernisation. This new profession with its attractive salary originated in Tokyo, and was largely comprised of girls from the countryside. Becoming a jokyuu was a much easier way to earn money, and so fewer women joined the ranks of the geisha.

Very few women chose to work as jokyuu out of curiosity or as desire for excitement; instead, they realized that the work was more profitable, less tiring, and less time-consuming than other types of unskilled labor or apprenticeships. Unlike the geisha, the jokyuu entered the profession without a debt to her employer, and she was free to quit her job any time. Requirements for success involved only a good appearance, the ability to make conversation with customers, and the perseverance to withstand the teasing or rude behaviour of drunks; training took the form of on-the-job imitation of other jokyuu.
– Laura Jackson, Women in Changing Japan

Enosuke Hirose, whose geisha name is Eitaro, is currently the only male geisha in Japan. However, he is not performing the original role of the male geisha or even the role of a taikomochi, but is, instead, playing the role of a female geisha. Coming from a family of geisha, with his great-grandmother being a wealthy geisha in Fukushima, he began learning the female dances at the age of eight. At ten years old, his mother, geisha Mariko Hirose, encouraged him to dress up and dance at her geisha parties by bribing him with offers of new computer games. Since then, he has had almost a decade of training in the geisha arts.

Eitaro has had more to learn than most. The gracefulness exhibited in the dances, the feminine movements as drinks are poured, the coquettishness required when conversing with male patrons, the shy looks away at a compliment, the delicate hand covering a smile and the final wave as a customer is bidden farewell – none of this is likely to have come as second nature.
– Julian Ryall, Like a Natural

He and his sister, Maika Hirose, continue in the footsteps of their mother who sadly succumbed to cancer in 2009. Her goal had been to devote her life to restoring the geisha culture, and she had run the Matsunoya Okiya (geisha house) in Tokyo's Omori port district. After her death, Eitaro became the 'mother' of the okiya, and he and his sister oversee six geisha. With his popularity, due to his unique status as the only male geisha in Japan, he is sought after for parties. Using this popularity, he is hoping to fulfil his mother's wishes and re-energise the geisha culture in Japan.

For her book, Lesley Downer interviewed Taikomochi Shichiko, a taikomochi from Tokyo. She calls taikomochi the party masters who ensure that the guests have a fun time at the party by telling jokes, telling erotic tales and acting out skits, playing games and drinking sake. These parties, like those with geisha, can be very expensive. Taikomochi Shichiko joked: 'taikomochi agete suideno taikomochi' - a man who spends all of his time and money on taikomochi will fall into ruin and his wife will kick him out, and he will have nothing left to do but become a taikomochi himself! Apparently that was why a lot of men became taikomochi in earlier times.

As part of his repertoire, the taikomochi performed a particular skit. The taikomochi pretends to be talking to a pretend danna (patron) who obviously wants to have sex. The taikomochi explains that he isn't gay, and that he had called a geisha to come and tend to the patron, but the pretend danna is impatient. So the taikomochi gives in to please the client, and acts out (half hidden by a screen) the sex with moans and rolling of eyes, until the climax. The taikomochi then gets a tissue to 'clean up'. The audience roared with laughter because they all knew that this was a joke, making fun of how geisha and taikomochi were thought to please their customers! Of course they don't go that far, which is why it is a classic, amusingly erotic skit.

A Kyoto taikomochi, Taikomochi Arai, wants to promote this traditional art both in Japan and around the world. He entertains at ozashiki (geisha parties) with maiko (the young geisha in training, known as 'dance girls') and geiko as well as striking out on his own, to try and keep his profession alive. He tells sophisticated erotic stories and is well versed in the performing arts, so he can keep the party lively and fun. This sort of entertainment is grounded in the fertility-related banquet (enkai) linked with the agriculture of ancient Japan. He also plays games at the ozashiki as well as acting out stories, singing or dancing - making a merry and enjoyable party for the guests.

However, unlike other showy traditional cultures appearing on the main stage, taikomochi is a backstage one, which I have dared to pursue as my occupation, knowing that nobody can guarantee and protect it, but still receiving inquiries from top enterprise leaders for attendance at their traditional banquets, where they have shown interest in what I am doing, while trying to get business hints from their conversation with me during such entertainment sessions. I have also been encouraged to take pride in my business by receiving requests from young enterprise managers to give lectures on my experiences in the entertainment business involving human relations. I really hope that I will be able to continue to be of service to people somehow through my occupation.
– Taikomochi Arai

The geisha still have young women wishing to become maiko, but their world is dying out. Unfortunately there are also too few men who wish to become taikomochi. This artform is likely to die even sooner, long before that of the geisha, unless more young men find an interest in these traditional arts.