How to Stop Being a Member of Parliament (UK) Content from the guide to life, the universe and everything 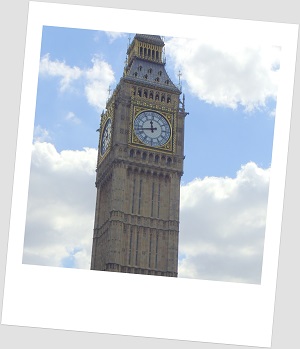 Once upon a time (in the 17th Century), Members of Parliament were paid only a nominal salary and had to travel many miles from their constituencies over poorly-constructed roads, often taking days to return home when they needed to attend to local matters. As a result, the office was seen as a burden, and many MPs resigned their posts prematurely, triggering endless by-elections1. In 1624, a resolution was passed banning MPs from resigning – to do so would break a trust endowed upon them by their constituents. This rule still stands today, and so, you may ask: how does one stop being a Member of Parliament?

Some appointments are considered to be incompatible with being a Member of Parliament (MP). Historically, it was feared that any MP who held an office of profit under the crown would be compromised, and might favour parliament's traditional enemy – the King. Such concerns are hardly warranted in modern times, though two offices – 'Crown Steward and Bailiff of the Chiltern Hundreds' and 'Crown Steward and Bailiff of the Manor of Northstead' – still exist as a legal workaround.

As mentioned, MPs are not permitted to resign their posts, but they are permitted to vacate their seat having taken up an office of the crown – sometimes referred to as 'taking the Chiltern Hundreds'. In cases where multiple MPs wish to resign2, the two offices are given alternately to MPs one at a time over the course of a day. Of particular note was the 'resignation' in 2013 of Martin McGuinness, an MP for Sinn Féin, who oppose British rule over Northern Ireland and refuse to take seats in Westminster when elected. In order to resign, McGuinness was nominally given an office of the crown (Steward of the Manor of Northstead), in direct conflict with his views on the crown.

MPs have 'taken the Chiltern Hundreds' (or Northstead Manor) for various reasons, ranging from ill health, requests to re-contest a constituency at by-election or to contest a different post, and resignation following a scandal or criminal conviction. A notable recent case was that of Liberal Democrat MP Chris Huhne, who in 2013 pleaded guilty on a charge of perverting the course of justice, having asked his then-wife to take his driving licence points for speeding in 2003.

Other than paid Crown Offices, there are some other roles that are incompatible with being an MP, either for statutory reasons or due to common sense. This includes elevation to a peerage in the House of Lords3, election to European Parliament, and election to the parliament of another country (including Scotland). MPs are also expected to resign if they take on a major media or broadcasting role, as when the often controversial Robert Kilroy-Silk4 left the Commons to become a presenter for the BBC.

A good example of a void election would be Winchester during the 1997 general election. Liberal Democrat candidate Mark Oaten won the election by just two votes, allowing a successful challenge of the result by Conservative candidate Gerry Malone. This did very little to help Malone, who was seen as a sore loser and lost to Oaten's overwhelming majority at the resulting aby-election.

A rather different form of void election was Phil Woolas' ejection from the seat of Oldham East and Saddleworth in 2011. Woolas' 2010 general election campaign was described by the New Statesman as 'one of the most disgraceful election campaigns in recent history', and featured such gimmicks as a faked photograph of the opposition candidate appearing to be arrested, and leaflets liable to inflame racial tensions in an area that had previously suffered race riots. The Liberal Democrat opponent Elwyn Watkins eventually defeated Woolas in court, the latter being guilty of making false statements about an opponent. As before, the election becoming void did not help the opponent – Watkins was defeated by a larger margin by Labour candidate Debbie Abrahams in the ensuing 2011 by-election.

Though MPs have something of a reputation for being seedy, only proven fraudulent behaviour, misuse of parliamentary privilege or contempt of the rules of the House of Commons will get you ejected by your peers. That said, in the early years of the United Kingdom, though corruption was rife, MPs might also be ejected simply for being outspoken. For instance, Edward Sackville was expelled in 1679 for calling Titus Oates a 'lying rogue' and denying the existence of the Popish Plot against Charles II5. Some MPs went beyond being merely outspoken, however – 18th-Century politician John Wilkes published numerous inflammatory and downright libellous articles regarding colleagues and ministers, abused parliamentary privilege, was expelled from parliament twice, and eventually rode a wave of anti-government sentiment to become Lord Mayor of London instead.

The most recent expulsion of an MP occurred in 1954, when the almost bankrupt Conservative MP Peter Baker was convicted of forging documents claiming that his debts were underwritten. Having been convicted and sent to Wormwood Scrubs Prison, Baker decided not to appeal the case and wrote to the Speaker of the House of Commons stating that he could be removed from parliament. A motion was passed unanimously in the Commons and Baker was replaced with another Conservative MP at the by-election.

Death is a common reason for a seat to be vacated. Most deaths are natural, with likely causes including heart disease and cancer, though there have sadly also been a number of suicides over the years. Of particular note is the accidental death of Conservative MP Stephen Milligan, who was found in a state of autoerotic asphyxiation at his home in 1994, with the resulting accusations of sleaze leading to a landslide defeat for his party by the Liberal Democrats.

Finally, it's worth mentioning that when a general election is called, every MP must either gain re-election or lose their post. Historically, general elections could be called and the ruling monarch requested to dissolve parliament, though there was a five-year limit on a parliament, after which a general election had to be called6. Following the Fixed-term Parliaments Act 2011, a parliament will automatically last exactly five years unless the Prime Minister loses a vote of confidence, or two-thirds of the House of Commons vote in favour of an early general election.

There are a number of tricks MPs can use if they want to be shown the door – fraudulent behaviour, criminal offences, and so on. However, most by-elections are triggered either by a resignation to allow the individual to pursue a different career, or following the regrettable death of the incumbent. Most of the resulting by-elections simply pass the baton to another member of the same political party, though in cases where the MP was discredited, all bets are off.

1A by-election is an election held to fill a political office vacated between the scheduled general elections.2For instance, a number of unionist Irish MPs resigned en-masse on 17 December, 1985 in protest at the terms of the Anglo-Irish Agreement.3Life peerage is permitted under current legislation, allowing admission to the House of Lords by the ruling political party, but without the hereditary peer's right to pass on their peerage to their children.4Kilroy-Silk has offended both the Arab world and the Irish via newspaper articles. He was previously a Member of European Parliament for UKIP (United Kingdom Independence Party), and later leader of the struggling Veritas party, both anti-immigration parties.5Sackville was right – the Popish Plot was a lie and Oates was later convicted of sedition and perjury.6Two exceptions to this rule occurred during the two World Wars.