What's So Spooky About Maine? Content from the guide to life, the universe and everything 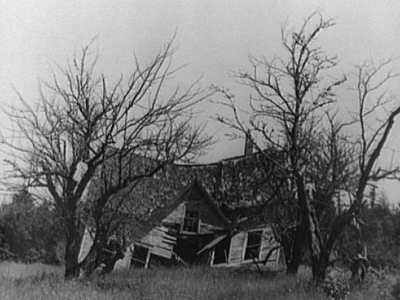 Maine is the state in the northeast corner of the United States of America.

Quick: what was the first published novel by a Maine writer about?

Julia and the Illuminated Baron by Sally Sayward Wood was published by the appropriately-named Oracle Press, Portsmouth, New Hampshire, in 1800. It concerned the French Revolution and the Illuminati, and had lots of goings-on in old castles and graveyards. Yes, it was always a dark and stormy night. The book – the first gothic novel written by a woman in the US – was quite popular, but calling the editing substandard would be putting it mildly. Julia remained out of print for 212 years until students at the University of Maine at Machias prepared an award-winning new edition in 2012. The undertaking was funded by a grant from the Stephen and Tabitha King Foundation, which somehow doesn't surprise us. As key terms, 'Stephen King', 'Maine', and 'gothic' somehow go together like 'hot dogs', 'ballpark', and 'sauerkraut'.

What is it about Maine that encourages gothic fiction? And why is the Pine Tree State such a great place to haunt a house?

The Transylvania of North America

In 18th- and 19th-Century Europe, writers of fiction who wished to stress the Otherness of their setting and the liminal nature of the experiences there set their stories, novels, and plays in Transylvania. Hardly any of them had ever been to the Carpathian Mountains (not even Bram Stoker, author of Dracula), and genuine details of life in Romania are conspicuously absent from their stories. Often, these writers don't even get the folklore right. But Transylvania was remote, mountainous, and atmospheric – a hard-to-get-to location where anything might happen. It was a good place to let your imagination run riot. The tradition continues today, and even a tourist guide to Romania will feel obligated to include a few references to Dracula, vampires, and witchcraft.

Why would Maine fit the bill as a North American setting for spooky goings-on? What did Maine have that Virginia, Pennsylvania, or Kentucky lacked? To be sure, Virginia has a long and sometimes bloody history, but somehow the gothic touch is missing. Pennsylvania has mountains and rural settlements, but Dutch farmers who 'throw Papa over the haymow his hat' fail to inspire the requisite amount of dread. Kentucky, whose name means 'dark and bloody ground' in a forgotten Indian dialect, even has a Transylvania University – but no, the Commonwealth is known more for its bluegrass, horseracing, and ancient blood feuds. The Hatfields and the McCoys make for rip-snorting yarns, but the readers' spines don't tingle in the same way. What is it about Maine?

Maine qualifies as exotic and possibly spooky on many levels:

Such a setting has proven irresistible to writers of supernatural and horror fiction. Sally Sayward Wood might have felt the need to set her novel in romantic France, but plenty of others have gone Downeast for inspiration.

Of course, not everyone thought Maine was creepy. Henry David Thoreau, that hard-headed curmudgeon, wrote The Maine Woods, but he wasn't thinking about ghouls. Kate Douglas Wiggin set the cheerful coming-of-age novel Rebecca of Sunnybrook Farm in Maine. It features jokes like this one:

'I wish I could see Milltown. I suppose it's bigger and grander even than Wareham; more like Paris? Miss Ross told me about Paris...'
'Paris ain't no great,' said Mr. Cobb disparagingly. 'It's the dullest place in the State o' Maine. I've druv there many a time.'
– from Rebecca of Sunnybrook Farm, by Kate Douglas Wiggin

In spite of writers like these, along with Norman Mailer and John Irving, writers will still come from thousands of miles away to set their spine-tingling action in the woods and along the rocky coasts of Maine. Here are some examples.

No matter what the storyline, the Maine setting seems to render the supernatural more plausible. Werewolves roam among the moose and beaver. The tormented spirits of dead sea captains wail along that convoluted coastline. Every house, inn, and lobster restaurant seems to be haunted. On long winter nights, the wind outside carries the siren call of ghoulies and ghosties and beasties not dreamt of in the encyclopedia.

The Maine Office of Tourism want the world to think of Maine as a Vacationland. They invite us to 'be inspired. Be adventurous. Be yourself.'

Perhaps they should add: but don't go out in the woods alone.

Although Maine seems to bring out the introspective and morbid side of many novelists and scriptwriters, it can inspire poets to quite different themes. Richard Blanco, a Maine-based poet, read his poem 'One Today' at the second Obama inauguration ceremony in 2013. He didn't mention vampires once.

1If you don't count the islands off Alaska that are so far west that they are technically east.2Maine produces 90% of the toothpicks sold in the US. This is not a particularly spooky fact, but it is one of which the industry is proud.