Filling in for the Stage Manager in an Amateur Production Content from the guide to life, the universe and everything 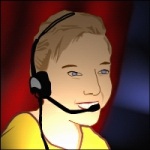 Stage managing for an amateur production can be a demanding and rewarding experience: from the birth of the initial inspiration, to the blossoming of the final production, the stage manager is there to meet requests of the crew and cast, keep things in perspective, and generally be the only one to know what the hell is going on at any given time.

However, filling in for the amateur stage manager is an experience all of its own - one which can end in disaster, or triumph, if you only know how to deal with it.

Why Fill in for the Stage Manager?

Most likely, you signed up as props manager, thinking that you would have a fun, relaxing time playing with the shiny toys, and just happen to be in the room when the stage manager realises she has tickets for a concert on the night of the performance. This leaves you with approximately one week until opening night, and you immediately begin to regret having spent so much time playing 'go fish' with the stage crew and doodling in the props book, instead of watching attentively.

What Sort of Person are You Likely to Be?

One of two kinds of people will agree to fill in for the stage manager at this point: The stand-in is either an adventurer with masochistic tendencies, who will jump at any challenge, and enjoys being harangued; or alternatively, your average doormat, who just can't say no when the director threatens to weep over lack of volunteers.

What Will You Have to Do?

Stage-managing involves keeping the 'Bible'. This is a copy of the script, which includes all of the sound and lighting cues, cues for the actors, and detailed description of where everything should be on the set. Being a stand-in leaves you with the inevitable disadvantage of having to interpret the illegible shorthand of the previous stage-manager.

Also, now is the time to start showing up to rehearsals on a regular basis, in an attempt to familiarise yourself with the script so that you'll be able to prompt during the performance. (Yes, that's your job too.)

Donning the headset for the first time, possibly during the technical rehearsal, the stand-in stage manager will learn the juggling act of 'Q' and 'GO', which must be perfected to ensure the smooth performance of sound, lighting and curtains.

How do I Get Through This?

This may sound like an impossible task, but there are ways to get through it. Seek out the previous stage manager and threaten her until she agrees to spend time with you on it. Or until she cries. Either way, it's a good release for you.

It will also help to concentrate on the obvious perks, such as the cool, sophisticated headset, which provides an opportunity to develop a commanding air of self-importance.

Build a friendly relationship with the stage crew and technical crew. They will be a reliable source of support, especially during opening night. Having established such a rapport, arrange lots of extra rehearsals with them. They won't be happy, but it will be worth it in the end.

Don't expect too much help from the producer or the director, because, so close to opening night, they will have more important things to think about. (Learn to suppress cries of, 'What? More important than me?')

Finally, don't worry too much about the performance. It will be completely adrenaline-fuelled, and you will have support. In addition, if anything should go wrong, you are safely backstage, and have time to make a getaway before the director comes for revenge.

Unfortunately, no rehabilitation exists for the stand-in stage manager, who should seek out someone to talk to about the hauntingly terrifying dreams.

Despite this small drawback, there are obvious advantages to having been roped in to take on this task. It is usually a positive experience: fill-in stage managers get to have fun in an exciting and dramatic atmosphere, meet interesting people, then shout at them, enjoy the gratitude of the desperate director, and at the end of it all, show off some interesting scars!