'Captain Scarlet and the Mysterons' - Background to the TV Series Content from the guide to life, the universe and everything 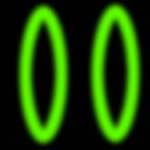 THIS IS THE VOICE OF THE MYSTERONS... WE KNOW THAT YOU CAN HEAR US, EARTHMEN...

The year is 2068. During a survey of the planet Mars, Captain Black, top agent of Earth's security agency Spectrum, stumbles across an alien city. At first, it appears to be deserted, but when an innocent scanner turns to face the human craft, Black panics and orders for the city to be destroyed. Unbeknownst to the humans, the city is the home of the Mysterons, an invisible race of intelligent and peaceful beings who have the power to recreate all matter if it is destroyed (a science they call retrometabolism). They rebuild the ruined city in an instant. But, furious at the unprovoked attack upon them, they embark on a course of retaliation. First they possess Captain Black and use him as their spy on Earth. Then they take control of two other agents here on Earth: Captain Brown and Captain Scarlet. Brown is used in an unsuccessful attack on the World President and destroyed, but when the mysteronised Scarlet is gunned down by fellow agent Captain Blue, a freak effect occurs. Though Scarlet regains control of his body and reverts to human, he also retains some of his Mysteron powers - he is now indestructible! Having made a full recovery from his ordeal, he is allowed to continue in Spectrum as Earth's greatest weapon against the Mysteron threat...

Since the late 1950s, the name 'Gerry Anderson' has been synonymous with action-packed thrill-a-minute TV dramas that starred puppets and miniature sets rather than live actors and real locations. Although this was something that Anderson himself was resentful of (for most of his career, he'd had more 'lofty' ambitions to produce films for 'grown-ups' rather than children's TV), he and his team cornered the market with expensive-looking TV series that had kids and adults alike on the edge of their seats. With the support of Sir Lew Grade1 of ABC2, Anderson had created programmes, such as Fireball XL5, Stingray and Thunderbirds, which introduced audiences to stories that, although essentially little more than string-operated marionette shows, nevertheless had tight plots and three-dimensional characters that audiences could believe in.

By 1967, Gerry Anderson's Thunderbirds had completed its first run on British TV. Although well received in its home country, it had not gone down as well in the all-important American market, due to the inability to secure it a strong networked timeslot. Lew Grade advised Anderson to cut his losses and come up with a new concept. The result was an anti-terrorism science fiction series called Captain Scarlet and the Mysterons.

The concept behind the show, which was rather complex for a supposed 'children's show'3, was that, after spending a short time as a Mysteron, Captain Scarlet would revert to human only to learn that somehow he has become indestructible. In other words, he could be shot, stabbed or blown up and suffer any number of 'fatal' wounds only to recover and continue the fight against Earth's enemy. In short, it provided the series' writers with a reset button every week.

Like other Anderson shows, the series would revolve around a pan-global organisation, in this case, Spectrum, a multicultural security force sent to areas of international concern to hopefully protect the Mysteron's latest target from attack. With their call sign of 'Spectrum is Green' (or simply SIG), the agents were all assigned a colour as their code-name, with all agents reporting to the invariably desk-bound Colonel White.

Anderson's innovative puppets had always been the most sophisticated ever seen. Small electrical impulses gave the puppets synchronised lip-synch - the sound from the prerecorded voice track would be sent down a thin wire to a circuit inside the puppet that could make the lip move open or shut in time to the soundtrack. The eyes could also be radio-controlled to look left and right and all of the other movements were handled via the strings by puppeteers who stood on gantries high above the set. Sadly, partly due to expectations of what puppets should look like, and partly to accommodate the intricate workings of the puppet's circuitry, the stars of Anderson's shows tended to suffer from a problem common with many 'real' actors - big heads! This gave the puppets a caricatured look with enlarged heads on comparatively small bodies.

For Captain Scarlet, however, the decision was made to make the puppets more believable, 1:3 scale compared to a full-sized human. Out went the big heads and in came smaller, more realistically proportioned ones. Unfortunately, as the new puppets were so light they were also more difficult to control. They were also less emotive than their predecessors, making them appear less emotionally expansive. The puppeteers found themselves being called on to contribute less and less as the directors got round the limitations of the 'stars' by simply having them sitting down or standing stationary for much of the show.

One of the other changes for this show was a more gritty, dark, 'adult' tone aimed at an older audience to the usual Supermarionation4 style: stories became more violent, puppets were given facial expressions that showed they were in pain, blood was seen for the first time and at least one character died a grisly death in every episode. As a consequence, after its initial run, Captain Scarlet and the Mysterons wasn't repeated on ITV until the mid-1980s.

Other Entries in the Series

1A legendary producer, Grade was a pioneer in the television industry, responsible for some of the biggest shows in TV history - including most of Anderson's output as well as action series like The Professionals and co-productions such as Jim Henson's Muppet Show.2One of the main independent franchises of the ITV network until the mid-1980s when it was taken over by Central.3Although Anderson was making the programme for a family audience, as with many of his later shows, the simple fact that his name was attached led many to mistakenly assume the programme was 'just for kids'.4A word Anderson coined to incorporate their 'super' new way of using marionettes in stories usually found in animation.