Coin Collecting Content from the guide to life, the universe and everything 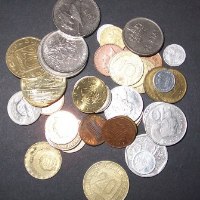 It is difficult to pinpoint exactly when coin collecting started, but inventories of imperial coin collections have been found dating back to the Middle Ages. As one of the oldest recorded collecting hobbies, coin collecting has earned the nickname the 'King of Hobbies'. It was considered the domain of the aristocracy at first, then it trickled down to the upper class and the bourgeoisie and is now accessible to everyone. The US has seen a resurgence of interest in coin collecting in recent years, due in part to the new series of State Quarters issued by the US Mint. Increasing numbers of women and minority groups are entering the hobby, taking on prominent roles as dealers and becoming members of the boards of coin clubs such as the American Numismatic Association.

Overview of the Hobby

Coin collecting, or numismatics (from the Greek nomisma - 'standard'), can be very simple or very extensive. The basic aspects of the hobby are acquiring coins, storing them, and learning about them.

Collectors can obtain their coins in many ways:

Market values of coins are tracked and recorded in books such as Yeoman's Guide to United States Coins (aka 'The Redbook'), and Krause's Catalogue of World Coins. The current price for any given coin can fluctuate over time. Many factors affect its value including its condition and rarity, the precious metal market, and the coin's popularity.

Most collectors will focus their collection: they may have a preference for coins from a particular country or countries, a type of coin, or even coins from a specific mint or time period. Most collectors also collect coins as a series; they try to find an example from each year that a particular type of coin was minted. Others look for errors: doubling of letters and dates on coins that were struck twice, marks from a cracked die, and dramatic errors such as an off-centre image. Others seek varieties: for example, one year an 'eagle' had seven tail feathers instead of eight; one year the 'buffalo' only had three legs instead of four because of a worn die. Sometimes a collector will even look for a specific shade of tarnish (referred to euphemistically as 'toning'): for example, blue on silver coins is highly valued. Other collectors are not as picky and keep coins purely because they like the design or have fond memories of someone or someplace attached to the coin .

Whether acquiring a coin by buying it or trading it, a knowledge of grading will come in handy. Grading is not an exact science but an attempt to describe to someone what the condition of the coin is. Grading standards in the US are fairly well established, but there can still be some differences between grading agencies, and even from one dealer's assessment to another's of the same coin. In general, the factors taken into consideration are the number of scratches, dings, or stains, any corrosion, how much detail is left, and how much and what colour of toning is present.

Ideally, coin storage should preserve the coin from damage by chemicals and humidity, yet allow the collector to easily organise and view the coins. The methods vary in cost and effectiveness: anything from a shoebox or a glass jar to cardboard albums, clear plastic pages with pockets that can fit in a three-ring binder, individual snap-on airtight containers, to 'slabbing' (encasing a coin in plastic). If a collection is especially valuable, a collector may go as far as using a bank safe deposit box and including a small packet of silica gel as a desiccant to avoid humidity.

The collectors can be as diverse as the kinds of coins they collect. Coin collectors can be bitten by the bug at any age, but will frequently become interested when they receive a coin as a gift in childhood. Some are casual collectors - they may not even recognise that they are a collector, they just have a box or jar of interesting coins squirreled away somewhere. Others may have a definite preference for a particular coin, but do not go out of their way to acquire a complete set or to research the history of their coins. Finally, the truly dedicated will research every aspect of their coins in meticulous detail. They often use coins as a springboard into other interests such as history, art and metal detecting. The most serious collectors will often become professional dealers.

Advanced coin collectors will often be history buffs. They research not just what the designs are on a coin, but how much the coin could buy when it was circulating, the public's reception of the coin when it was first released, and any historical events remotely tied into it. They will also have a fairly good idea of its grade and market value.

They find out this information through talking with other collectors, doing extensive reading, consulting price guides and searching for information on the web.

There are many books and websites about coin collecting; however, most of them are geared to intermediate or advanced collectors. Here are a few resources for those interested in starting a coin collection.