'Mission: Impossible' - The TV Series Content from the guide to life, the universe and everything 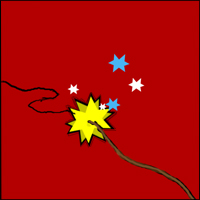 Terrorist organisation causing problems? Tin pot dictatorship in East European country needs bringing down? Want to rid yourself of an organised crime boss? Who are you going to call? In the 1960s and 1970s, the A-team wasn't around, so the government called in IMF, the Impossible Mission Force.

Good morning, Mr Phelps. The man you are looking at is...

The average episode begins with a pre-recorded message from the government contact to the leader of the IMF, either Dan Briggs in the first season or Jim Phelps in the rest, detailing the mission. The leader then goes through a dossier of possible team members, generally picking the same few people, and the taped message self-destructs1.

Briggs was the original leader of the IMF force. He left the show because, as an orthodox Jew, actor Steven Hill who played Briggs could not film on the Sabbath. He was replaced by Peter Graves as Jim Phelps. Hill went on to play DA Adam Schiff in Law and Order.

Phelps took over as leader and became the most recognisable character of the show. His forte was planning and playing the protagonist in the plots. Phelps returned when the show was relaunched, and the character appeared in the first of the Tom Cruise films. The film portrayal of Phelps as a traitor made a lot of the original cast members refuse the offer of cameo roles in the movie. Graves's career later included the role of Capt. Clarence Oveur in the Airplane films.

Rollin played by Martin Landau is a magician whose talents revolve around impersonation and make-up. He can make himself look and sound like anybody he wants. So much so, you could swear they were using a different actor. He generally impersonates somebody central to the plot, in order to issue orders, cast doubt on people's characters and generally cause mischief. His other talent was looking very worried to add to the tension of the episode. He lasted three seasons before The Amazing Paris came in to replace him. Landau is a hugely successful actor with countless other film and TV roles, including Cmdr. John Koenig in Space 1999 and Bela Lugosi in Ed Wood.

Paris was an actor, again able to take on the faces and voices of different people, much in the same way the Rollin did, fulfilling the same role within the team for two seasons. Nimoy is obviously best known for his role as Spock in the Star Trek series. As well as being a successful writer and director, he also has had limited success with his musical career.

Bain starred with her husband Landau, playing the token woman of the team. Her role as Cinnamon earned her three consecutive Emmy Awards for Best Actress. She left when her husband did, and later starred with him in Space 1999.

Barney was the electronics genius. He made most of the gadgetry that the team used. He was a strong African/American role model, his brain rather than brawn was the most valuable asset to the team and he featured in every show. Morris walked out of the Tom Cruise film, criticising it. He died of cancer in 1996.

Willy featured in almost every episode, yet hardly had any lines. He is a professional strongman but also highly intelligent. Due to his regular appearance, yet limited speaking parts, he developed a large fan following. A lot of his roles in the show were helping out Barney with his wizardry. Lupus went on to play Norburg in Police Squad.

The IMF were a private organisation that were employed by the government for operating in areas that the US government could not be seen to be meddling with. These areas originally tended to be Eastern European states that had strict military rulers, crafty secret policemen and just a bit of mistrust between people at the top. In the later seasons, the IMF tackled issues at home, as protests over Vietnam were at their peak.

It is generally accepted that the second and third seasons were the best ones. The average mission in these series started off in Jim's office with the planning, then off to the site of the mission. Jim and Cinnamon would generally be the protagonists in the plot, with Rollin playing one or more characters known to the people they are conning. Barney and Willy were generally behind the scenes; Barney making and running the electronics and other machines, and Willy helping to move things along.

Phelps's plans were incredibly intricate and it seemed like every player's part was scripted, whether they knew it or not! Unlike the all-action James Bond, spy work IMF-style was subtle - hidden cameras, switching secret messages, altering clock times. The missions, especially from season two onwards, showed that violence wasn't needed to solve problems.

In the end, they all met up and drove out of town in the back of a truck or in a big black car.

The show lasted seven seasons from 1966 to 1973. It was created by Bruce Geller.

The opening titles of 'Mission: Impossible' are iconic small screen moments. The simple driving riff, witten by Lalo Schifrin in 5/4 time, of the theme tune accompanies a fuse burning across the screen. He was inspired by the fuse to create a tune now synonymous with tension and acts of derring-do. It has become so familiar that it was even used in a nature programme involving squirrels negotiating obstacles2.

The decision was made to remake 'Mission: Impossible' in 1988 as a Paramount ploy to win more ratings. A rather elderly Jim Phelps returned with a young team. However a writer's strike meant that the episodes were basically rehashes of old episodes and it wasn't successful, although diehard fans are generally more appreciative of these than the two Tom Cruise films.

As always, should you or any of your IM Force be caught or killed, the secretary will disavow any knowledge of your actions. This tape will self-destruct in five seconds. Good luck, Jim.

1The cartoon series Inspector Gadget sends this up, as do many other shows. 2Which later inspired a famous series of beer commercials.