Meningitis Content from the guide to life, the universe and everything 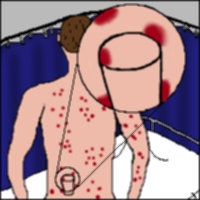 Meningitis is the inflammation of the meninges1, most commonly due to infection with a bacterium or virus – bacterial meningitis tends to be potentially life-threatening, whereas viral meningitis is usually relatively benign. The classic triad of symptoms seen in meningitis is headache, neck stiffness and photophobia2, with other symptoms depending upon the microbe involved and the severity of the disease. Meningitis may also occur together with encephalitis3  – this is known as meningo-encephalitis. Meningitis is a notifiable disease in the UK, meaning that public health authorities are notified of all cases.

Since the introduction of a vaccine in the 1980s, meningitis due to Haemophilus influenzae type b has become rare. Spirochaete bacteria may also rarely cause a meningo-encephalitis, and include Leptospira (Weil's disease), Borrelia burgdorferi (tick-borne Lyme disease) and Treponema pallidum (syphilis).

Mycobacterium tuberculosis, the organism responsible for TB, may rarely produce a sub-acute form of meningitis in which the individual slowly becomes unwell. M. tuberculosis is spread via droplets from the respiratory tract and usually causes tuberculosis in the lungs, but can cause infection anywhere in the body.

Viral meningitis is most commonly caused by the enteroviruses such as the poliovirus, coxsackie viruses A and B and the echoviruses. All of these are found in the human gut, and are spread both through faecal contamination of food and in the droplets of coughs and sneezes from those suffering from an infection. Viral meningitis may also be caused by various other organisms such as herpes simplex, the varicella zoster virus, the Epstein-Barr virus, or the paramyxovirus9.

Occasionally, meningitis may be caused by an amoeba contracted by drinking unsterilised water, or by Toxoplasma gondii, a parasite found in cat litter. Also, meningitis can occur as the result of a non-infectious condition such as cancer, sarcoidosis or systemic lupus.

Symptoms in Adults and Children

For a pictorial reference for the symptoms of meningitis, see the Meningitis Trust website. The symptoms listed on that website are highlighted here in bold type. Any individual with symptoms suggestive of meningitis should seek medical attention immediately.

As mentioned above, meningitis can cause headache, neck stiffness and photophobia, all of which are a result of the irritation of the meninges. Individuals with bacterial meningitis tend to become unwell rapidly, whereas viral meningitis tends to be relatively mild and may be preceded by a flu-like illness. Vomiting may also occur in severe meningitis.

Babies with meningitis tend to be irritable, cry when picked up, and have a fever. Other symptoms include drowsiness, paleness, floppiness, rapid breathing or grunting, unusual crying or moaning, refusal of food or vomiting, and a rash in cases of septicaemia. Parents with a baby in such a state will hardly need telling to take their baby to a doctor immediately.

Diagnosis of meningitis is based on a history of the above symptoms and examination for rash, neck stiffness, neurological symptoms and signs of serious infection. Provided that the patient does not have signs of raised intracranial pressure, a lumbar puncture can be performed10; otherwise, a CT scan of the brain must first be performed. A lumbar puncture involves inserting a needle into the layers surrounding the spinal cord in order to remove some of the cerebrospinal fluid (CSF). In bacterial meningitis, the CSF becomes cloudy and bacteria may be detected by PCR testing or culture of the fluid11. Blood cultures are taken before antibiotics are started to help identify the bacteria responsible, and a throat swab may also be taken. In viral meningitis, the CSF remains clear and no bacteria can be detected, leading to the use of the confusing term 'aseptic meningitis' for such CSF samples – an 'aseptic meningitis' may also be due to a spirochaete, TB, fungus or amoeba.

When bacterial meningitis or meningococcal septicaemia is suspected, antibiotics are started as soon as blood samples have been taken for culture. Out of hospital, suspected meningitis can be treated with benzyl penicillin. Treatment is usually with a third-generation cephalosporin antibiotic such as cefotaxime, ceftriaxone or ceftazidime, with adjustments being made once tests reveal the bacterium responsible and the antibiotics to which it is sensitive. Steroids are sometimes given alongside antibiotics in order to treat swelling around the brain and reduce the risk of long-term consequences such as deafness. Ampicillin is given to pregnant women and individuals with an impaired immune system to cover the possibility of listeria. In order to target the appropriate range of bacteria, newborns are treated with the antibiotics penicillin and gentamicin.

Without treatment, bacterial meningitis is typically fatal. With treatment, the prognosis varies with age: the death rate is around 10% on average, with adults and newborns having a 20% chance of dying and children having only a 2% chance. However, 15% of the children who survive suffer from hearing loss, epilepsy or learning difficulties, and around a third of adults suffer from either hearing loss or some form of cognitive impairment12.

Viral meningitis is rarely fatal and tends not to have long-term effects. However, this does not mean viral infections never cause harm – viral encephalitis has a death rate of 20% and is associated with a risk of severe long-term brain damage.

Individuals who have been in close contact with an individual with bacterial meningitis are usually followed up by a public health team and given antibiotic treatment to prevent them falling ill (chemoprophylaxis). This usually consists of rifampicin, ciprofloxacin or a cephalosporin. However, no follow-up is required for pneumococcal meningitis.

1The meninges are three layers of tissue that cover the brain.2Excessive sensitivity to light.3Inflammation of the brain tissue itself.4E. coli is found in the gut and generally only causes meningitis in newborns.5Listeria is a food-borne bacteria found in soft cheeses, cold meats and unwashed fruit and vegetables. Pregnant women are usually advised to avoid these foods.6Group B streptococcus is the most common cause of meningitis in newborns as it can spread from the mother to the baby at birth, and can also spread amongst babies in intensive care wards. The risk of Group B streptococcal infection is currently being tackled by such measures as screening pregnant women and treating them before they give birth.7We're talking about more than a peck on the cheek here.8A serotype is a subdivision of a species of bacteria based upon the different proteins found in the different types.9The paramyxovirus causes mumps, and was the most common cause of viral meningitis until the MMR vaccine was introduced.10Signs such as reduced conscious level, a drop in pulse rate, rising blood pressure, neurological signs and swelling of the optic disc all suggest that an individual has an increased degree of pressure inside their brain and spinal cord. This can be caused by meningitis or encephalitis, and makes taking a lumbar puncture dangerous.11Polymerase chain reaction (PCR) testing detects an organism's DNA by multiplying it to a detectable level, whereas a culture involves growing it on a plate.12Cognitive impairment refers to an impairment of brain function, and includes problems with memory, intelligence, learning, speech and other aspects of higher function.