Summer Solstice Content from the guide to life, the universe and everything

Influences of the seasons and astrology can be found in nearly every world religion, incorporating the discoveries of ancient astronomers from age-old cultures. Evidence of their activities can be found in sites as far apart as Stonehenge in England, UK, Big Horn Medicine Wheel in Wyoming, USA Caracol Tower in Mexico and the Pyramid of Khufu at Giza in Egypt. Scientific studies of these remnants of bygone civilisations demonstrate their concern with the regular movements of the sun, moon and stars. From this evidence it is possible to determine that the archaic systems of measuring the year were orientated on celestial events such as the summer solstice. The word solstice is Latin, meaning 'sun stands still', reflecting the impression that the sun appears to rise in exactly the same place for a few days at this time of year; and likewise the place where it sets also appears unchanged during this period.

In the northern hemisphere, the Summer Solstice marks the middle of summer when the sun reaches its most northerly position in the sky at its furthest point from the celestial equator, and this day (about 21 June in our calendar) has been celebrated by many cultures throughout the ages. This is the time when the northern hemisphere experiences the longest day and the shortest night, and many of the ancient celebrations held in different parts of the world to mark this event show a remarkable similarity in their ritual.

Customarily, fires were lit on mountain tops, beside rivers and streams and in the market places and streets of the towns. Fertility rites were performed to ensure a bountiful harvest in the coming year and no crops were gathered until the first fruits were blessed on this day. The bonfires were believed to symbolise the sun's power and to help it to renew its energy as it began its downward course across the horizon. These celebrations have continued to this day thanks to the Catholic Church who chose midsummer to celebrate the birth of John the Baptist. They incorporated the ancient summer solstice festival into St John's Day and told the people that their fires should represent him rather than the sun; but, apart from the shift of emphasis, the actual ritual has changed little down the ages. In Spain, fires are still lit for 'San Juan', continuing this age-old rite, performed by their ancestors, in an unbroken chain throughout the centuries.

Today, in celebration of the summer solstice, modern Druids congregate at Stonehenge, Native Americans try to recapture archaic ceremonies high in the Big Horn Mountains of northern Wyoming and descendants of the Aztecs and Incas in Central America greet the day with drums and rattles. New agers gather at ancient sites throughout the world in celebration of the summer solstice. They flock to wherever they believe 'places of power' are, where, crystals in hand, they chant and sing to the sun, invoking its power into their lives. All these disparate people believe that they are re-enacting age-old ceremonies and forming mystic links, back through time, in communion with their ancestors.

The Summer Solstice Ritual gives believers an opportunity to look back over the past year at the treasures yielded to them by Mother Earth and to look forward to a renewal of life and earth's new bounties for the coming year. In celebrating this festival they believe that they become as one with the universal forces of nature and gain insight into its unending mysteries. 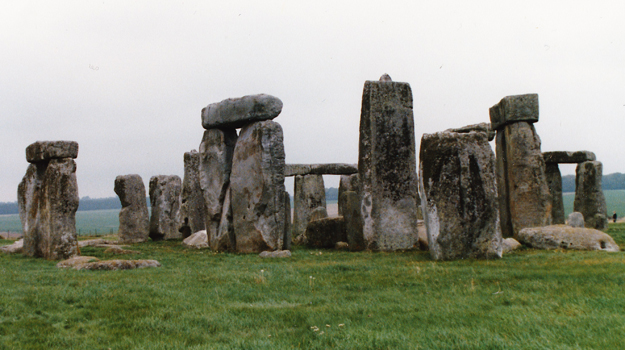