North Dakota, USA Content from the guide to life, the universe and everything 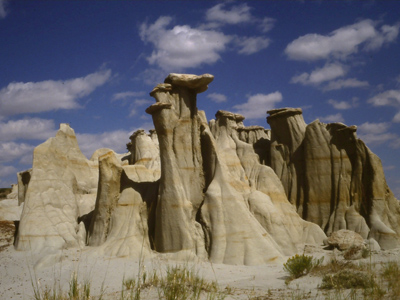 North Dakota is a vast, beautiful state filled with ample opportunities for outdoor adventures. The prairies are vast, the fields are golden, and population is sparse. So if you don't get lost, North Dakota can be a dream of a place, but there's more to North Dakota than the great outdoors.

The towns in North Dakota are small and friendly. Most people are polite and helpful, but one thing you can't always count on is a ride. Public transportation in North Dakota is spotty. Very few of the cities have bus services inside town, but intercity bus lines do run through most towns. Amtrak also has a line through the northern part of the state.

There are four major cities in North Dakota, listed here by their size: Fargo, in the south east, Bismarck, in the south central portion, Minot, in the north central portion, and Grand Forks, in the north eastern portion. If you want your creature comforts, stay in Fargo as the other cities are often passed over by large store chains and video stores. There are other, smaller cities which you may hear of, such as Jamestown, Dickinson, or Williston, as you journey through this state, but bear in mind, not all cities in North Dakota are cities in the usual sense. State law says that population concentrations that would normally be considered villages, be registered as cities.

Things are cheaper in North Dakota than most other parts of the country. Petrol is usually cheap, as is bread and other food products. This is because that those goods are produced in the state and thus saves on shipping/transportation costs. Land is also in large supply and is likewise cheaper. The proximity to Canada also allows you to buy consumer goods at lower prices. Your college education in North Dakota will be cheaper, too.

Travelling in North Dakota in your own car can be tiring. The distances are huge, but that in itself would not be so bad if it weren't for the lack of towns. There are some places on the roads you do not want to break down on, so be sure your car is in perfect order before setting out. Also unless you want to hear country music all the way to your cross-state destination, bring some tapes or CDs.

So in short, with the great outdoors, with the few towns that dot the country side, cheap produce and services and low crime, North Dakota is a great place to be.