Ides of March Content from the guide to life, the universe and everything 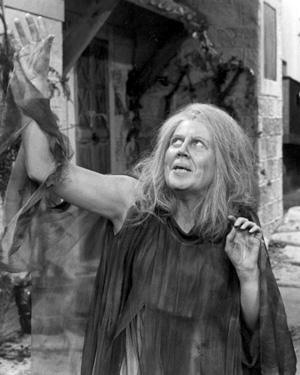 Virtually every schoolchild has heard of the warning given by a soothsayer to Julius Caesar: 'Beware the Ides of March'. Indeed, following that warning, Caesar was assassinated by Brutus on that fateful day. But what were/are 'the Ides of March'?

The term 'Ides' derives from the earliest Roman calendar which, according to legend, was devised by Romulus, the mythical founder of Rome. In the ancient Roman calendar, each of the 12 months1 had an 'ides', this word deriving from the Latin 'to divide', and were those days that nearly halved the months. The Ides were originally meant to mark the appearance of the full moon - but since the solar calendar months and lunar months were of different lengths, the Ides quickly lost their original intent and purpose.

In March, May, July and October, the Ides fell on the fifteenth day, whereas in every other month, they fell on the thirteenth.

The 'Ides' served as a reference point for two other special days: the Calends2 (First day of the month), and the Nones (which fell on the seventh day in March, May, July, and October; and the fifth in the other months).

The remaining, unnamed days of the month were identified by counting backwards from the Calends, Nones, or the Ides. For example, 3 March would be V Nones – five days before the Nones.

Roman Naming of the Days in March

This system of naming the days of the month was also used in the Julian calendar (established by Julius Caesar in 45 BC)3 and continued to be used throughout the Middle Ages and into the Renaissance4.

Although the Ides of March no longer has relevance, it continues to hold a fascination, thanks mainly to Shakespeare's command of language.

Thus, in Act One, Scene Two of Julius Caesar, Caesar asks a soothsayer what the future holds.

Caesar: Who is it in the press that calls on me?
I hear a tongue, shriller than all the music
Cry 'Caesar!' Speak. Caesar is turn'd to hear.
Soothsayer: Beware the Ides of March.

Apparently, Caesar ignores this warning for he replies:

He is a dreamer; let us leave him. Pass.

Who was the Soothsayer?

According to Suetonius and Plutarch, sometime in March when Caesar was making sacrifices, a soothsayer or astrologer named Spurinna warned Caesar of danger on a date no later than the Ides of March.

According to Plutarch's account, written in 75 AD, Caesar had decided, wisely, to remain within the safety of his chambers on 15 March. However, Caesar's 'friend' Decimus (Albinus) Brutus (not Marcus Brutus) managed to convince him that the astrologer's warnings were nothing more than superstition; so Caesar attended the Senate anyway on that date. On his way to the Senate, Caesar contrived to meet up with Spurinna and, upon seeing him mocked, 'The Ides of March are come'. Spurinna replied, 'Yes, they are come, but they are not past'. Later that day - on 15 March, 44 BC - Caesar's enemies assassinated him in the Pompeii theatre, at the foot of Pompey's statue, where the Roman Senate was meeting that day in the Temple of Venus.

Why did Caesar Ignore the Warning?

One theory as to why Caesar might have been appearing to ignore the ominous warning of Spurinna, is that perhaps he simply got the dates confused, and thought that the Ides of March fell on the thirteenth. Since Spurinna had warned him of the danger occurring no later than 'the Ides', Caesar may have thought he was safe.

'Beware the Ides of March'

Besides being the date of the assassination of Caesar, a number of other significant or otherwise interesting events are marked by 15 March.

Some sources5 say that Hitler proclaimed the formation of the Third Reich on 15 March, 1933.

On 15 March, 1939 the Nazis invaded Czechoslovakia - the first time Hitler had taken over a non-Germanic people.

It is interesting to note that Elizabeth Taylor and Richard Burton, who 'enjoyed' a turbulent relationship, married each other for the first time on 15 March, 1964. Elizabeth Taylor starred in the highly-acclaimed film 'Cleopatra' (1963), which tells the tale of the Egyptian queen who seduces Julius Caesar in a political move to hold onto her empire. When Caesar is killed in the Roman Senate, Cleopatra looks to Marc Antony (Richard Burton) for his support. Marc Anthony is totally besotted with Cleopatra and is practically enslaved by her cunning female stratagems. This film was one of the most expensive productions for its time.

On 15 March, 1877, the first Test Match in cricket was held, between Australia and England, in Melbourne.

1The earliest Roman calendar, which was based on the local calendar of Rome, had only ten months. January and February were added in about 700 BC.2The word calendar is derived from the Old French 'calendier' from Roman 'calendrium', meaning 'account book' in Late Latin. In Roman times, as is the case now, the Calends - the first of the month - was the date on which bills were due. 'Calend' is a corruption of the Greek kaleô, to call. This is because, in Rome, the first day of each month was called out to the people.3 The Julian calendar gave us the basis of our system of 365 days a year and 366 in a leap year.4Therefore, an audience in Shakespeare's time would have been familiar with the term, even though its meaning is now somewhat obscure.5For example, The Illustrated London News, 1933.