Puns: A Practical Guide Content from the guide to life, the universe and everything 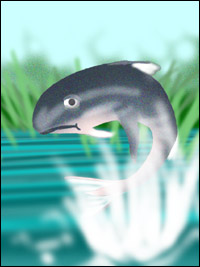 Pun for the whole family or let them pun for themselves.

Puns are a simple pleasure enjoyed by simple folk. Craftily hunting around your vocabulary for a pertinent double meaning can be hours of fun. However, the pun also has a darker side: the associated sadistic streak that inflicts these groan-extracting twists of semantics upon one's colleagues. The only thing better than creating a great play on words is the joy of hearing the groans of dismay from those in earshot.

A pun is a phrase or sentence in which the several meanings of one word are alluded to in an attempt, with varying levels and measures of success, to elicit humour.

To appreciate the technical distinctions of different styles of puns, please visit Puns and Other Word Play.

Puns are slightly outside this dichotomy. Although they may contain criticism of self or others, their humour is centred in cleverness and the act of sharing this cleverness. Making fun of the language, twisting it to extract these witticisms, is a gentle pleasure when compared with the violence of the deliberate pratfall or pie-in-the-face, figurative or literal.

However, success is gauged on the length or loudness of the ensuing groan. If laughter is the desired result then puns are to be avoided at all costs.

Puns are fun to create and share with loved ones, although good body armour and life insurance are advised. To illustrate their construction, here is a pun constructed especially for h2g2:

Did he mark it badly? No, it was only 'Arf a Dent.

This example demonstrates the construction of the pun rather than its quality.

Once the theme is decided, in this case the Hitchhiker's Guide to the Galaxy, it is simply a matter of considering the related material and finding a potential word or phrase for the pun.

The phrase 'Arthur Dent' allows two intrepretations: in addition to the literal one, altering 'Arthur' to a contraction of 'half a' results in the secondary ''Arf a Dent.'

A context then must be found for the phrase, in order to extract both meanings. In this case, the location of the pun in the h2g2 site elicits the literal meaning and the phrasing of the pun extracts the second.

To gain confidence in pun construction, try playing the punning word association game described below. With practice, finding puns will become almost automatic. However, if punning becomes compulsive it would be wise to seek help to establish whether this is Freudian in nature.

Occasionally, converting the discovery into a full pun can be more problematic; it is often difficult to make the found word or phrase into a consistent pun. Often, a word or phrase has wonderful potential but the attempt to put it in context fails and creating a full consistent pun is impossible. In this case, the idea should be discarded unless the pun is so poor that it actually extracts louder groans.

Here is a punning word association game. Decide on a theme, then carry out a conversation with each participant trying to deliver a pun related to the theme. For example if the theme were fishing, the conversation might go as follows:

'This one will hook you in'
'I think you’re floundering'
'That was a bit of a sinker'
'Cod, that was horrible'...

Puns are versatile; they can be as simple as:
(whoosh) Duck! Quack.

As convoluted as:
Gandhi was a super-calloused fragile mystic, hexed by halitosis.

As obscure as:
The man read the sign over the llama's cage; 'Beware it spits' and he was.

As ridiculous as:
CRUN: Put the brake on, Min.
BANNISTER: Doesn't suit me, Henry.1

Mixed with incongruity:
Pull up a sock and sit down.

Derivative:
The pun is mightier than the scorn.

Self-referential
A man sent ten examples of his own word play to his friends with the expectation that they would get a laugh. Unfortunately, no pun in ten did.

Multilingual:
FAWLTY: Manuel, there is too much butter on those trays.
MANUEL: No, no, no, Mister Fawlty, un dos tres.2

And again with sauce:
The shopper asked for a double entendre, and the sale assistant gave her one.

Puns are not easy; they require practice to create. Family and friends will often try to dissuade the practice. However, I say: Persist! The vagaries of English are infinite!