How to Cope with Culture Shock Content from the guide to life, the universe and everything 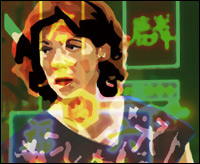 In today's global economy, where major firms have branches in most areas of the world, many more people than ever before contemplate living in another country. For some this means a job in a country with the same first language, but for most the first language of the country will be different. This is especially true of non-native English speakers. The culture of the host country may also be very different, even when the shift is to a country with the same lingual background. These factors lead to a condition referred to as culture shock. The simple fact is that everyone who lives in a country with a different language will suffer from some form of culture shock. Although the conclusions appear to have validity for people who move to a country with the same first language, theorists regard the different lingual background as the vital factor in causing culture shock. The secret to dealing with it lies in recognising the symptoms and being aware of the approaches that will lessen its effect.

What is Culture Shock?

The term comes from Schumann's Theory of Acculturation which aims to explain the stages that an immigrant goes through from arrival to eventual assimilation. As Schumann himself acknowledges, very few people will stay long enough in a foreign country to fully assimilate, but those people that stay for a year or more will move along the continuum to some extent.

When a person arrives in a new country the first stage that they will go through is the euphoric stage. At this stage everything about the new culture will delight and amuse the new arrival. The country from which the person has travelled will be constantly compared to the new country in disparaging terms. It is very common for the new immigrant to try to assume the cultural imperatives of their new hosts even if the language is hard to master. The language itself will be studied with enthusiasm and the first few months are usually a time of great progress. This honeymoon period commonly lasts from three to six months, but for some people it can last up to a year.

After the first stage, new immigrants will be shocked to find themselves becoming antagonistic to everything about the host culture. This second stage is the hostile stage. It arrives with little or no warning, and can be triggered by a seemingly small incident or even have no apparent cause. This stage is characterised by depression and in some cases aggression towards the previously revered hosts. The person affected will attempt to reconnect with their home culture, by watching films or reading books and papers that are connected with their homeland. Cultural differences will no longer be celebrated, but seen as a source of conflict. Familiar or comfort food from the traveller's home country will be sought out and consumed with delight. Language study will stall or even go into reverse as the immigrant decides that their own language is quite acceptable for most situations. This stage will often last for six months, but it varies from person to person.

The third stage is the acceptance stage. In this stage a kind of equilibrium is reached where the immigrant learns to accept the differences between their host culture and their home culture and to celebrate those differences where appropriate. There are certain customs that the host culture reveres that will become part of the everyday life of the new resident. A good example of this is the custom of leaving shoes outside the house in Japan, which many one-time residents of that country take back to their home country. On the other hand the custom of slurping noodles as loudly as possible is nearly always left behind at Osaka Airport!

Finally, in the vast majority of cases the immigrant will return to their own country. Once there the fourth, and most unexpected, stage occurs and this is referred to as the reverse culture shock stage. Upon arriving back, the returning resident will be eager to share their experiences of another culture that have made them a different person. However, they have returned to a group of people, and indeed a country, that has changed in the interim. These changes can be subtle or far-reaching, but they will affect the way that the returnee is accepted by, or accepts, their own host country and its residents. Often the change required will be too great. The returnee will in many cases deal with this by returning to the host culture or exploring another culture and language.

How can Culture Shock be Lessened?

The most important factor in coping with culture shock is to accept that, however well you prepare, it will affect you to some extent. As Schumann found in the course of his research, the four stages outlined above can never be avoided, but the length of time spent in each of the stages can be greatly reduced by taking certain courses of action.

Firstly, the would-be immigrant should study the culture and language of their intended destination. This may sound obvious, but in the maelstrom of moving and sorting out affairs it is often forgotten. Even having a few words of the target language can help smooth your path in the early days. Also the realisation that there is a negative side to your destination can help to lessen the effect of the euphoric stage.

When the hostile stage overtakes the recently-arrived traveller it is pointless trying to fight through it. Although it seems counter-productive it is actually important to immerse yourself in your home culture. The hostile stage is an expression of the confusion of identity that overtakes a person adjusting to a new culture. To lessen the effect of this confusion, the new arrival should allow themselves to reconnect with their home culture. As well as this, elements of the host culture should be actively enjoyed, and the friendship of one or two colleagues can be cultivated. This reminds the traveller that there are positive aspects of the host culture to be appreciated.

The acceptance stage is a marvellous period of discovery that allows the cultural explorer to appreciate and learn from the differences between the host and the home culture. The reverse culture shock can be dealt with in part by studying the home culture as assiduously the host culture. In the period between departure and return a number of things may have changed, especially if a number of years have elapsed. The would-be returnee should find out what these changes are. On a more personal note the returnee should get back in touch with old friends and organise to meet them upon their return. Be prepared to find that they have changed markedly, or indeed that they have not changed at all. Some of them may want to hear all about the experiences you had, whilst others will take a polite interest then show irritation as you continue to talk about 'When I was in... ' If the returnee finds out that the former home culture seems more foreign than the one left behind then it may be that another trip abroad is required!

Foreign travel can be the most rewarding experience imaginable but it can also be very difficult. Preparation can offset the majority of problems but the clever immigrant will just see any problems as a learning opportunity. Once culture shock is prepared for it becomes part of the rich tapestry of life in another country that, it should always be remembered, is a privilege.