Cambridge University Botanic Garden Content from the guide to life, the universe and everything 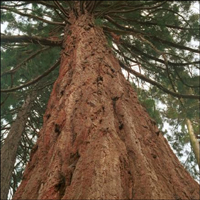 Cambridge University Botanic Garden is one of Britain's oldest botanical gardens. It consists of 40 acres and some 10,000 labelled plants, including nine national collections.

The present gardens were founded by JS Henslow as a teaching resource for the University of Cambridge on land acquired in 1831 and opened in 1846. Henslow's historic garden is off Trumpington Street and contains the first systematic beds (an original feature). The first glasshouses were added in 1888, but after they started to rot, they were replaced with the present 1931 - 1934 teak glasshouse range, which has recently been restored. In the 1970s, the old Palm House was demolished and new one erected. The lake was added in the 1920s. The first phase of the Rock Garden was built between 1954 and 1957 in order to represent a limestone habitat. The garden also has a large collection of trees that was started by Henslow and has now grown to be the largest collection in East Anglia. Many of these trees are found in the Woodland Garden.

In the 1960s, the garden was extended to include an area that the garden rented out for allotments. The newer gardens include the famous and colourful Winter Garden, opened in 1976. Also in the new garden is the Fen Display, which was originally opened in 1960 and recently renewed and enlarged in 2005.

The systematic beds are an original feature designed by Henslow. They consist of 144 island beds organised by species (or systematics) and containing over 80 families of flora in only 1.5 acres. Systematics was a system invented and first used in the Cambridge University Gardens. Though variations have been adapted for use by other botanic gardens, the beds in Cambridge are still unique.

The tree collection includes a large number of different species. In the main garden, these are divided into groups of related species. Examples of the many important plants grown are the oldest Giant Redwoods in Britain and the first Dawn Redwood grown outside China. Another tree of some importance is the Black Walnut near the Bateman Street gate.

The Woodland Garden is dense woodland and glades with trees from all over the world surrounded by bulbs and herbaceous plants. The paths snake through the glades, which have colourful undergrowth in spring and summer.

The Winter Garden has a spectacular and colourful display when the rest of the garden is less vibrant. It contains many interesting and beautiful plants including heathers and dogwoods, beautiful with their bright red and yellow stems. The garden was first opened in 1979 and is colourful from December to April.

The present Fen Display was introduced in 2005 after a huge revamp of the gardens. The display contains plants native to the local fenland; Wicken Fen donated the plants. It consists of a bridge crossing an area of bog with a display in the middle.

The Rock Garden takes up two sides of the lake — one part shows those plants found in limestone habitats, the other displays those found in areas of sandstone.

In the Glasshouse Range, the old teak glasshouses and corridor have recently been restored to their former glory. The glasshouses are:

The Gilmour building houses both the shop and the café. The shop sells cards, books and prints of paintings by local botanical illustrator Georita Harriott.

The Gardens are open all year round except from 23 December to 2 January. The opening times are:

The Glasshouse Range closes half an hour before the main closing time.

The Entrance fee is £3 for adults and £2.50 concessions. From November till March on weekday there is no entrance fee. Friends of the Botanic Gardens may enter free for a £25 yearly subscription1.

How To Get There

There are two entrances to the Gardens. The Station Road gate on Hills Road is just opposite Station Road. The Bateman Street main gate is just off Trumpington Street.

Pay and Display car parking can be found on the roads around the garden and Disabled parking on Bateman Street.

1Prices and opening details as of 2007. 2All bus stop information as of September 2007.