Ealing, London, UK Content from the guide to life, the universe and everything 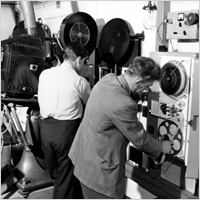 The borough of Ealing is situated in West London and includes Acton, Greenford, Northolt and Southall. From its modest beginnings as a farming settlement, Ealing is now home to an estimated 306,400 people1.

Ealing as a Settlement

The name 'Ealing' is derived from Gillingas, meaning the 'people of Gilla'; Gilla is believed to have been an Anglo-Saxon settler. In the centuries since then, the name has been Yealing, Zelling and Eling, until Ealing was adopted as the standard spelling in the 19th Century. The Church of St Mary in Hanwell dates from the early 12th Century and the surrounding parish was made up of manors and the surrounding land - for example Gunnersbury and Pitshanger.

When the first maps were made in the 18th Century, the area was still mainly agricultural, with small villages among open countryside and fields. However, the parish now had a road running from east to west across it, which would be later known as the Uxbridge Road. This road running towards Oxford had many inns alongside it, where travellers could rest and change the horses pulling their carriages. Today it is one of the busiest roads in the area.

The Development of Ealing

Ealing was rural until the coming of the Grand Union canal and, latterly, the Great Western Railway in the 1830s, with the great Brunel viaduct that still spans Brent Lodge Park (affectionately known as the Bunny Park). The railway brought development, and the villages were gradually swallowed up by buildings. In spite of this, many of the areas have maintained the use of their old village names, such as Little Ealing, Northfields, Perivale and Hanwell.

The Uxbridge Road was widened and became much busier, with many more shops and buildings being built along it. For many years, trams and trolley buses (now replaced by buses) ran on various routes stretching out from the road. Ealing Broadway became the borough's main shopping centre, though there are other parades of shops throughout the area.

For many people, one of the best things about Ealing is the amount of parks and open spaces. Ealing is lucky in many respects as there are quite a few dotted about, and while some are simply areas of grass with accompanying playgrounds for small children, others have bowling greens and tennis courts, or historic features left over from the time when they were gardens to country houses.

Walpole Park is a good example. It used to be the gardens to Pitzhanger Manor, which presently hosts art exhibitions and local events. The park still has many features from its time as the manor's gardens, including fountains and ornamental ponds. More recent additions since it became a public park are a children's play area, tennis courts, a cafe that opens in the summer and a wildlife area that has been home to many animals over the years. It has recently been saved by local residents who campaigned against the council's decision to close the site2.

Gunnersbury Park is another good example, being part of the old Gunnersbury estate owned by the Rothschilds. Gunnersbury House has been run as a museum since 1929, displaying various exhibitions about the history of Ealing and Hounslow. The park has a boating lake, nine-hole golf course, football and cricket pitches, children's play area, and a cafe open in the summer months.

One of Ealing's most famous buildings is Ealing Studios. Since 1904, when William George Parker bought the site known as West Lodge, many films have been made in Ealing, including Battle of Waterloo (1913) and Jane Shore (1915). However, the most well-known Ealing films are its post-war comedies after the Studios were taken over by a production company which became Ealing Studios Ltd. These include Passport to Pimlico (1949), Kind Hearts And Coronets (1949), The Lavender Hill Mob (1951) and The Ladykillers (1955). When, in the mid 1950s, the studios were sold to the BBC, a number of BBC programmes were made, including Colditz and Fortunes of War. The site is now run by Fragile Films. The studios have also been rented out for films such as Star Wars - Episode 2 (2002), and Notting Hill (1999), as well as TV productions such as The Royle Family (1998 ongoing).

Ealing's film-making tradition does however extend beyond studio confines, with films also being shot in locations around the borough. Recent ones include The Importance of Being Earnest (2002) at Pitzhanger Manor, Bend It Like Beckham (2002) at Southall Broadway, Calendar Girls (2003) at the Ramada Jarvis Hotel, Ealing Common, About a Boy (2002) at Acton Town Hall, and Love Actually (2003) at Blenheim Road/The Avenue.

Since 1910, films have been shown in Ealing, and at one point there were eight cinemas dotted about the area. Today, only one remains - opposite the town hall, currently run by the Empire chain. This cinema was originally built with one screen, opening in 1934 as The Forum. It was divided into three screens in the 1970s due to demand to show a larger number of films.

Both cinemas in Northfield Avenue - The Elite and The Avenue - are used as religious centres, though much of the exterior and interior of The Avenue still remains today.

All the other cinemas have been demolished, including the Walpole (though its facade was left) and the cinema at the junction of Northfields Avenue and Uxbridge Road, the latter having been knocked down in 2005. This cinema was first opened as The Kinema and was then rebuilt as The Lido in 1928. Although used towards the end of its life for bingo, snooker and Asian films, the building had fallen into disrepair. The corner is still affectionately known by locals as The Lido and the developers named the new building Lido Court after local pressure caused them to rethink the proposed Galloway Court.

Well, if you fancy seeing the largest Sikh temple outside of India, the beautiful Sri Guru Singh Sabha is in Southall. Carry On star Sid James lived in Gunnersbury Avenue, and the London Motor Cycle Museum is in Greenford. Ealing has its own Abbey, founded in 1897 and raised to Abbey status in 1955 - it can be found in Charlbury Grove.

Although more scary than exciting, Ealing was the victim of an attack, on 3 August, 2001, when the large mainline and underground station of Ealing Broadway was the subject of an IRA bombing. It caused widespread disruption, both in the local area and further afield3. Two members of the so-called Real IRA were convicted in 2003.

Once known as the 'Queen of the Suburbs', mainly due to its large open spaces and 'better than average' development due to the good transport links, Ealing has certainly changed over the last 200 years from a cluster of villages with orchards and farms to a highly populated suburb of London.

1From the Mid Year estimates 2006, taken from the Ealing Local Government website.2The council were claiming that it was too expensive to look after the animals and maintain the enclosures.3Including this Researcher, who was trying to get to Hanwell at the time.