How to Make a Prophecy Content from the guide to life, the universe and everything 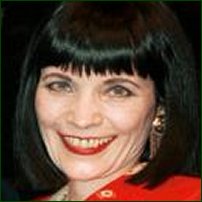 For many, the potentially high-reward job of divine oracle is worth the risks of ritual execution for blasphemy that tend to accompany it. Even in more modern professions such as that of stock market investor, the ability to see future events can be quite handy. Unfortunately, it can be almost impossible to find reliable training in this valuable soft skill. We therefore present the handy h2g2 guide to making and fulfilling your own prophecies.

There are ten widely recognised methods of making accurate prophecies.

1. Predict Something That Has Already Happened

The classic method of prophecy: this works best if you claim to have made your prophecy much earlier than you actually did.

For example, the Old Testament book of Genesis (agreed by most scholars to have reached its current form sometime around 550 BC) predicts the fall of Canaan in around 1100 BC1. Tamara Rand predicted that US President Ronald Reagan was in danger from someone with the initials JH - but sadly, neglected to record this prediction until 24 hours after John Hinckley attempted to assassinate Reagan.

2. Predict Something That is Very Likely to Happen

Is there a 'John' in the audience?

3. Make Such a Large Number of Prophecies That Some are Likely to be Fulfilled

This is also known as 'spread betting'. You can point to your successes and conveniently ignore your failures. Better still, try to be in a large group of people, each of whom makes one prophecy - that way, whoever makes the most accurate prophecy can claim that they are the 'true messiah' and the others are all frauds.

4. Make Such a Vague Prediction That Almost Anything Could Fulfil it

The river that tries the new Celtic heir
Will be in great discord with the Empire:
The young Prince through the ecclesiastical people
Will remove the scepter of the crown of concord.
- Nostradamus.

Along with method one, this is the favoured tactic of most historical prophets. The Delphian Oracle famously told Croesus of Lydia that if he attacked Persia, he would 'destroy a great empire' - without specifying whether that empire would be the Persian empire or the Lydian.

This is probably the hardest type of prophecy to make.

Those who deal with the financial markets, from small investors to governments, have a habit of making rosy forecasts. There is a good reason for this - growing markets attract investors, and investors cause growth. The reverse can also happen in a recession, with a lack of investment leading to dismal forecasts, which deter investors.

6. Predict Something You Have the Power to Make Happen

We predict the next word in this Entry will be 'make'.

7. Make Predictions That can Never be Checked

Although this doesn't give you a fulfilled prophecy, it does allow you to claim indefinitely that your prediction is accurate, and you can never be proved wrong on this. For example, you may put no time limit on your prophecy, or you may predict something that cannot be detected by humans. Heaven's Gate believed that a UFO was hidden behind the Hale-Bopp comet, where no Earth-bound telescopes could see it.

8. Falsify Events to Make it Appear Your Prophecy Has Been Fulfilled

It appears that the writers of the gospels known as Matthew and Luke based their accounts on the previously-existing gospel of Mark, but added in details that allowed Jesus to appear to fulfil Old Testament prophecies such as being born in Bethlehem or not having bones in his legs broken on the cross.

9. Claim the Events Fulfil a Prophecy Even When They Don't

Not convincing, but it has been tried. You can claim that the prophecy has been misinterpreted, or that it was allegorical. Saying it was fulfilled 'in spirit' is always a good ploy, as it means nothing. Another fairly standard tactic is to skip those parts of the prophecy that are wrong, such as dates or places - see also points 7 and 8.

10. Have Knowledge of Future Events

None of the above actually rules out the possibility that your prophecies may truly be from a god or gods, or that you may have psychic visions of the future. Two convincing indicators are that they always come true, and they do not fit into any one of the above categories.

Insider dealing or scientific calculation can also help here, but why bother with all that effort when you have nine other perfectly good ways of foretelling the future?

No list would be complete without an 'other' category. Imaginative frauds may not quite fit any of the above categories, or may fit several. Here is one such example.

You first need someone to whom the gender of their unborn children is very important - for this example, we will say they want a son.

The seer demands payment in advance, then says: 'Ooooh, I see you will have a son!' To give a guarantee to the desperate parent he says he will write the outcome ('Boy') on a piece of paper, put it in a sealed envelope and leave it in a safe place somewhere (eg, a bank's safe).

Now the trick is to switch the note for one reading 'Girl' without the mark realising, before sealing the envelope. If the child is a boy, the parent is happy and will not demand to see the note. If it's a girl, the seer can still 'prove' he predicted a girl.

1Some claim that parts of the Book of Genesis are much older and that this is a genuine prediction - see point 10.