Silence as a Mark of Respect Content from the guide to life, the universe and everything 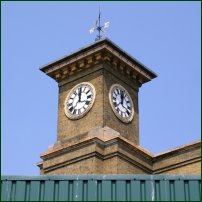 For almost a century, periods of silence have been considered in many countries to be the utmost mark of respect and remembrance following a tragic event or death of a public figure. Usually lasting between one and three minutes, they range from silences observed locally by small groups to those partaken nationally or internationally to mark events of great note. During silences it is also known for public transport to grind to a halt, and national silences can now also involve the cessation of all activity, even in the workplace and at school.

The two minute silence should not be confused with a 'moment of silence', a part of the school day included by some schools in the USA to bypass the decision made in the 1960s that it was unconstitutional to allow institutionalised prayer in schools.

The first recorded period of silence in remembrance of fallen soldiers took place in Cape Town, South Africa in 1916 when the Mayor ordered that a two-minute silence be observed after the reading of the list of South African casualties from World War I. Records also suggest earlier silences being held after the re-sinking of the USS Maine in 1910, after the sinking of the Titanic in 1912, and after the death of a Portuguese official, also in 1912. The idea was then suggested by Edward George Honey, a journalist from Melbourne, Australia1. A letter to the London Evening News on 8 May, 1919, led King George V to order a two-minute silence on the very first Armistice Day on 11 November, 1919. A national two-minute silence has been held on every Armistice Day as well as on every Remembrance Sunday ever since, including during World War II, after which the silences were used to remember the dead from both World Wars - footage from the 1945 service at the Cenotaph in London still exists. Two minutes is now also the standard length for a period of silence in the UK, despite the way in which the popularity of the Armistice Day silence fell greatly during the late 20th Century, only properly being revived in the 1990s.

Today, almost every country maintains some form of the tradition of observing a silence after certain events, some of which may have originated separately, and it is in fact one of the traditions most strongly associated with remembering war-dead, along with the Last Post and the Unknown Warrior traditions found across the globe. The tradition of the silence has itself expanded to include the flying of colours at half-mast and the tipping of flags as a mark of respect.

A period of silence is almost always observed after the death of royalty, but the practice is also extended to include beloved public figures and those who have died in heroic or tragic circumstances. A particularly famous example was the death of Diana, Princess of Wales, whose funeral and the accompanying minute of silence were covered fiercely by the national press. Five minutes of silence and darkness were observed across Poland after the death of Pope John Paul II, while ten whole minutes were used by fans in Liverpool to grieve the death of John Lennon. Liverpool's silence to honour the death of hostage Ken Bigley in 2004 led to comments by Boris Johnson accusing Liverpool of 'mawkish sentimentality'.

Most commonly, tragedies which affect an entire nation will warrant a nationwide period of silence either a week or a year after the event occurs, with special ceremonies occurring on that day and with the media providing special coverage of events. In the case of recent major incidents, mostly consisting of mass acts of terrorism and natural disasters, it is common for many countries across the world to join in. Examples of events which led to international periods of silence have included the 11 September, 2001 attacks in the USA, the Bali bombing in 2002, the Madrid train bombing in 2004 and the 7 July, 2005 London bombings, as well as the Indian Ocean earthquake and tsunami in 2004. The silence held by the USA and most other countries extended to three minutes on 11 September, 2002, but the UK stuck to its standard two-minute silence as usual, thus avoiding turning the length of a silence into a measure of its importance.

Periods of silence are sometimes observed at sports grounds before the start of a match, either in order to mourn the death of someone associated with the club in question or to join in with a nationwide observation of silence after a tragic event has occurred. Examples of the latter include the Munich Air Disaster, the Heysel Stadium Tragedy and the Hillsborough Tragedy. Silences have also been held after the deaths of famous figures, such as the one held at football matches across the UK after the death of Sir Matt Busby in 1994. At football matches, the players and officials gather in the centre circle while a request is made for 'all true supporters' to observe the silence, the start and finish of which is marked by the referee's whistle. The sudden change in atmosphere between almost complete silence and the sound of tens of thousands applauding and cheering after the second whistle is usually quite impressive. After most silences held at sporting events the players will also wear black armbands throughout the match.

It has also been known for fans to observe a minute's applause, with one of the first examples occurring a year after the death of Jock Stein in 1985. Another example was the round of applause used to mourn the death of George Best in 2005, but the practice is generally much less common than the traditional period of silence. Even rarer is the mark of respect which Coventry and Sheffield Wednesday agreed to have before their fixture at The Ricoh in 2006 in order to mark the death of two Wednesday fans in a car crash after the same fixture the previous year - the players ran out to the Wednesday song 'Hi Ho Silver Lining', with both sets of supporters singing along.

When covered on television, it is common for the view to switch between various places where a national silence is being held, so that those watching silently at home can 'take part' more easily. Since radio stations do not broadcast pictures, periods of silence are simply observed without any fuss. The radio presenters will usually remain silent instead of cutting off transmission altogether, as the near-silence punctuated by quiet background noises is often felt to be more effective than a simple dead silence. However, this has led to problems in the past when automatic systems designed to keep listeners entertained in the event of an accidental silence have cut in, playing a loud jingle 90 seconds into a two-minute silence.

During the silence after the 11 September, 2001 attacks in the USA, BBC Radio 4 broadcast from the Clock Tower (colloquially known as Big Ben) at the Houses of Parliament in London, with the chimes marking the hours cutting into the silence. Meanwhile, the BBC World Service continued broadcasting throughout most of the silence, and Atlantic 252, another Long Wave service, noted the silence and then played quiet music instead. In Ireland, RTE Radio 1 broadcast the silence from a church, with the crying of a baby and shuffling sounds being present for a few moments.

However, one silence broadcast on the radio comes with a difference. In 2004, John Cage's 4'33" was performed live on BBC Radio 3, with the emergency back-up systems having been temporarily paralysed so that the sound of nothingness wasn't interrupted by a quirky jingle. Originally written in 1952, the piece's premiere was partially ruined by the sound of people walking out in disgust.

Interrupting a period of silence remains a great social taboo to this day, as this sort of behaviour is generally considered to be an insult aimed towards the person or people being remembered. However, there have been incidences in the past where silences were broken, with the more famous ones making the news due to the upset caused. In 2002, BBC commentator Tom Fleming caused controversy after talking over a silence held at the Queen Mother's funeral, but the BBC claimed that the silence was 'unofficial' and that it had not broken any rules. A more serious, and in this case literal breach of the peace came in 1937 when ex-serviceman Stanley Storey broke the Armistice Day silence at the Cenotaph in London with words such as 'All this hypocrisy!' Although it was discovered that he had escaped from a mental asylum, his words seemed to make enough sense considering that the world was remembering the dead while preparing to fight another World War.

There are, of course, places where silences cannot be observed, but these are few as special provisions are usually made if the silence is deemed important enough. Meanwhile, there are also those who do not observe silences, either through choice, poor memory or due to not knowing about the silence in the first place.

Finally, there is one event that makes itself the complete opposite of the periods of silence observed around the world to remember various events. On 5 November each year, the UK remembers the 1605 terrorist attack on the Houses of Parliament by a group of Catholic extremists led by a Mr Robert Catesby, but they do so with the utmost noise because the attack was a complete failure.