The NATO phonetic alphabet Content from the guide to life, the universe and everything 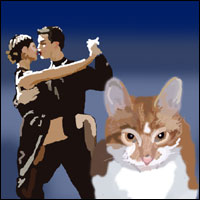 In its current state, the NATO (North Atlantic Treaty Organisation) phonetic alphabet stands as is shown below:

How It All Started

It did not start off like this - over time, the phonetic alphabet has evolved. The phonetic alphabet is a system created by the NATO allies in the 1950s that would be intelligible and pronounceable to all NATO allies in the heat of battle. It has another name - the radiotelephony spelling alphabet. It requires words to be spelled out by their letters; for example, arm becomes Alpha Romeo Mike, and south becomes Sierra Oscar Uniform Tango Hotel. All the letters sound different, so there is no confusion over long distances over what people are saying. The reason that any phonetic alphabet is (or was) used is because telephone, radio and walkie-talkie communications had the habit of crackling over long distances, blotting out whole words or even sentences. The normal alphabet cannot be used, because some letters, for example P, B, C and D sound similar, and over long distances were indistinguishable, so a new method had to be found. When the code was invented it was also considered that consonants are the most difficult to hear against a noisy background. Hence the sequence of vowels in the phonetic code played an important role when the code was invented, so that when you hear a noisy '-oo-oo' you know the letter is a Z. The vowel-sequence thing works for most (though not all) combinations of letters. All of the words are recognisable by native English speakers because English must be used upon request for communication between an aircraft and a control tower whenever two nations are involved, regardless of their native languages. But it is only required internationally, not domestically, thus if both parties to a radio conversation are from the same country, then another phonetic alphabet of that nation's choice may be used.

The NATO Phonetic Alphabet is not the only phonetic alphabet in use, but it definitely is the one used by the most people and countries. From humble beginnings as only being for the NATO allies, it has spread, becoming used in a huge variety of everyday situations. It is used widely in telecommunications and business, as well as being used for call signs for hikers going through areas of bush or forest; and being the internationally recognised way of communicating at sea and by air, using the NATO phonetic alphabet means you can get what you are saying through wherever you are in the world. It is therefore a very helpful way of communicating information.

Before the acceptance of the NATO phonetic alphabet, the British already had their own version. It was as follows:

The one used by the Royal Air Force during WWII, and which is used in war films especially those based in the era, was as follows:

After the war, because many of the pilots and engineers had been taken from commercial flights, the phonetic alphabet became commonly used in civilian communications. But as many sounds were unique to English, different countries started making their own. For example, an alternative 'Ana Brazil' alphabet was used in Latin America. But the International Air Transport Association (IATA), recognising the need for a single universal alphabet, presented a draft alphabet to the International Civil Aviation Organisation (ICAO) in 1947. It had sounds common to English, French, and Spanish, and after further study and modification by each approving body, the revised alphabet was implemented November 1, 1951, and is as follows:

Immediately, problems were found with this version. Some users felt that the list was so hard to follow that they reverted to the old 'able baker' alphabet. To identify the deficiencies of the new alphabet, testing was conducted among speakers from 31 nations, mainly by the governments of the United Kingdom and the United States. Confusion among words like Delta, Nectar, Victor, and Extra, or omission of other words under poor receiving conditions were subsequently found to be the main problems. After much study, only the five words representing the letters C, M, N, U, and X were replaced. The final version, shown at the beginning of this Entry, was implemented on March 1, 1956, and was adopted shortly thereafter by the International Telecommunications Union (ITU). Because the ITU governs all international radio communications, all radio operators also adopted it, whether military, civilian, or amateur. In the official international version of the alphabet, the non-English spellings Alfa and Juliett are found. Alfa is spelled with an f for the benefit of native Spanish speakers because they will pronounce 'ph' as if it were a p with a silent h – the English word alpha is alfa in Spanish. Juliett is spelled with a 'tt' for the benefit of native French speakers because they will treat a single t as silent – the English word Juliet is Juliette in French, but the ICAO did not adopt the final 'e' because it might be misunderstood by native Spanish speakers as indicative of a final syllable 'tuh'.

At some US airports, the use of 'Delta' is avoided because it is also the call sign for Delta Air Lines. 'Dixie' seems to be the most common substitute. 'Foxtrot' may be abbreviated as 'Fox' at United States airports. In British police work the use of 'India' has been replaced by 'Indigo'. Sometimes, in the Philippines, the word 'Hawk' is used for the letter H rather than 'Hotel'. In Indonesia, the word 'Lima' is seldom used since the word 'lima' means number five (5) in Bahasa Indonesia. Instead, 'London' is most often used. Many unofficial phonetic alphabets are in use that are not based on the standard, but are based on words the transmitter can easily remember. Often, such ad-hoc phonetic alphabets are based on (mostly) men's names, such as Alan, Bobby, Charlie, David, Edward, Frederick, George, Howard, Isaac, James, Kevin, Larry, Michael, Nicholas, Oscar, Peter, Quincy, Robert, Stephen, Trevor, Ulysses, Vincent, William, Xavier, Yaakov, Zebedee, or on a mixture of names and other easily recognisable (and locally understandable) proper nouns such as US states, local cities and towns, etc.