The Librarians of Beta Librae 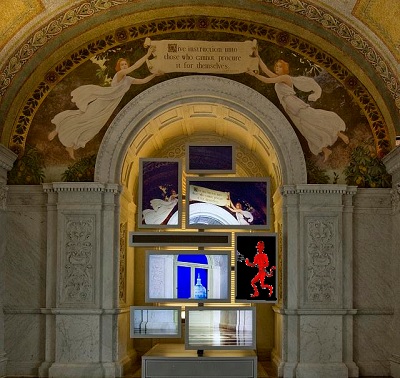 Most human bipeds are blissfully unaware that in every city, town and village, there is probably a Library.

Not that these apes are unaware of libraries as such, (ie: the big buildings full of ink-etched paper) obviously not, that would be dim even for these idiots!

No, they were blissfully unaware that there were Libraries.

Ever since the monkeys had given up scratching on rocks and had evolved (yeah, pitifully overstated, I know) enough to invent paper, the buildings they erected to house their books had drawn the Librarians from across the vast Nothingness to feast.

Food of the Goddess Elektra.

Even as far as Beta Librae they could smell that delicious delicacy. (Their dumb neighbours, (those losers from Alpa) drooled too, but space flight was still centuries beyond their clumsy technology.)

So the Librarians built ships, mega-vessels, and ventured out, across the Nothingness, to this backward planet.

Here they morphed, adopting the outward appearance of the primitive lifeforms that had, beyond all logic, managed to become the dominant species.

Every so often, their warrior genes surface, a harsh hushing, or a vicious finger wag, miniscule indicators to the blood-lust that lurks beneath.

People of Earth, tread softly as you read. Replace their food in exactly the same place from whence it came. Do not disturb the feeding frenzy with the harsh, grating, noises of your primitive tongues.

For the wrath of a Librarian is both swift and terrible.

You have been warned!