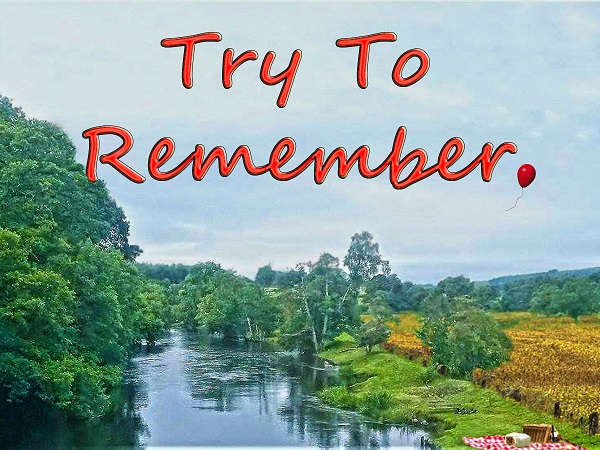 Try to remember the kind of September

When grass was green, and grain was yellow...

Why is this year not like other years? Want to make a list? There's a pandemic going about. There's unrest. Many things have happened in the previous eight months, and we didn't like most of them. (Okay, the commercial space flight was cool.) No wonder people keep saying things like, 'Did you have 'giant murder hornets' on your 2020 bingo card'? It's a lot to cope with.

As September ushers in the change of seasons – at least, in places where seasonal changes are a thing – we can be forgiven for waxing nostalgic about other Septembers. Ones where better things happened. Ones that stick in our memories as good times, times we'd rather be in.

Sure, bad things happened in those Septembers past, as well: terrorist attacks. Starting at that school you hated. A couple of wars… Bet you didn't think of them first, though. When the air changes and the nights get chillier, you probably think of the good times. Friends you made, places you saw.

So now, when we can't go to the harvest festival because we're worried about mask etiquette, and the kids are upstairs talking to their science teacher on Zoom, let your mind wander back to times less complicated. And then tell us about it. We could all use some inspiration from our memory banks right about now.

Try to remember when life was so tender

That no one wept except the willow…