It's in the Cards 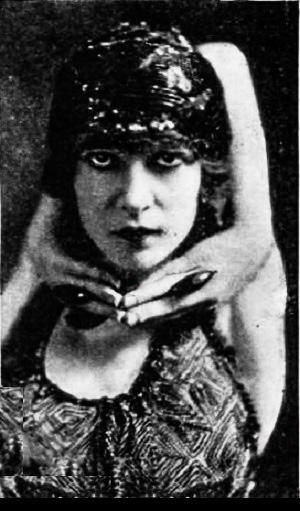 'Neither will I. I'm dining with Beatrice tonight.' I smiled, I always knew he had a soft spot for Lady Stockton-Ellis. 'What? You don't think I should?' he said.

'I'm not saying anything of the sort, you should go to dinner with whomever you wish, it's been ten years, Mama would not want you to be alone forever. I like Beatrice very much,' I replied. Father patted my hand in response. 'I'm going to Crockford's with Nell. I'll eat there.'

'Really? I've never known you be interested in gambling before,' Father said.

'It's Nell's idea. She wants to ask the Crockford's crowd if they know what Geoffrey's been up to,' I replied.

'Should you be doing that? Isn't that the job of the police?' Father suggested.

'The inspector thinks that he can just walk in to any Casino in Europe and the manager will just hand over his books and tell him everything he needs to know. He has no idea about the Code of Silence they employ, what is it those Italian criminals call it? An Omerta, yes that's it: an Omerta,' I replied. Father nodded.

I agree, he'll get nothing out of any here or in Monte Carlo or Nice. Anyway, enjoy yourself tonight,' he said, I kissed him on the cheek.

Nell picked me up at eight o' clock and we went to Crockford's. Nell signed me in as her guest. I wondered if I could get a look at the book and see if Geoffrey had been in lately. I looked at the doorman and decided that I probably couldn't.

I left my cloak with the attendant and went to get myself some chips.

'So, where do you want to start?' Nell asked.

'I think I'll stay away from the Baccarat and Vingt et Un tables. Everyone knows I read cards, so I don't want to be accused of cheating. I'll stick to Roulette,' I replied.

'I fancy Vingt-et-Un: see you later and keep your ears open,' Nell said.

I sat down at the Roulette wheel and placed some chips on Black 21. Luck was with me tonight and I found myself with a large pile of chips. After an hour of playing a man sat next to me.

'What-ho Amy, I've never seen you here before,' he said, I looked and saw it was Andrew Carmichael, Peony's older brother.

'Not so bad. Mother's in a frightful mood after what happened, insisting I come home and look after her and Peony. She's now worried about Daisy's ghost haunting her. How can I protect her from a ghost? I'm a soldier, not a spiritualist,' he replied.

'Not your fault, old thing, even though she likes to think it is. Poor Daisy must have been more unwell that we all thought,' he said.

'According to the police she was being poisoned. Lady Stockton-Ellis thought she was using strychnine as a beauty aid, like the Victorian women did, but I can't see that,' I replied.

'Unless she was trying to get Geoffrey's wondering eye back home,' Andrew remarked.

'So he was having an affair then? I'd heard the rumours,' I said. Andrew nodded.

'More than one, I think. I had seen him out a few times with different women and Rose on several occasions. Still, she's his sister-in-law, so I guess he's allowed to take her to dinner,' he said. I gave this piece of news some serious thought after what I'd witnessed earlier. Was Geoffrey really having an affair with his wife's own sister?

We played for a bit longer and then Andrew asked me if I fancied a bite to eat in the restaurant, I agreed. We sat at a table near the door so I could see who came into the club. We chatted about our set.

'Has Geoffrey been here lately?' I asked.

'Yes, he was here a couple of weeks ago, with Rose; he was quite flush too, which is odd because everyone knew he was broke,' Andrew replied.

'Maybe Rose paid; she has a large allowance,' I remarked. Andrew shrugged.

'Maybe,' he looked over to the door. 'I say, I've never seen him before,' he said. I looked over and gasped. Daniel Tempest was signing in.

Andrew looked up at my gasp.

'Do you know him?' Andrew asked.

'An acquaintance. I've read for him on a couple of occasions,' I stood up. 'I must go and say hello. Thank you for supper,' I kissed his cheek. 'I'll see you soon.'

I left the restaurant and went to search for Daniel, I found him in the bar.

'What are you doing here?' I asked.

'I could ask you the same question. Would you like a drink?' he replied.

'Gin and It, please, and stop changing the conversation,' I said. The barman prepared our drinks, Gin and It for me and Whisky and Soda for him, we collected our drinks and sat down.

'So why are you here? Daniel asked. I sighed.

'I'm here with Nell, looking for information on Geoffrey; I knew you wouldn't get any information out of the staff or members if you came in waving a warrant, but you're a member here, aren't you?' I said.

'I joined when I first came here; casinos and gambling clubs are a great way to pick up gossip,' he replied, I nodded. It's the reason I was here. I told him about what Andrew had told me, and my suspicions about Geoffrey and Rose.

'You know these people better than I. Would he really have an affair with his wife's sister?' he asked. I sighed again.

'I don't actually know Geoffrey that well, but I did know Daisy and Rose really well. Daisy seems to have grown a backbone lately; she used to be the meek and mild wife, letting Geoffrey get away with anything he wanted to. I'm guessing when his debts started to mount up she decided enough was enough and began to take charge, but she definitely change for the better, got some fighting spirit after being pushed around by her parents and husband,' I replied. Daniel nodded.

'Do you think he killed Daisy because she stood up to him?' Daniel asked.

'I don't know. Surely he wouldn't, not for something so inconsequential as putting her foot down, I replied. He sighed.

'I've known men kill their wives for not having their meal ready when they get home from work, so I wouldn't be at all surprised if he did. So what about the sister in law?' he said.

'I don't like Rose that much, too fond of getting her own way; she wants a husband with a title, and she doesn't care how she'll get him. She's got a hefty allowance and a huge dowry, so she could almost buy one if she wanted to,' I replied.

'Or share her money with one so he can live in a manner in which he's become accustomed,' Daniel mused.

'Would Rose really kill Daisy so she could marry her husband?' I asked.

We arranged to go back to the tables and see if we could find out anymore about Geoffrey, and we'd meet back in the bar in a couple of hours.

I went to the Vingt-et-Un table and found Nell doing well. She told me she had see Andrew and had some more information he'd given her. I went back to the roulette table and met up with some more friends who gave me some more tittle tattle about Geoffrey and Rose. I went to the cashier's window and exchanged my chips; I'd won about £150. I planned to give Mary a nice bonus the following day and bonuses to the rest of the staff. Nell and I sat in the bar and waited for Daniel; we didn't have to wait too long.

'Did you find out anything?' I asked. He shrugged.

'Nothing but gossip that you've already told me: he was broke, he'd been seen out with other women, including his sister in law, recently started coming back here again and spending,' he said.

'Andrew said that he'd seen Geoffrey and Rose getting...cosy in a number of night spots and parties, he also said that he'd asked Bertie Leicester-Warner if he could borrow his flat in Chelsea, for an assignation, for a whole weekend', Nell said.

'He didn't say, just assumed it was with a woman who wasn't his wife,' Nell replied.

'Did he give you any names of the women he'd see Geoffrey out with?' Daniel asked.

'A few, one name that did stand out was Peony Carmichael,' Nell replied.

'Peony! She's going to become engaged to Simon Fetherstonhaugh on her next birthday, remember her boasting about it when I did the fatal reading at her house,' I said. Nell nodded.

'And I said that Simon was only marrying her for her money because of his lifestyle,' Nell remarked.

'Lifestyle choices?' Daniel asked. Nell and I looked at each other, wondering how far we should go.

'He frequents the Hotel de France, among other places,' I said, recognition glimmered in his eyes.

I don't understand it, Peony and Geoffrey, why?' I remarked.

We finished our drinks and Nell and I decided it was time to leave and get a taxi, Daniel offered to walk us both to the taxi rank.

We stepped out into the cool night air. I wrapped my cloak around me a bit tighter. My mind began to wander: was I wrong about Geoffrey and Rose having an affair? Where did Peony fit into this? And who killed Daisy? A scream bought me out of my reverie.

Daniel grabbed me and pushed me to one side. A body hit the floor where I had been standing. Daniel tried to shield me, but I caught a glimpse of his face.

'Go and find the constable at the corner, tell him what's happened and tell him to get backup,' one of the young men ran off to find the constable, 'Take these young ladies back inside and give them a brandy, they've had a nasty shock,' he said. The doorman led Nell and myself back inside to the bar and ordered coffee and brandy to be bought over to us. We were shaking; this wasn't a game anymore. A man had died because of our meddling.

'It's nothing of the sort. You mustn't think like that: it is not your fault, there is probably all kinds of explanations as to what happened, we're not to blame,' she said, her bravado slipping, but I wasn't convinced.

Daniel and a constable took our statements and then sent us both home with an escort. As we pulled up at the house, I noticed the light was still on; word had probably already reached Father about what happened to Andrew. I bid a goodnight to the constable and thank you, then I ran up the steps, I wanted my father more than ever tonight.

It's in the Cards Archive