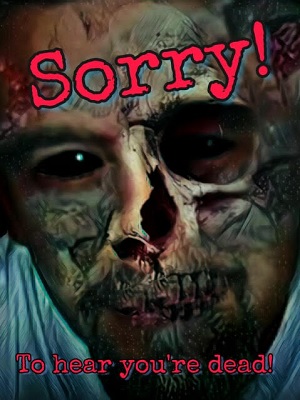 I grew up on trashy horror movies, pulp sci-fi, and comic book gore, so I was expecting the End of the World to be, well, a little more exciting maybe?

Hours and hours of TV news loops, Houses of Parliament playing verbal volleyball, blaming everyone from the last Liberal government to those sneaky Russians for the slow, inexorable Extinction of Humankind.

He was actually almost right. Not about bacon, but the flesh-eating bit.

Herds of dearly departed were indeed milling around DC, and London, and Moscow - you get the idea, the world was screwed!

But no flesh eating, not even a nibble, the zombies (and that's like calling a kitten a man-eating sabre-toothed tiger) simply milled about in herds, touching people's shoulders, in a polite but unnervingly rotten fleshed way, whispering "Sorry!"

'Sorry to hear you're dead, would you like to join us for a bit of milling about and a lot of apologising?'

The last of us exist in small groups, heavily padded shoulders, and ears defended at all times. Some continue to work towards a cure, others simply accept the apologetic touch and join the herds.

Think I'll go out for a walk.