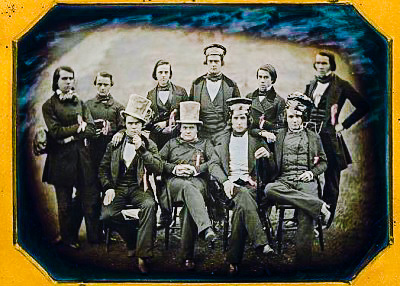 Normality is your FRIEND!

Norm(rea)lity, it's just an illusion to make people feel that they are included, that their voices are heard and they matter as fellow beings – a real person with a real identity. Corr, I'm Norman Normal!

Normal is a wrapper like a duvet to feel warm inside, even if the house is flooded and that smashing noise is from the shattering of your hallway landing window as the RNLI break in to see if the house has any stubborn gits left in it who ignored a flood evacuation instruction.

Normal is safe, normal is secure, normal makes sure nothing bad happens to you or your family because normal is your friend.

Normal stops you from realising that you are a little prisoner who self-policed him/herself into a small dull little box called home and sweats out an anxious little work-slave existence in a squalid workplace that extracts your labour for as near zero as it can get it for.

You are no one to Normal, Neo-lib financial tyranny had forged your economic enslavement through your debt. You belong to it, yet delude yourself that you are free to choose! Yeah right, you are only free to do as you are told!

Freedom is only for the super-rich and the royals, the political super-scurrilous and other supreme parasites. Their biggest challenge in life is to have high-profile stories told by their media chums praising their humanity and 'success' believed by the voting illiterate so that their party can go on.

Since September 11th, 2001 'Normal' has been put through the shredder like a jellyfish spat from the propeller blades of a power boat, driven by Bucanneer Capt'n George Bush while able seaman Blair crawls falteringly onto its bow to hoist the battle ensign as cameras roll on cue of the complicit world's media.

Normal cannot be reassembled, normal disappeared from view slowly as it sank in a thousand shreddings to the sea bed. Champagne corks popped like an unending thunderclap in corporation boardrooms and conservative campaign offices, a new big bad wolf ("Al-Someone") who had been born to some Saudi aristocrat called Bin Laden.

Tell this to the sleepwalking deluded and you face rejection or sneers and scoffs. Possibly you might be just abandoned by former friends or colleagues who won't hear that they are steerage passengers on a falsely-flagged 'unsinkable' economic system, that is crewed and captained by lunatics and psychopaths.

Now be a good little consumer and finish up your big bowl of Serf Crispies and get to work!

A lone figure reached a corner of a corridor and slowly peered around it. All was clear and no sounds of approaching feet gave confidence.

Temples pulsed as the figure slid around the corner and with back to the corridor wall tracked along the edge of the thick carpet runner.

Step by step, making no noise.

Unsure of the destination the figure listened at each door along the corridor in succession, a kitchen, possibly a cupboard, a meeting room and a lift.

Carefully the figure passed a vase on a small table, bristling with petalled cuttings that might catch in clothing and give away the event.

Suddenly someone appeared through a door ahead into the corridor, pulse raced as a nearer door offered the only escape from discovery, in a jump it was opened and entered...........

"Good Morning Mr President," came the chorus from the room, can we now begin work today?